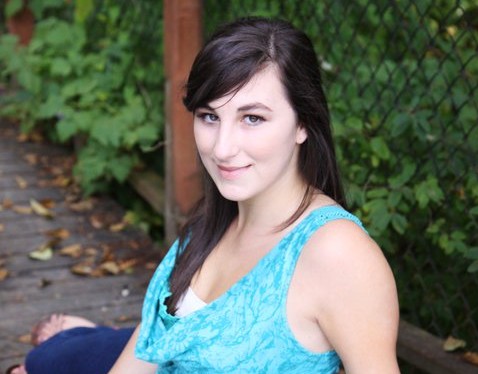 Taryn Harris, a junior at the UW, is majoring in History and minoring in Jewish Studies and Spanish.

Harris, a History major who is also minoring in Jewish Studies and Spanish, has been interning at Historylink.org since January. The site is a not-for-profit corporation which describes itself as “the free online encyclopedia of Washington state history and the nation’s first original encyclopedia of community history created expressly for the Internet.” One-third of its visitors are K-12 teachers and students, and the site averages 5,000 unique visitors per day.

Harris’ internship this year, arranged through the Department of History, entails writing articles, editing photos and content, and helping to organize events for Historylink. Prof. Naar supervised the writing of her article (available in full at this link), which covers the sweep of Sephardic Jewish history from the expulsion from Spain in 1492 to settlement in the Ottoman Empire and immigration to America. Harris then details the waves of Sephardic immigration to Seattle and explains how the Sephardic population contributed to Seattle’s cultural scene. She concludes by examining the local Sephardic community today, highlighting the role of UW Sephardic Studies in helping to preserve Ladino, the endangered language of Sephardic Jews.

Harris’ article is accompanied by several archival photographs from sources like UW Special Collections and the Washington State Jewish Historical Society, where she is also currently interning.

In addition to the history courses she has taken with Prof. Naar, Harris has been able to expand her expertise in Sephardic culture thanks to the classes offered this year by David Bunis, the Schusterman Visiting Professor of Israel Studies, who is a world expert in Ladino (also known as Judezmo or Judeo-Spanish). Harris commented that Bunis’ courses have been “a great intellectual challenge since I am already fluent in Spanish and I am generally very interested in history and how it collides with Judaism.”

Originally from Bellevue, Washington, Harris is a student leader involved with Washington Students for Israel, Hillel UW, and Pre-Law Society. She also studied abroad in Spain during the fall quarter of 2013. With the skills she is gaining through her Sephardic Studies courses and her internships, one thing is for certain: wherever Taryn Harris goes next, she will be making history.

Want to see more articles like this?  Sign up for our newsletter!
⇒ Learn more about the Stroum Center for Jewish Studies at the University of Washington, our Sephardic Studies Program, or our Israel Studies Program.
Note: The opinions expressed by faculty and students in our publications reflect the views of the individual writer only and not those of the Stroum Center for Jewish Studies.
By Hannah Pressman|2017-09-04T22:42:18-07:00April 29th, 2014|Categories: News|Tags: David Bunis, Devin Naar, History, Ladino, Seattle Jewish community, Sephardic Studies|0 Comments