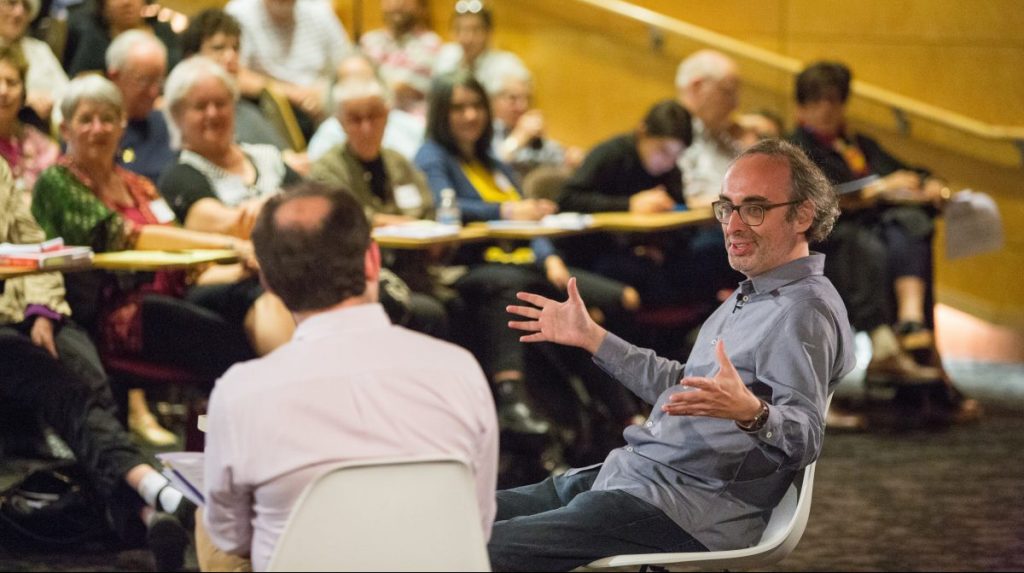 On May 9, 2018, author Gary Shteyngart and Professor Sasha Senderovich of Jewish & Slavic Studies sat down to discuss Shteyngart’s forthcoming novel, “Lake Success,” and Gary’s foray into the world of hedge fund management and Trump’s America, in the second of two 2018 Stroum Lectures in Jewish Studies. Videos of this event are now online below and on YouTube.

“I Alone Can Fix It: Tales from the New Dystopia” Entire Event

As part of the event, Shetyngart read an excerpt from the new book:

Writes Ph.D. student and past Jewish Studies Graduate Fellow Denise Grollmus, “As promised, Lake Success’s main protagonist is not a Russian Jew, but a breathtakingly loathsome Jewish American hedge fund manager by the name of 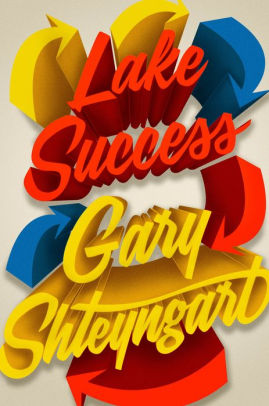 Barry Cohen. It is set not in some distant dystopia, but in the 2016 America that elected Trump. When we first meet Barry, his torturously curated life—one in which he collects people like he does antique watches—is falling apart. Under investigation by the SEC and unable to come to terms with his three-year-old’s diagnosis of autism—a word he and his wife can barely bring themselves to say aloud—Barry decides to flee the cracking veneer of his .01 percent life. But rather than jumping on a private jet and heading off to some landscape inaccessible to most of us, Barry books a ticket on a Greyhound bus (which is what Shteyngart did while researching ‘Lake Success’) in search of the America he’s read about in Kerouac novels and seen on HBO, while also hurtling himself toward the distorted nostalgia of his past self.

Of course, Barry, whose imagination is constrained by every imaginable American cliché and a total lack of self-awareness, doesn’t find what he’s looking for. Instead, he leads the reader on a journey through the American south that is at once anxiety-inducing, hilarious, and tragic. Throughout his misadventures, Barry encounters the lives of Americans who are completely incomprehensible to him outside the books written by the dead white men he worships, or the stereotypes streamed through the flat screen in his 10 million-dollar Manhattan apartment. But, God bless him, Barry does try. His journey is one propelled by the simple, yet eternally relatable desire for authentic connection—one that has been disabled by the divisive social forces of mass media and capital in the Facebook era.”