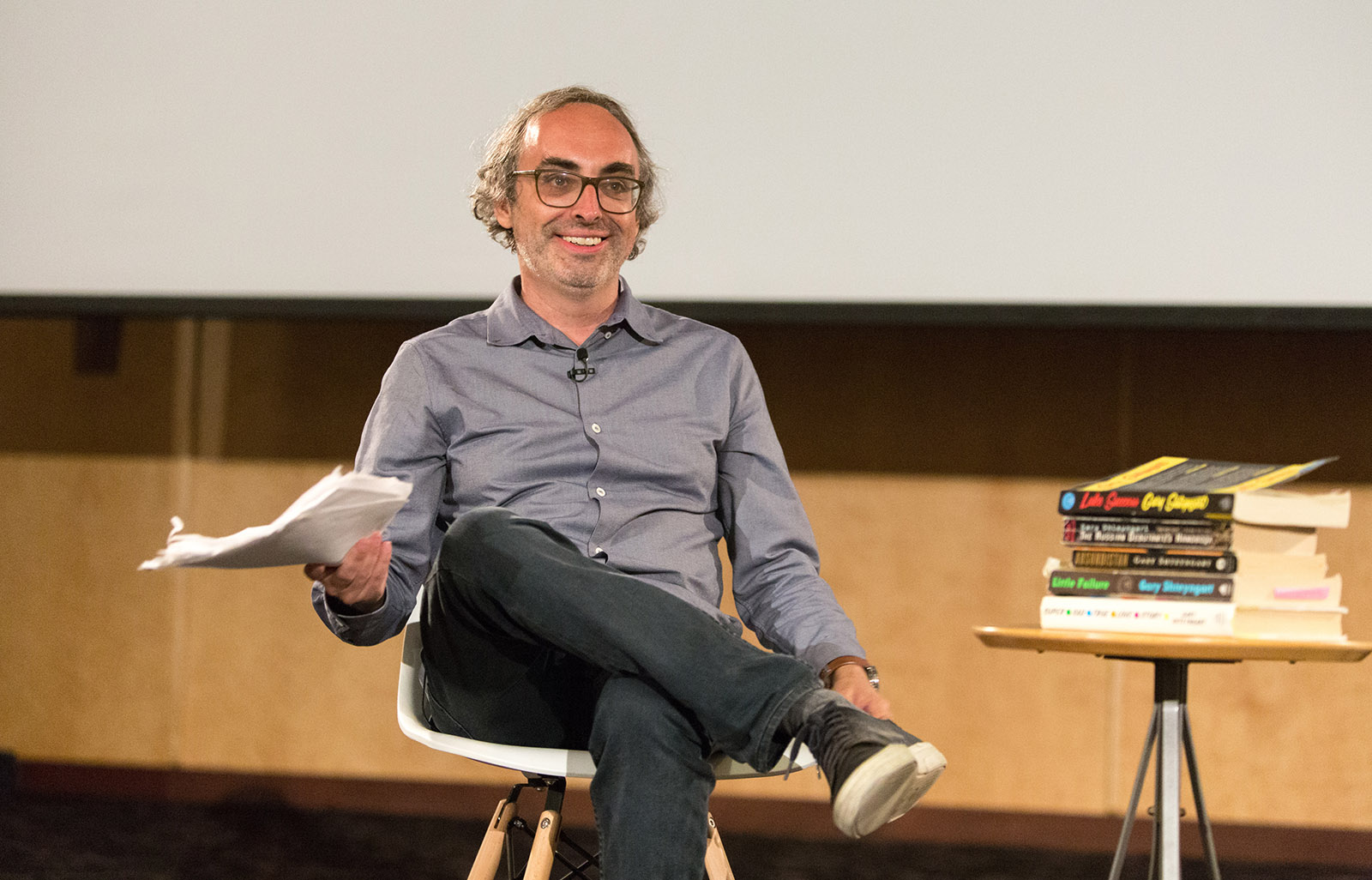 On May 7, 2018, author Gary Shteyngart and Professor Sasha Senderovich of Jewish & Slavic Studies sat down to discuss Shteyngart’s memoir, “Little Failure,” in the first of two 2018 Stroum Lectures in Jewish Studies. Videos of this event are now online below and on YouTube.

“Failure is an Option: Immigration, Memory, and the Russian Jewish Experience” Entire Event

Later in the evening, Shetyngart read selections from his book:

Writes Ph.D. student and past Jewish Studies Graduate Fellow Denise Grollmus, “Shteyngart’s fourth book, ‘Little Failure,’ was meant to mark the end of an era. Not only did the project find Shteyngart working in a new mode, but the book was also intended as a sort of ‘fire sale’ of personal material. The plan was to painstakingly mine his past of every last detail so that there would be none left for his future fiction. 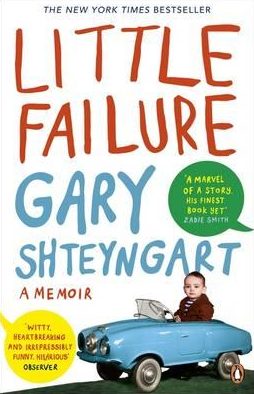 But there was a tender motive for ‘Little Failure,’ too. Shteyngart, now a father, wanted to recount for his son what life had been like in (and after) the Soviet Union. In order to do so, Shteyngart said he couldn’t ‘hide in humor’ or in the familiar satire of his previous works.

But that doesn’t mean the book isn’t funny. It’s hilarious—a hilarity that Shteyngart attributes to the Soviet jokes and uncanny sense of the absurd that served as a mode of Soviet survival, and that described not only his childhood in Leningrad, but life in his family’s NYC home, a Russian-only zone hermetically sealed off from American culture, including television. In many ways, ‘Little Failure’ allowed Shteyngart to engage in a studied exploration of the roots of his humor and the different forms of laughter—both empowering and not—that defined his life.

The fact that the comedic tone and stylings, both totalitarian and subversive, of his USSR youth have become so resonant today also seemed, to Shteyngart, to speak to a troubling fact. Where, after the fall of the Soviet Union, he assumed that Russia would become more like the US, the opposite has proven true. Even the recent rise of anti-Semitic attacks seem to smack of Soviet sensibilities, he said, leaving Shteyngart to wonder: ‘I grew up in a dystopia—will I have to die in one too?'”