Naar to lecture on Salonica’s Jews at the Sephardic Temple in Cedarhurst, Long Island

For immediate release—Professor Devin E. Naar, chair of the Sephardic Studies Program at the University of Washington, will give the first Mildred and Dr. Harry Quain memorial lecture at the Sephardic Temple in Cedarhurst, Long Island. Prof. Naar’s talk, “The ‘Jerusalem of the Balkans’: The Rise and Fall of the Jews of Salonica,” sponsored by the Sevy Memorial Library Fund, will take place at the Sephardic Temple in Cedarhurst on Wednesday April 13, at 7:30 pm. It is free and open to the public. 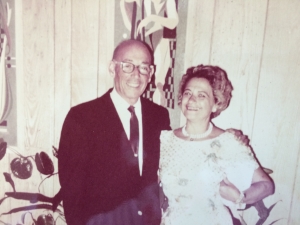 Julia and Emanuel Sevy, longtime members of the Sephardic Temple in Cedarhurst Long Island in whose honor the Sevy Memorial Library Fund was established. (Courtesy of Estelle and Julie Quain)

Both of Mildred Quain’s parents, Julia and Emanuel S. Sevy, were natives of Salonica (Thessaloniki), Greece, and numbered among the founding members of the Sephardic Temple in Cedarhurst. The topic of Prof. Naar’s talk, on the Jews on Salonica, honors the family heritage and legacy. The talk also serves to link the Sephardic cultural activities on the east and west coasts and represents the dedication of the University of Washington’s Sephardic Studies Program, housed within the Stroum Center for Jewish Studies, to public scholarship not only in Seattle but across the country and beyond.

Once home to the largest Ladino-speaking Jewish community in the world, the Aegean port city of Salonica (Thessaloniki) provides a unique window into the broader Sephardic Jewish world. In this lecture, Professor Naar will explore the history of this “Jerusalem of the Balkans,” where Jews represented half of the city’s residents and the port closed every week in observance of Shabbat. Drawing on original research materials in six languages that form the basis of Naar’s forthcoming book, Jewish Salonica: Between the Ottoman Empire and Modern Greece (Stanford University Press), the lecture will focus on the dramatic changes that accompanied the collapse of the Ottoman Empire and the rise of modern Greece in the 19th and 20th centuries. To what extent could Salonica’s Jews remain Jewish while also becoming Greek?. Ultimately, the Nazi occupation of Salonica resulted in the complete destruction of the city’s Jewish community and few echoes of the memory of Jewish Salonica may be heard today.

Julia Sevy emigrated from Salonica in 1918, following a disastrous fire in that city the year before (1917). In New York, she met her husband, Emanuel, also from Salonica. The couple became active in the Sephardic community in the Bronx prior to their involvement in the Sephardic Temple in Cedarhurst. When Emanuel passed away, Julia established the Sevy Memorial Library at the Sephardic Temple in honor of her late husband. After Julia’s passing, her children and grandchildren continued to contribute to the fund.

Last year, Julia and Emanuel’s eldest daughter, Mildred Quain, passed away and left a generous bequest in memory of her parents and her husband, Dr. Harry Quain, for the maintenance and growth of the Sevy Memorial Library. Prof. Naar’s lecture is the first public program stemming from the most recent bequest.

A librarian by profession and a great lover and supporter of the arts, Mildred Quain spoke Ladino as her first language and cared deeply for her family’s cultural heritage. Her husband, Harry, also proud of his Sephardic background, had family roots in Izmir (Smyrna) and Çanakkale, Turkey. As a well-recognized dentist, his more than 50-year practice catered to many Sephardim from both his and his parents’ generation.

About the Sevy Memorial Library Fund

The Sevy Memorial Library Fund seeks to enhance the existing collection through the addition of books and periodicals of Jewish, and especially Sephardic, interest. The library already contains many classics of Jewish literature and letters and these will be increased in number. The Fund will maintain the library as a center for learning for the synagogue membership and broader community.

About the Sephardic Temple 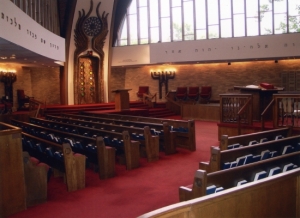 Interior of the sanctuary of the Sephardic Temple in Cedarhurst, Long Island (source: thesephardictemple.com/photo-gallery)

Serving Long Island’s Five Towns, the Sephardic Temple at Cedarhurst was founded in 1963. According to scholar Aviva Ben-Ur in her book Sephardic Jews in America, the founding members of the Sephardic Temple were Sephardic Jews primarily from Monastir (Bitola, in today’s Former Yugoslav Republic of Macedonia). During their service in the American military during World War II, some of them came into contact with Conservative Judaism and decided to create a Conservative-style synagogue outside of New York City that preserved Sephardic customs and practices. Rabbi Arnold Marans, ordained by the Jewish Theological Seminary in 1953, has served as the rabbi of the Sephardic Temple since its founding, learned the Sephardic traditions, and has sought to instill them in the younger generations.

For Prof. Naar, the opportunity to speak at the Sephardic Temple in Cedarhurst is of special significance given his family connection to the congregation. His late great uncle, Jacob (“Jack”) B. Naar, was also from Salonica, like the Sevys, and similarly numbered among the congregation’s founding members. Jack also twice served as the president, and served as the chairman of the Board of Directors; his wife, Frances L. Naar, was the first president of the Sisterhood. Honored by the Sephardic Temple in 1972 for his service to the community, Jack wrote that the Sephardic heritage “is a mirror held up to the faces of the world which reflects the achievements and the code of ethics of our Sephardic Jewish peoples.”

Want to see more articles like this?  Sign up for our newsletter!
⇒ Learn more about the Stroum Center for Jewish Studies at the University of Washington, our Sephardic Studies Program, or our Israel Studies Program.
Note: The opinions expressed by faculty and students in our publications reflect the views of the individual writer only and not those of the Stroum Center for Jewish Studies.
By Ty Alhadeff|2017-09-04T22:41:32-07:00March 30th, 2016|Categories: Sephardic Studies|Tags: Devin Naar, History, Ladino, Sephardic Studies, Ty Alhadeff|1 Comment