“Fill the Void” is a stunning Israeli film

Above: The theme song for “Fill the Void,” Rama Burshtein’s stunning new film set inside the Israeli haredi community, is an a capella version of Psalm 137, “If I forget thee O Jerusalem.”

The phrase ba’al teshuva translates to “master of repentance” or “master of return,” and typically refers to Jews who did not grow up observant (orthodox) but later became religious. Rama Burshtein, the ultra-orthodox (and ba’al teshuvah) female director of the 2012 Israeli film Lemaleh et Hahalal, or Fill The Void, offers a unique window onto a haredi community that can be difficult for outsiders to access. Despite the unlikely (and important) identity of its director, the film stands on its own as a beautiful tribute to the struggles of any family. 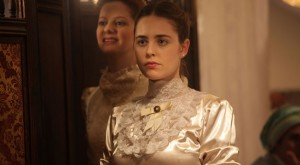 The film uses non-Orthodox Israeli actors. The plot follows 18-year-old Shira Mendelman and her family, haredim living in Tel Aviv. Shira’s sister, Esther, dies in childbirth, leaving her newborn son Mordechai in the care of her husband, Yochay, and the Mendelmans. Six months after Esther’s death, Yochay’s mother approaches Esther’s mother Rivka and tells her that it is time for Yochay to remarry; a potential shidduch (match) for Yochay has been found in Belgium. Rivka Mendelman, hurt at the prospect of her grandson moving to Belgium so soon after Esther’s death, suggests that Yochay marry Shira (Esther’s sister) instead.

What ensues is a gentle cinematic treatment of a long courtship process where familial relationships are tested and strained. Rivka gently pushes the match while many family members and the Rabbi debate the virtues of what Mr. Mendelman initially calls “crazy.” Shira acts a bit coquettish during the courtship, “hot” (at one point Yochay almost breaks the shomer negi’ah code of gender separation) and then cold. However, the decision is not easy for Shira, that much is clear; the indecision takes a psychological toll on her. We see her praying to God for the strength to get out of bed. She feels the weight of her mother’s guilt and the pressure to keep baby Mordechai close by, as well as her own guilt at the thought of marrying who she sees as Esther’s husband. Her accordion is an escape, and we see several beautiful sequences of Shira lost in her music. The decision to marry Yochay is ultimately Shira’s, and it is only until a private visit with the Rabbi, without her family, where she demonstrates that she wishes to marry Yochay despite familial pressure, that he decides to approve the match.

The most moving sequences of the film take place during three of the featured life events: Esther’s death, Mordechai’s brit milah (circumcision), and (spoiler alert!) Shira’s eventual wedding. Quite poignantly, Esther’s death and the family’s shiva mourning period overlap with Mordechai’s bris, the Abrahamic covenant that cannot be delayed (shiva lasts for 7 days and the brit milah must be done 8 days after birth). Mordechai’s cries are heard in the other room as men and women sit shiva, and, after a reminder of “one more hour at the grave and then to the bris,” we follow Yochay as he holds his son up to demonstrate to God that he has fulfilled his first covenant.

During her wedding celebrations, Shira reads tehillim (Psalms) with emotion and vigor, crying into her sea of tulle and lace. She tells her friend, Freida, newly married, that “she knows they will be happy.” 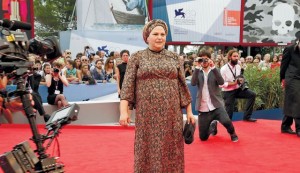 The strength of “Fill the Void” lies in the character development of the haredi women we meet. Shira comes of age from the first scene as a doe-eyed tinoket (baby), watching a potential young suitor in the supermarket (her mother snidely remarks, “you’d have to do a lot of laundry” as they watch him use his hanky over and over again). The women speak for themselves, and they speak honestly. Burshtein’s treatment of their decisions is gentle and nonjudgmental as they struggle with death, family, marriage- all cornerstones of the community. Shira resists marrying Yochay for a while, a decision that her father and Rabbi support. It isn’t until her relationship with him grows, through a few meetings, a few Shabbat dinners together, and moments with Mordechai, that Shira finally decides to go to the Rabbi and tell him she is ready. In another moving moment, Shira asks her aunt, disabled and unmarried, why she covers her hair despite her single status, and her aunt answers “to avoid questions.”

It is interesting to see the ways in which members outside the mainstream can have their impacts on popular culture. Matisyahu of course comes to mind, as I remember watching my college friends, a few of them never having met a Jew before they met me, waving their hands in the air and dancing to the hassidic-reggae beat of his concert on my California college campus. Although Matisyahu’s religious convictions may have changed recently (some may even call him “off the derech”), his music, and Rama Burshtein’s film, both represent important ways in which popular culture can be an incredible mechanism for translating a culture that may be your own, but simultaneously, something far, far from it.

Want to see more articles like this?  Sign up for our newsletter!
⇒ Learn more about the Stroum Center for Jewish Studies at the University of Washington, our Sephardic Studies Program, or our Israel Studies Program.
Note: The opinions expressed by faculty and students in our publications reflect the views of the individual writer only and not those of the Stroum Center for Jewish Studies.
By Sarah Zaides|2020-07-27T13:55:45-07:00July 17th, 2013|Categories: Arts & Culture|Tags: Film, Israel, Religious|0 Comments