Jewish Culture: Room for All 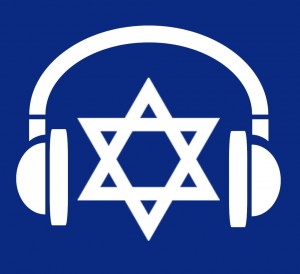 Are the Jewish people listening to the same music–and does that matter?

I was listening to a Putumayo World Music CD called “A Jewish Odyssey” the other night.  (It’s pretty good, by the way.)  While the music played, I read the liner notes—or whatever these post-vinyl words are called.  I was informed that there are three kinds of Jewish music:  Ashkenazi, Sephardic and Mizrahi.

That hit a nerve because it struck me as odd that, knowingly or otherwise, the writer/anthologizer had ignored two major centers of Jewish music:  America and Israel.

But the more I thought about it, the more I realized that we American Jews in particular suffer from some kind of Jewish inferiority complex.  Israelis too may suffer this, but perhaps less so, because they play more with traditional Jewish modes of music and they do so in Hebrew.  I can remember, back when I was in rabbinical school, our music teacher, the late Bonya Shur, talking about the grand experiment of Israeli music.  “You take a little Ashkenazic music, blend in some Sephardic tunes, add in some Mizrahi and Arabic motifs, plus a pinch of Indian cadences for spice, stir and wait a few generations—then you’ll hear what the reconstituted national music of the Jewish people will sound like.”  He may be right in his prediction but, in the meantime, the contemporary contributions of the two greatest living Jewish cultures are often self-depreciatingly dismissed as inauthentic.  Why, for example, do some people dismiss the music of the late Debbie Friedman as American folk-inspired yet fail to see that the great Ashkenazic cantors of yore were equally influenced by the grand European style of solo singing?  What is “authentic” anyway?

Jewish cultural diversity should be recognized and celebrated. Voices of all kinds are forming a new yet authentic tradition.

It’s like what our people say about “real” Jewish art:  If it doesn’t have a bearded rabbi, a Star of David, candlesticks or a menorah, it ain’t Jewish.  I think it is time to rethink what we consider as “authentically Jewish” and reject this “older is better” headset.  It is not a matter of “either/or”; it is a matter of “both/and.”  “Jewish” is a Hasidic-style service and it is a gospel singing-inspired service; it is Marc Chagall and East European Jewish paper cuts; it is a grand cathedral-style synagogue and it is Rothko’s chapel in Houston.  “Jewish” is the sum total of everything our people has produced in the past, is producing in the present, and will produce in the future.  And, whether one is latched on to the past or leaping boldly into the future, it is all authentic because our people has never been monolithic, not culturally, not theologically, not racially, not nothing—and we need it all.

Rather than beat ourselves about the head and shoulders over how much tradition we have lost, I propose that we rejoice in all that we are doing. Take American Jewry, for example.  American Jewry has produced numerous contemporary musicians working in countless genres; we’re in every aspect of the movie industry; we have famous poets and authors, playwrights and artists; we turn out scientists and mathematicians and scholars of every sort.  Even in more traditional Jewish fields, we excel.  We have established dozens of Jewish Studies programs and yeshivot around the country; we have formed countless Jewish organizations and we publish more Judaica than anywhere else and in any time else in history.  And Israel is no different—what a culturally vibrant society it is!

I say it is time to celebrate all that Israeli and American Jews are contributing to the enrichment of culture—and specifically Jewish culture—and recognize both as authentically Jewish because they are accomplishments of living Jews.  What tomorrow will make of their contributions is an evaluation best left for future generations to determine.  In the meantime, let’s dance and sing, write and paint and think—and make a joyful noise unto the Creator.  We are the living edge of the coral reef that is the Jewish people and now is our time.

Rabbi Anson Laytner is Program Manager of the Interreligious Initiative at Seattle University School of Theology and Ministry.  He is the author of “Arguing with God” and “The Animals’ Lawsuit Against Humanity.” He is a member of the Stroum Jewish Studies Program’s Advisory Board as well as the Editorial Council of the Jewish Studies Program website.

Editor’s Note: Explore some of the new musical traditions being created by leading performers at the New Voices in World Jewish Music series sponsored by SJSP. The events kick off January 17th. Click here for more info!