The Hive at Work: Order and Disorder in Jewish Film 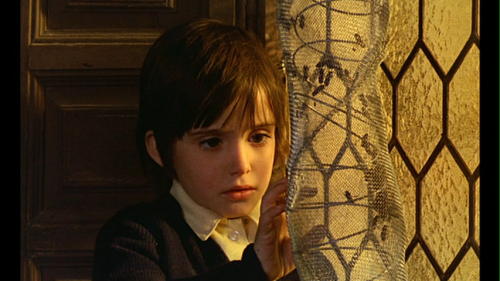 A still from the 1973 Spanish film, “Spirit of the Beehive,” by Victor Erice.

It is five after five and the television screen radiates an iridescent green, casting a funereal glow on the hollowed-out insides of a second floor walk-up apartment in Seattle. There is a tv, and a couch, and there is also me, and there is nothing else. I converse quietly, but not out loud, and in fact only with myself, about the pall that envelops the room, and about the heat that proves just as suffocating. And I am enmeshed, or ensnared maybe, in a latticework, a buzzing hive; time drips around me like honey, slow and sweet, as a monstrous hand reaches out from ’73.

I have had reason lately to think about the importance of film. I am re-watching, after I don’t know how many years, Victor Erice’s Spirit of the Beehive, a movie as much about the long reach of history and state as it is about the pull, quasi-sacred if not exactly auratic, of cinema. I’ll save the synopsis and just tell you to watch it. A Spanish film from 1973, it pairs muted sepia tones and sulfuric yellows and greens with a strict geometrical order that captures the claustrophobia and fury of Francoist Spain. If you’ve seen Guillermo del Toro’s Pan’s Labyrinth, then you’ve seen what is not necessarily a pale shadow of the same film, but one that instead has its protagonist, another doe-eyed ingénue in the Spanish countryside, affected markedly less by film than by fairy tale; and less by the monolithic weight of myth than the fancy of folktale.

It’s worth mentioning, however, as an inciting incident of sorts, the point of departure for further internal discussions about the centrality of film to the (Jewish) experience, and even more about film’s importance to the understanding of that experience. This argument, then, is oblique, only in that it isn’t really about Jewish film at all, but about the ways in which film as a cultural object best effects a bodily—a whole and comprehensive—audience response. That is, film is transformative in ways that inspire social and personal sea-changes (and that is a particularly apt turn of phrase, for it is Ariel the spirit in The Tempest who utters the line, “Nothing of

[thy father] doth fade/ But doth suffer a sea-change/ into something rich and strange,” and my Hebrew name, indeed, is Ariel).

What film does best for Jews is to represent a broader collective memory, to encompass what is an endlessly complicated web of peoples and places.

The apartment is empty because I am moving, and in fact now have already moved, to work on my PhD in Cinema Studies at NYU. And thus do I have reason lately to think about the importance of film. I circle back in on myself now, and my thinking begins to resemble a hive in the process of construction; a series of sharp turns that in aggregate suggest a deeper order. Or maybe that is the illusion of a cohesive logic, a way of filling in the gaps where synapses misfire and anxiety takes hold, where the fury of the cage overwhelms the integrity of the bars. Either way, I am led to think (for I am not sure how often I conduct a train of thought and how often I am simply swept along in the pressing current of associations) about movies, “Jewish” and non-Jewish alike, that uphold and upset established orders; that construct and destroy the walls of the hive.

I think about Buñuel’s The Phantom of Liberty (1974) and The Discreet Charm of the Bourgeoisie (1972), which use surrealism to blow holes in the neatly ordered symmetry of bourgeois life; I think of Lanzmann’s Shoah (1985) and Resnais’s Night and Fog (1955), documentaries that use absence to explore presence; and I think of Tati’s Mon Oncle (1958) and Playtime (1967), and Chaplin’s Modern Times (1936) and Lang’s Metropolis (1927), disparate films that forcefully insert the organic into the mechanical. I think, too, of Walter Benjamin, unpacking his library and noting, “There is in the life of a collector a dialectical tension between the poles of disorder and order.”

Film is ultimately, in its own way, about collecting. It accumulates memories and sensations and emotions and dozens of other things into an elaborate crystalline structure where every facet reflects ten others. Jewish life too is, as I’ve discussed elsewhere, diffuse and concerned with boundaries and broad forms of cultural osmosis. It is about order as much as it is about chaos. Film is a sometimes perfect memory palace, its best encapsulation something like Resnais’s Last Year at Marienbad (1961). What it does best for Jews, then, is to represent a broader collective memory, to expand the wings of the palace to encompass what is an endlessly complicated web of peoples and places. This is my best argument for my interest in film: that it allows me to best make order out of the chaos of that experience, while never truly leaving the disorder (because it is life-affirming) behind. 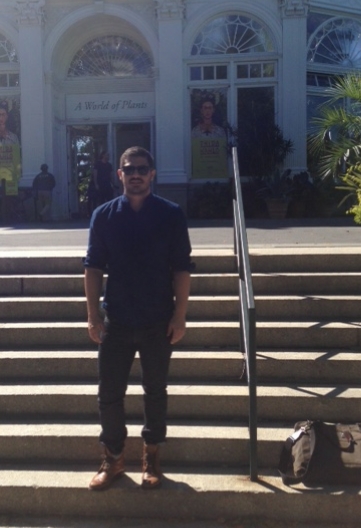 This is the aesthetic at work, the cohesion of the thing from up close. And when you take a step back you realize that it’s all a hive, and so is my mind, with the connections cracking and others being slowly built up, and at the center of it all is the buzzing, the fury, the tenebrous slumber and explosive thunder of the hive at work, the volatile heart of the matter that pushes and pulls, that groans bestially because it is culture and self and art and everything else too. But outside it is quiet, and a film plays on the tv, casting a light on the hollowed-out belly of a third floor walk-up in Manhattan.

Justin Shanitkvich is a PhD student in the Department of Cinema Studies at New York University. He works primarily with transnational cinema, animation, genre, and the theoretical lineage and linkages of ontology, metaphysics, and phenomenology, especially as they come to bear on gendered, national, and racial assemblages. Justin was the 2014-15 Philip Bernstein Memorial Fellow at the Stroum Center for Jewish Studies. Although he is sad to leave UW and the Stroum Center behind, he is excited to explore new avenues of Jewish thought, and to experience the Jewish manifold in a veritable node (but not a center) of Jewish life.