Waltzing with History, Family, and Culture in Jewish Animated Films 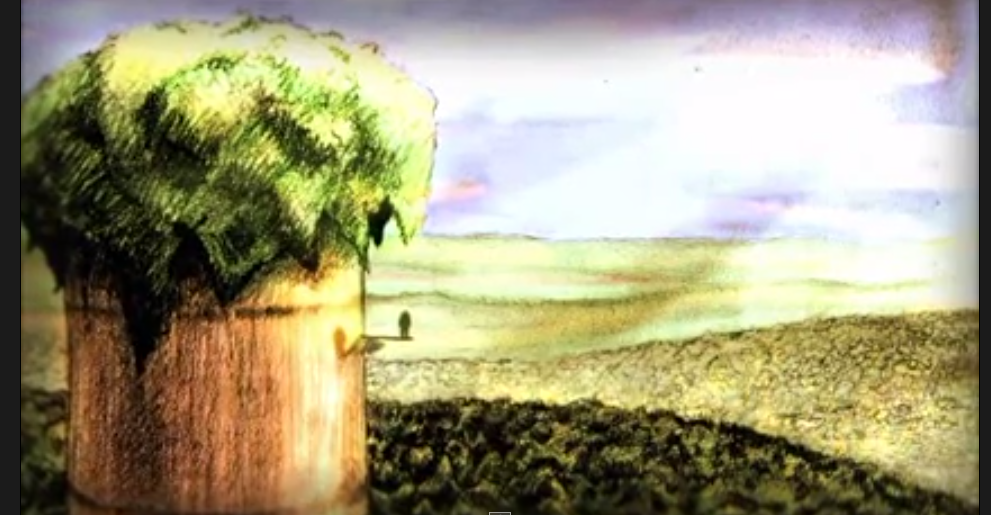 A still shot from the animated short film “Woods” (2007), by the Israeli animator Idan Vardi.

Living in the Space Between

As a Jew of mixed Sephardi and Ashkenazi background, I feel poised between two similar, but different ethnic groups. As the descendant of Holocaust survivors (which is not to speak of the silent two dozen with the non-Americanized version of my surname who reside in the database at Yad Vashem) and Jews from Israel, Yemen, Poland, and Russia, I feel poised between historical and modern Jewry. Being a Jew now is in many ways to be situated in the liminal spaces between different groups of people or disparate places. Much of my work is informed by this interest in boundaries and their permeability. 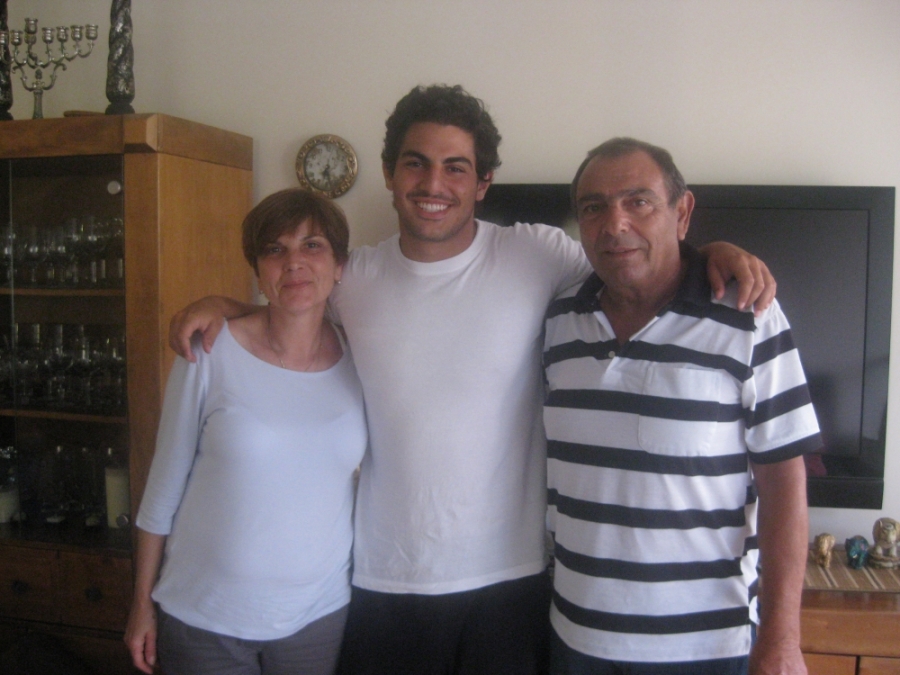 Justin Shanitkvich, pictured with his family in Israel, 2011.

Much of this stems indirectly from my father. I say indirectly because I only had a passing interest in Jewish life and culture until his death of brain cancer when I was 16. It was one of those losses, I suppose, that is more an incitement of curiosity than a final and definite closing of some avenue of connection to the world. Born in 1954 in Tel Aviv, where most of my family still lives (or at least around it, in Petah Tikva and the like), he had only a high school education, but was whip smart. Much of that was lost to the tumor—a horrible rot upon the mind—but his ghostly figure loomed large enough in the ensuing years to constitute, even in retrospect, my first formidable partner in the dance of family, of history, and of culture.

Films as Filters for Jewish Identity

In the scene that gives Ari Folman’s animated war documentary, Waltz With Bashir (2008), its name, one of the subjects of the film, Frenkel, recalls charging into the exposed street between Israeli and Lebanese forces during a skirmish in the 1982 Lebanon War. There, with bullets raining down on him from all directions, Frenkel dances to Chopin’s “Waltz in C-sharp Minor,” his dance as apt a metaphor as any for the way in which Jews navigate spatial and temporal gaps that ultimately constitute a certain kind of Jewish existence. Art Spiegelman in the second volume of Maus envisions Jewish corpses piling up around him as the weight of history collapses in on the present; Harvey Pekar allows his curiosity to override his stubbornness in Not the Israel My Parents Promised Me (2012); and, from one of the short animated films I will be discussing, I Was a Child of Holocaust Survivors (2010), Bernice Eisenstein narrates the peculiar position of living in the shadow of massive ancestral trauma.

These films and graphic novels, as well as the larger sample of Jewish animated short films upon which my research is based, reflect an overarching unease with historical or cultural essentialism. Insofar as Jewish identity can be conceived of as a fraught term—and, mind you, it most certainly is, perched as it is on the precarious ledge between a Jewish “people” and not, or between the weighted past and the even more weighted present—we must attempt to understand to the best of our abilities how that “identity” is filtered through culture.

That is, we must strive to understand why so much of Jewish representation is concerned with the boundaries that separate moments in time, and people from each other and their environments.

The films that I have chosen to research as this year’s Philip Bernstein Memorial Scholar—the aforementioned I Was a Child of Holocaust Survivors, made in Canada by Ann Marie Fleming; In Aporia (2008), made in Israel by Michael Roden; Woods (2007), directed by Idan Vardi in Israel; and Seven Minutes in the Warsaw Ghetto (2012), made in Poland by Johan Oettinger, just to name a few—reflect the very ontological tension that I feel. I stand—as a Jew, and as an Israeli-Polish-Russian-Yemeni American—as if on the continental divide where tectonic plates collide with incomparable force. And there, or here, at, if I may borrow from T.S. Eliot, the “still point of the turning world,” I waltz with history in the place that is in fact neither here nor there. It is the uncanny interstitial space that lends a unique perspective even as it always promises to swallow one whole. But still I dance, as do you, poised somehow between here and there, between the past and the future.

Justin Shanitkvich grew up in St. Louis and is a PhD candidate in the English Department at the University of Washington. He works primarily in the areas of animation studies, metaphysics, Jewish film, and recent American independent film. He will be grappling with questions of Jewish identity in short-form animation from North America, Eastern Europe, and Israel over the course of his time as the 2014-15 Philip Bernstein Memorial Scholar at the Stroum Center for Jewish Studies.

Want to see more articles like this?  Sign up for our newsletter!
⇒ Learn more about the Stroum Center for Jewish Studies at the University of Washington, our Sephardic Studies Program, or our Israel Studies Program.
Note: The opinions expressed by faculty and students in our publications reflect the views of the individual writer only and not those of the Stroum Center for Jewish Studies.
By Hannah Pressman|2018-06-11T11:44:45-07:00January 29th, 2015|Categories: Arts & Culture, Grad Student Writing, Student Writing|Tags: Film, Graduate Fellows, History, Holocaust, Justin Shanitkvich|0 Comments