Hamza Zafer on Jewish Roots and Hiking in the Northwest 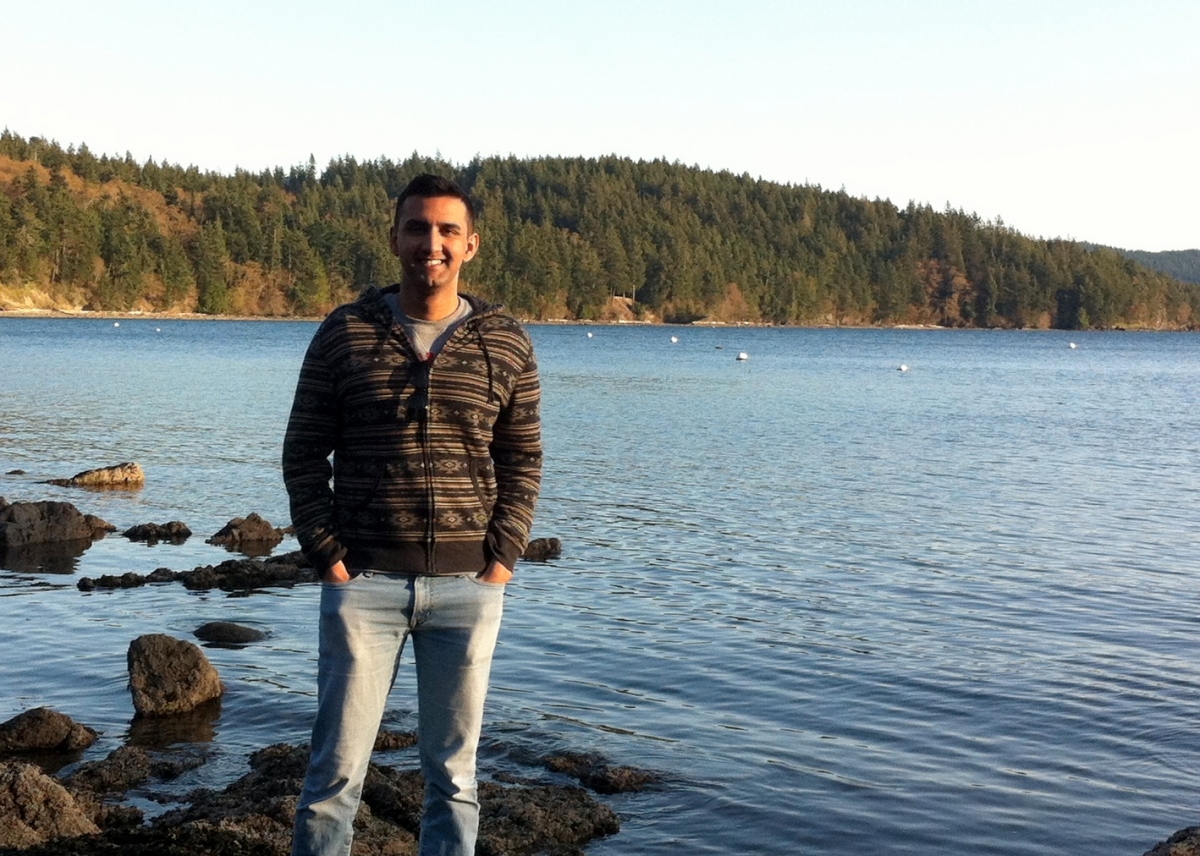 We recently caught up with Hamza Zafer, Assistant Professor in the Department of Near Eastern Languages and Civilization (NELC) and faculty for Jewish Studies at the UW. You can hear Hamza and three other amazing speakers give short lectures on big ideas at the third-annual JewDub Talks, taking place Thursday Jan. 29th. Click here for more details and registration.

HP: What are your research interests? Give us a sense of a book / article you’re currently working on.

HZ: These days I’m working on research for a book-length project on three of Muhammad’s wives. One of these compelling figures is Safiyya whom the tradition describes as Jewish and of Aaronid priestly descent. She comes into Muhammad’s household in the year 629 C.E. and is remembered by the early tradition as a “Mother of the Believers.” Her figure in the historical corpus tells us a lot about early Muslim ideas of Jewishness and about the presence of Jewish communities in late ancient Arabia.

HP: What’s a book or figure in your field that strongly influenced you?

HZ: My work is strongly influenced by that of Fazlur Rahman, a professor at the University of Chicago who died in the mid-1980s. Rahman was both a brilliant historian of ideas and a compelling political philosopher who wrote simply and beautifully. His works spoke to a variety of intellectual circles both here and abroad, both inside and outside the academy. I find myself perusing his works often and recommending his books to many of my students.

HP: You’re teaching a class on Satan and Evil in Judaism, Christianity, and Islam this quarter. Why are you offering this class from a comparative perspective, and what do you hope students get out of it?

HZ: I hope to show students how the concept of evil moved in surprising ways between these three kindred traditions. I had started out envisioning a very text-oriented course but as the quarter starts, I intend to delve into more conceptual questions. An aspect of the course that I am particularly excited about is looking at modern American representations of evil that rest on Judeo-Christian-Islamic imagery. I plan on having a discussion on the biblical subtexts of Roman Polanski’s famous movie “Rosemary’s Baby” and William Golding’s book Lord of the Flies.

HP: Congrats on being selected to give one of the JewDub Talks on Jan. 29th! Can you give us a sneak preview of what you hope to speak about?

HZ: Thank you and sure! I recently had my DNA tested and discovered that, in line with family lore, I had a Jewish ancestor. This tiny discovery about my biological history has led me to larger questions about ancestry and heritage. I plan to talk about this as a researcher on the concept of lineage and as an immigrant to the United States. The talk is titled, “Choosing Our Ancestor: A Jewish-Muslim Connection.”

HP: What do you like to do in your spare time?

HZ: I just moved to the Pacific Northwest recently and so I’m spending a lot of time camping and hiking to explore the country out here. It takes my breath away! The snow-capped mountains and the pine trees really remind me of the Himalayan region of Pakistan where I grew up.

Want to see more articles like this?  Sign up for our newsletter!
⇒ Learn more about the Stroum Center for Jewish Studies at the University of Washington, our Sephardic Studies Program, or our Israel Studies Program.
Note: The opinions expressed by faculty and students in our publications reflect the views of the individual writer only and not those of the Stroum Center for Jewish Studies.
By Hannah Pressman|2017-09-04T22:42:01-07:00January 4th, 2015|Categories: Global Judaism|Tags: Ancient World, Hamza Zafer, JewDub Talks, Religion & Ritual|0 Comments