Join the 2021-2022 graduate fellows in Jewish studies for online presentations on their research topics from this year, ranging from bizarro worlds in ancient Hebrew writing to Israel’s diplomatic connections in Africa, and poetry and Jewish history.

What is Israeli Prime Minister Naftali Bennet’s Policy on Africa?

Colloquium 2. Reimagining Jewish Narratives in New Contexts: From Antiquity to the Present

Which Way Is Up? Performing Ideals in the Ancient Near East

Activist Ancestors: The Poetics of Writing Towards the Jewish Labour Bund

“History Crumbles to Pieces” and They Are Sharp: Narrating a Counter-Historical Narrative

Francis Mbawini Abugbilla is a Ph.D. candidate in international studies in the Henry M. Jackson School of International Studies at the University of Washington. He is currently a Harry Frank Guggenheim Foundation 2021 Emerging Scholar. His research interests include international cooperation, foreign policy, diplomacy, and international conflict management. He is particularly interested in grassroots participation in conflict resolution, management, and peacebuilding in Africa and other regions. He has researched diplomatic ties between African countries and Israel, as well as the contributions of local Jewish communities to peacebuilding efforts in Côte d’Ivoire. Read his research: 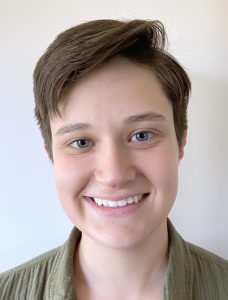 Lili Brown is pursuing her masters’ of Library and Information Science at the University of Washington’s iSchool, where she is specifically studying community-focused archives. Before coming to the UW, Lili earned two Bachelor of Arts degrees from Barnard College and the Jewish Theological Seminary, in history and modern Jewish studies. After graduating, Lili worked at the YIVO Institute for Jewish Research as an assistant accessioning archivist, where she processed new donations. Lili is working with the Sephardic Studies Program to help build the Sephardic Studies Digital Archive within UW Special Collections. Read her research: 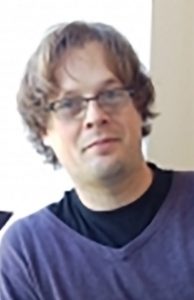 Aaron Carpenter is a Ph.D. student in the Department of German Studies at the University of Washington. His main areas of academic interest are minority literature in Austria and Germany, as well as literature from German minority groups in non-German-speaking regions, such as South Tyrol in Italy. While his area of focus is on authors primarily from the former Yugoslavia, the theoretical basis for this work is grounded in the writing of German Jewish thinkers such as Theodor Adorno and Walter Benjamin. Before coming to the University of Washington, Aaron taught English in Qingdao, China, and Innsbruck, Austria, as well as working as a technical writer. Read his research: 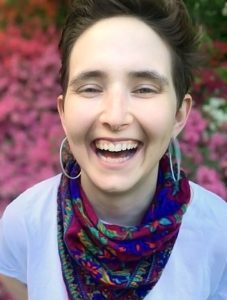 Shelby Handler is an M.F.A. candidate in poetry at the University of Washington, where they also graduated with honors as an undergraduate. They are at work on their first poetry collection, which “queers” accepted notions of ancestry and home through explorations of Jewish femme identity at the margins. In both form and content, these poems examine empty spaces and holes, asking what it means to belong to a mother, a family, a people, a land. The collection engages with the activist lineage of the Jewish Labour Bund, a socialist political party in the 19th and 20th centuries, and its concept of “doikayt” (“hereness” in Yiddish, referring to the strengthening of Jewish communities at a local level). 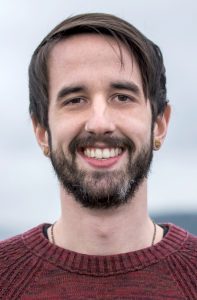