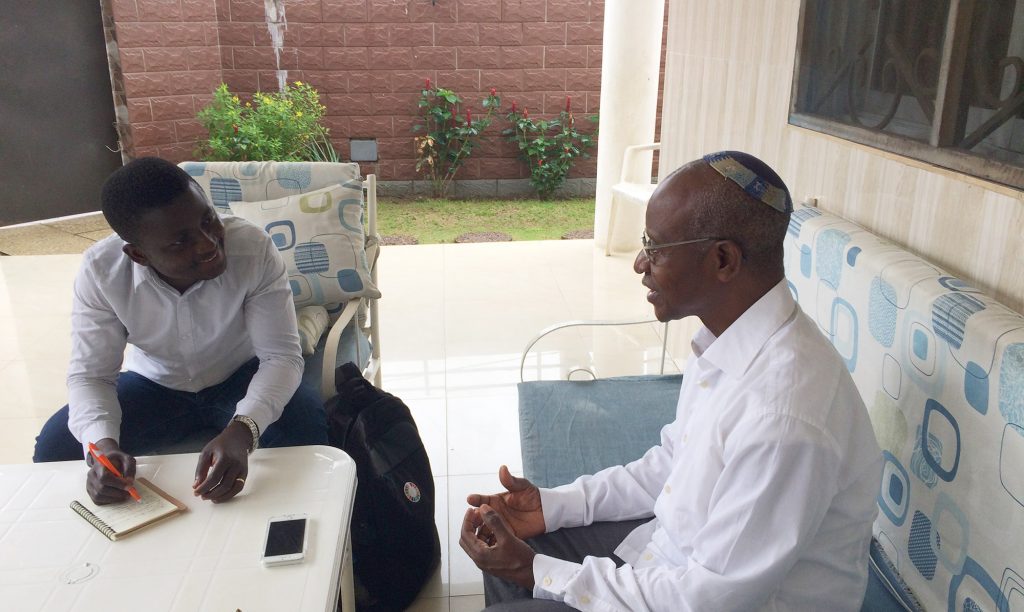 On September 19, 2002, a failed coup d’état in Côte d’Ivoire transformed into a military-political conflict that ravaged the country and divided it into two zones from 2002-2007.

When elections in 2010 resulted in the victory of opposition leader Alassane Ouattara, sitting President Laurent Gbagbo declared the results to be invalid. Conflict erupted between Gbagbo’s government southern forces and Ouattara’s northern forces, which eventually led to the Second Ivorian Civil War in 2011. French and United Nations forces ousted and arrested Gbagbo in 2011.

Côte d’Ivoire. The largest city, Abidjan, is located on its southeastern coast.

The main source of the conflicts was access to political power by politicians, based on ethnic divisions. The north is predominantly Muslim, while Christianity is popular among southerners. Ouattara, a Muslim from the north, enjoyed Muslim support, while the Christian south supported Gbagbo. Religion therefore played an important role in the crises.

After the 2011 civil war, the Ivorian government adopted both restorative justice and retributive justice plans to create peace and reconcile the people.

Ivorian religious groups are also educating their followers for peaceful co-existence. For instance, in Bouaké — the city that headquartered the rebellion — there is an interreligious forum comprising different faiths that promotes peaceful co-existence and non-violence among their members. And in the city of Abidjan, the local Jewish community is involved in micro-peacebuilding through their teachings.

Origins of the Jewish community in Côte d’Ivoire

The Jewish community in Côte d’Ivoire can be traced back to Professor Avraham Yago. Born in a multi-religious home, at the age of 14 Yago began his search for the ultimate truth. According him, he finally found it in the Jewish Torah at age 34. He started a home meeting with his wife and their five children to study the Bible, especially the first five books, known as the Torah. In 1994, some of his friends decided to join, too. 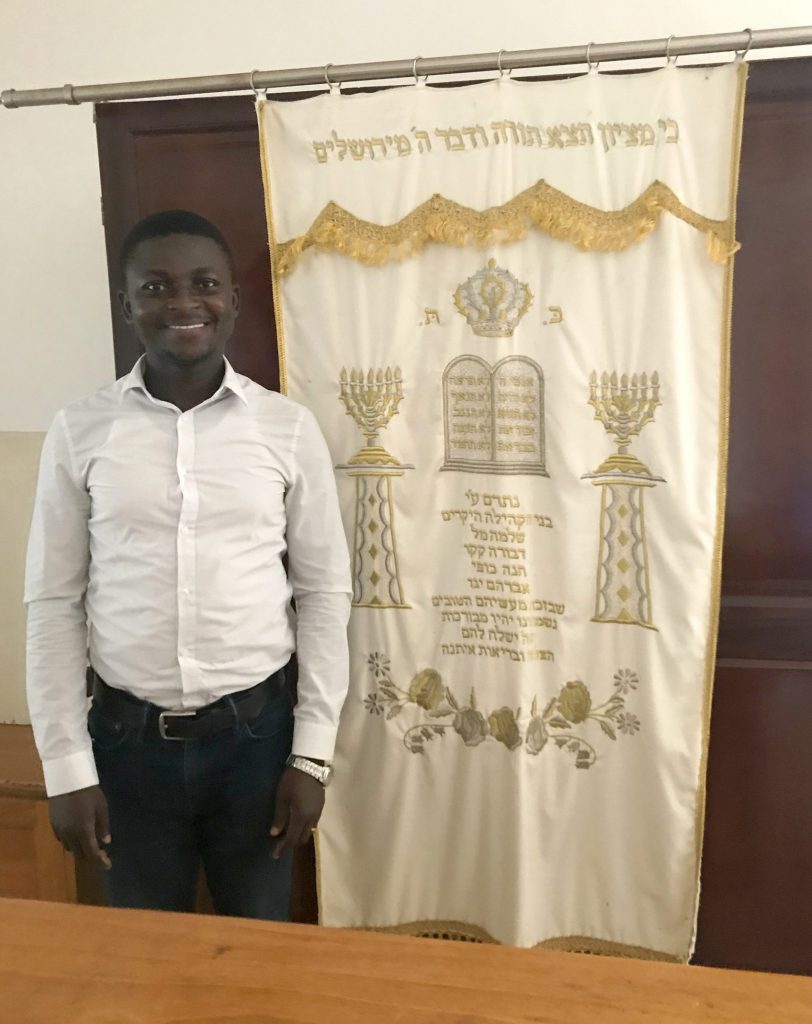 Researcher Francis Abugbilla with a tapestry inside the Etz Hayim synagogue.

After studies at the Kabbalah Center in Abidjan, the largest city in Côte d’Ivoire, and his visit to Israel in 2004, Yago decided to establish the Etz Hayim (Hebrew for “tree of life,” referring to a description of the Torah in Proverbs, 3:18) community in Abidjan. Etz Hayim is considered the first Orthodox Jewish community in Côte d’Ivoire. Yago soon realized that one cannot reach the truth without going back to the source, so he taught himself how to read Hebrew. His strong academic skills, as a psycholinguistics professor at the University of Felix Houphouet-Boigny in Abidjan, helped. In 2006, he went back to Israel and studied Hebrew in an ulpan language-learning program in Netanya.

The Etz Hayim synagogue currently has 43 members, comprising men, women, and children. The youngest convert is five years old.  The synagogue members were fully converted to Judaism in 2018 by three rabbis from the United States and Israel, who formed a beit din (a Jewish legal committee that confirms converts). The rabbis also celebrated six marriages according to the Orthodox Jewish tradition. There is another, smaller community in Abidjan with five converted Jews, making a total of 48 Ivorians who have converted to Judaism. Other than these two communities, today there is also a Chabad house in Abidjan, established in 2018, though it serves primarily Israeli businessmen and expatriates.

Etz Hayim is a Sephardic Orthodox community. Yago plays the role of a hazzan (service leader) and a rabbi. When there are religious matters beyond him, he consults rabbis in Israel. One such example was when a member of his synagogue died in 2014 and Yago needed guidance regarding rituals. However, this was a rare incident: “Everything in Judaism is written and I read a lot,” he says.

The community observes all the Jewish holidays and performs the required rituals. The Torah scroll, which was bought from Israel in 2009, is brought out three times a week. The synagogue contains a library with the commentaries on the Torah for members to study.

As a researcher of conflict resolution and peacebuilding, I came to Côte d’Ivoire in 2019 in order to study the country’s post-conflict peacebuilding mechanisms. Since the conflict had a religious dimension, I took interest in the roles of the various Ivorian religious communities in peacebuilding efforts.

The Jewish community in Côte d’Ivoire has contributed in different ways to support peace and reconciliation in Ivorian society. As the country prepared for the 2010 elections, Yago received a special request from the then Ivorian Ambassador to Israel to pray for Côte d’Ivoire during Yago’s visit to Israel. Yago organized 50 rabbis to intercede for his country at the Kotel (the Wailing Wall) in Jerusalem.

In 2010, ten of the Etz Hayim members went to Israel for pilgrimage. They visited the tombs of biblical figures and other places of religious importance. The trip was meant for the spiritual development of members. As peacemakers, Yago and his congregants also planted “trees of peace” for Côte d’Ivoire in Jerusalem in view of the elections.

After the contested election results in 2011, the country relapsed into violent conflict. Yago, however, didn’t give up hope, believing that peace was possible.

Since 2011, Yago and his community have primarily been involved in micro-peacebuilding. According Yago, in the wake of the 2011 post-electoral violence that killed over 3000 people, there were some tensions among his members, and as the hazzan, he constantly preached the word of peace. 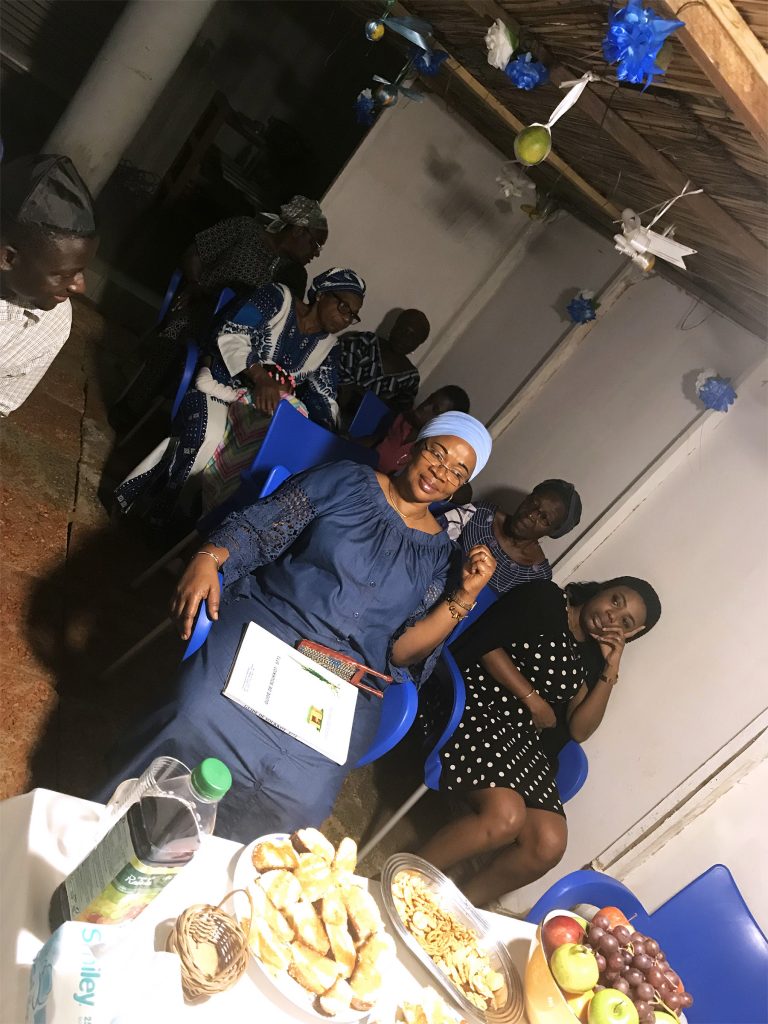 He observed, “There were some members who supported the former president Laurent Gbagbo, there were those in PDCI [Democratic Party of Côte d’Ivoire, a major political party in the country], and those who were on Ouattara’s side. And in an indirect way, I told them that violence is not what God wants.” Yago told his congregants that they should seek peace because it is one of the names of God — shalom. The message of peace changed the attitude of members toward each other.

“In Hebrew, there is what we called Sinat Hinan — senseless hatred.” Yago alluded, in his teaching and preaching, to the Talmudic view of the destruction of the second temple in Jerusalem as a result of hatred between fellow Jews. He used this analogy to admonish members to reject hatred among themselves, whatever the motive may be, and seek social cohesion. Yago believes that his teachings, or devar, have had a multiplicative effect, as members have replicated them in their families and in their communities: “I succeeded in erasing this tension [in the community]. It is gone completely, it has disappeared.”

This micro-level peacebuilding is in no small way contributing to the macro-level efforts by the Ivorian government and its international partners to build peace in the country. In 2011, the government created the Commission on Dialogue, Truth and Reconciliation. The aim was to reconcile Ivorians through dialogue and the revelation of the truth. Etz Hayim, in its modest efforts, contributes to this initiative.

Building peace at the micro level

Although reconciliation efforts ensued after the 2002 and 2011 armed conflicts in Côte d’Ivoire, much still needs to be done to reconcile Ivorians and ensure sustainable peace. The major challenge to reconciliation is at the level of the political elites, as most of the population follows what their leaders say, and elites continue to clash over politics. Nevertheless, micro-level peacebuilding is a potent approach to social cohesion and reconciliation.

As John Paul Lederach notes in his book “Building Peace: Sustainable Reconciliation in Divided Societies,” contemporary peacebuilding efforts should not rely on traditional statist diplomacy in resolving conflicts. The micro approach is essential because local actors know the context, dynamics, and culture of the people. My interviews in Côte d’Ivoire revealed that people want to be involved in the reconciliation process and own it.

Individuals, religious communities and civil society should therefore be empowered to actively participate in reconciliation efforts. Religious beliefs and values, religious leaders and faith-based organizations have huge potential in promoting peace in any society. The application of the Ivorian Jewish community’s peacebuilding model by other religious bodies will consolidate peace and support reconciliation.

These efforts could be complemented at the macro level, as Ivorians expect revelation of truths related to the wars, sincere acknowledgement of the crimes committed by both sides, and accountability for perpetrators, ensuring equitable justice, restitution for crimes committed, and good governance in their country. 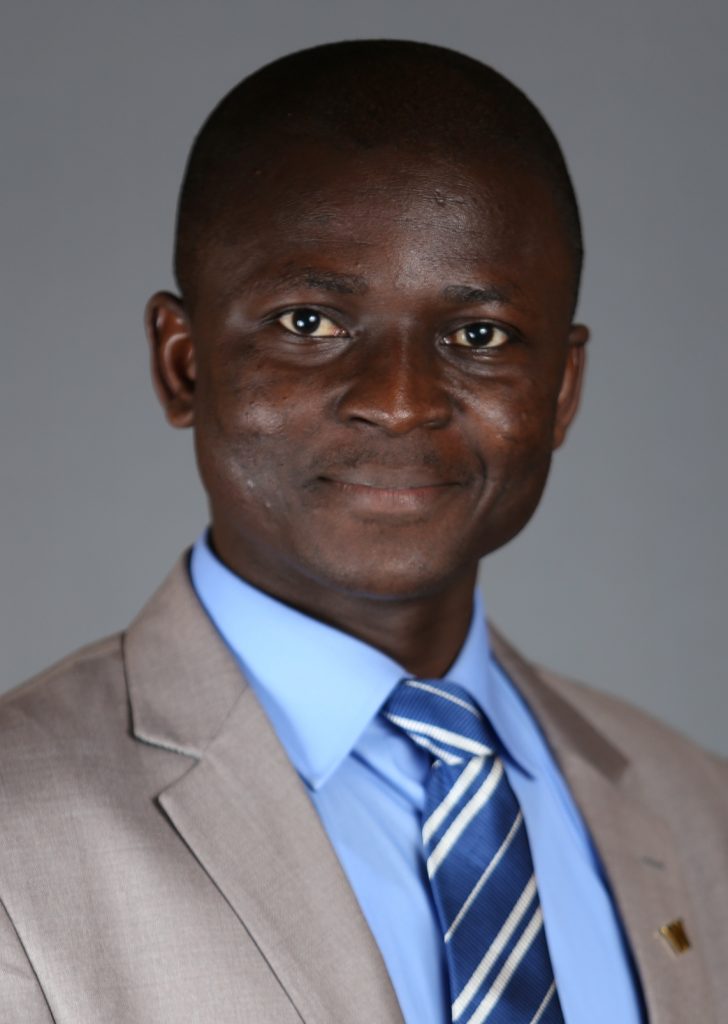 Francis Mbawini Abugbilla is a Ph.D. candidate in international studies and the International Policy Institute fellow at the University of Washington’s Henry M. Jackson School of International Studies. He is also an associate researcher at Laboratoire de Sociologie Economique et d’Anthropologie des Appartenances Symboliques (LAASSE) at the Université Félix Houphouët-Boigny in Côte d’Ivoire. He researches conflict resolution and peacebuilding mechanisms in post-conflict societies. His dissertation focuses on how post-conflict peacebuilding mechanisms affect the prospects of reconciliation in Africa. His secondary research interests include human rights, governance, and youth empowerment. He holds the 2019-2020 Benaroya Israel Studies Fellowship in Jewish Studies.