Maja Haderlap, Jewish writers, and telling the story of ethnic Slovenians in Austria using the “language of the enemy” 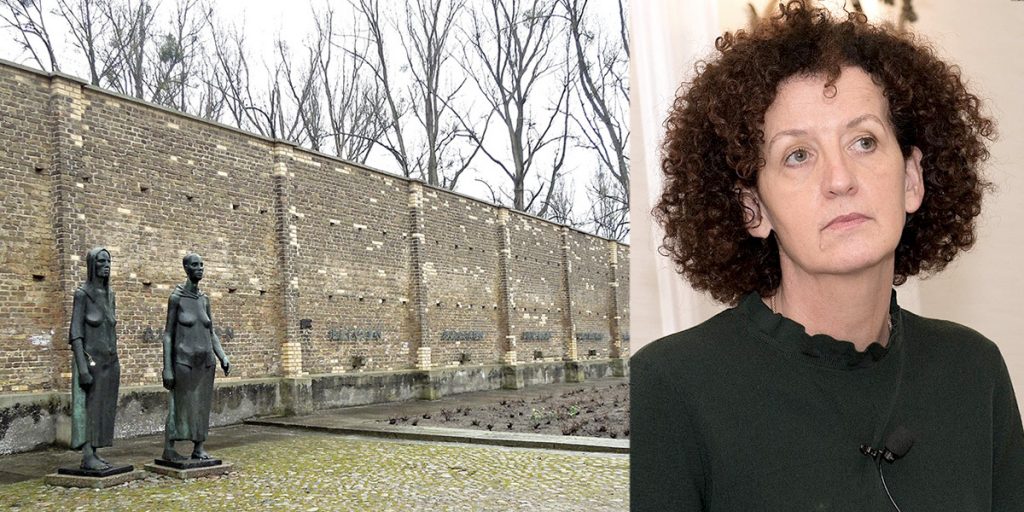 “Between the official version of Austria’s history and its actual history stretches a no-man’s land in which it’s easy to get lost. I picture myself shuttling back and forth between a dark, forgotten part of the cellar in the house of Austria and its bright, richly furnished spaces. No one in the bright rooms seems to guess or wants to imagine that there are people in this building confined by politics to history’s cellar, where they are besieged and poisoned by their own memories.”

In her novel “Angel of Oblivion,” Slovene-Austrian writer Maja Haderlap tells the story of how the ethnic Slovene community in the region of Carinthia, Austria, was persecuted during and after World War II — a history that was not commonly acknowledged in Austria’s official narrative of itself until recently.

My research as a Ph.D. student in German Studies examines how Haderlap takes a similar approach to European Jewish thinkers in using the German language, the “language of the enemy,” to tell her community’s story.

The Slovenian minority in Carinthia, Austria

The region of Carinthia is located in the southern part of present-day Austria. In addition to a German-speaking majority, the region is home to an ethnic Slovenian minority, who have been in the area since the first Slavic migration from eastern to central Europe around the 6th century CE. 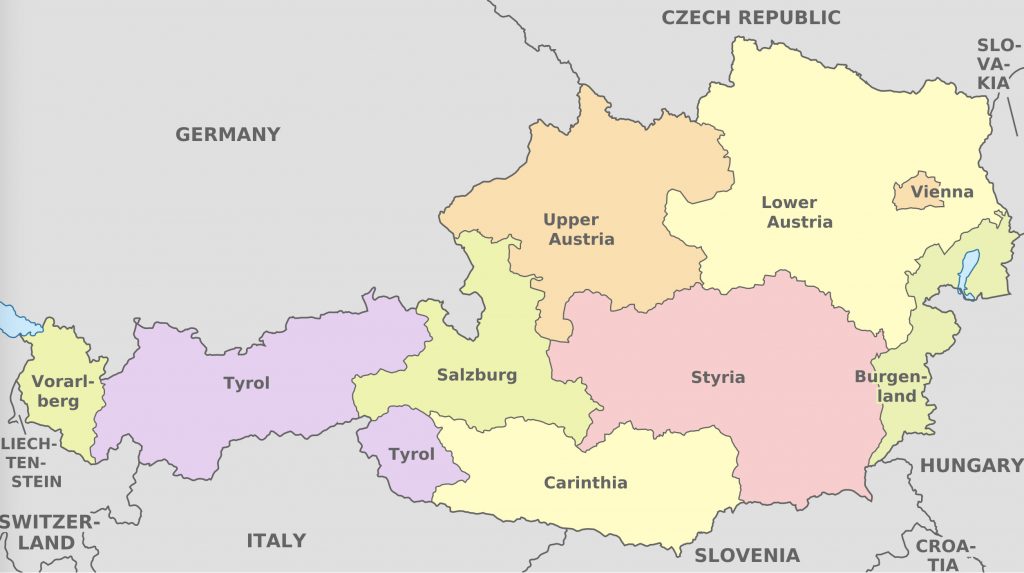 Regions of Austria in the present day. Via Wikimedia Commons.

With the advent of nationalism and the desire to unify countries under one language after World War I, there was a push to “Germanize” the ethnic Slovenes of Carinthia, Austria. Distrust of the Slovenes grew after World War I, when Carinthia fought against Yugoslavia to maintain Austria’s control of the region. The persecution intensified under the Nazis, who saw all Slavs as lesser than Aryan Germanic peoples. Under Nazi rule in Austria, many ethnic Slovene families were forced off their farms to make room for ethnic German farmers who were brought to Carinthia from other locations, such as from South Tyrol in Italy.

In contrast to the German-speaking majority in Carinthia, many ethnic Slovenes (who were mostly Catholic) joined with communist, atheist Yugoslav partisans to resist the Nazis. This resistance movement, one of the most successful in Austria, led to increased persecution of ethnic Slovenes by the Nazi-controlled Austrian government, which sent many Slovenes to various concentration camps both in and out of Austria — including Maja Haderlap’s grandmother, who was sent to the Ravensbrück concentration camp in northern Germany.

Following World War II, both the role of ethnic Slovene anti-Nazi partisans in resisting Nazis, and Austria’s own role in committing atrocities under the Nazis, were ignored by the new Austrian government. Instead, ethnic Slovenes were viewed by many as communists loyal to Yugoslavia and traitors to Carinthia and Austria, leading to further tension and persecution of the community.

Philosopher Theodor Adorno famously stated that “to write poetry after Auschwitz is barbaric,” by which he meant that German poetry ran the risk of glossing over the words of the Nazis and how they twisted language, then integrating that language into the larger culture.

Jewish German-language poet Paul Celan’s solution, writing as a Jew who survived the Holocaust but whose parents did not, was to use the historical context or history of the word in his poetry, giving it multiple meanings, which the word can hold simultaneously.

In his literature prize speech in Bremen, Celan refers to words in the German language that have been Nazified through history as angereichert (enriched) — “weighed down” by that history. The term Angereichert itself is a good example of this. Reich can translate as rich, such as enrichment, to be made rich in something, but it also refers to the Nazi government, the Third Reich.

To narrate the history and experiences of her community to a German-speaking audience, Maja Haderlap uses images, words, that are “weighed down” by the history of Austria’s complicity in the war, and shows that these ideas did not end at the close of World War II.

Recurring language and echoes of persecution 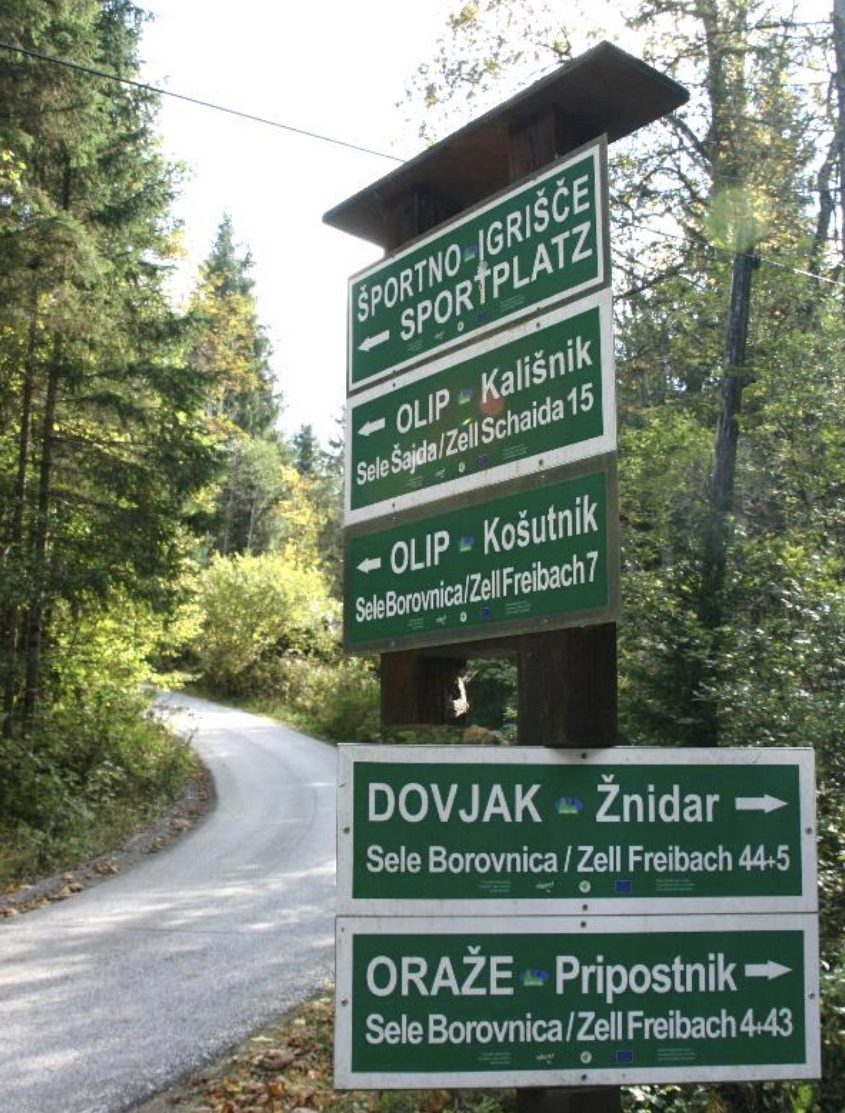 In her article “Die Wirklichkeit der Schatten” (“The Reality of Shadows”), Haderlap depicts Austria’s self-narrative — of not being complicit in the atrocities of World War II — as false, showing how the language and ideas of the Nazis were repeated in Carinthia after the war. For example, she shows how politicians in Carinthia in the 1960s and ‘70s said that they wanted to be “finished with” (Schluss machen) the ethnic Slovenes, echoing sentiments expressed by Alois Maier-Kaibitsch, an Austrian Nazi, during the war.

In her article, Haderlap also shows that the mentality of Carinthia being in an Abwehrkampf (defensive fight) against Yugoslavia, a term that was used after World War I, was invoked again after World War II, when communist Yugoslavia was seen as protecting the anti-Nazi partisans in Carinthia.

At this time, ethnic-German Carinthians felt that they needed to protect themselves from foreign, Slavic influences. This led to such actions as the Ortstafelsturm (Signpost Dispute), where constitutionally mandated Slovenian-German road signs were torn down by ethnic-German Carinthians shortly after they were erected, to remove this official recognition of the bilingual nature of the region.

With her carefully chosen, “loaded” words, Haderlap shows how the oppression of the Slovene minority in Carinthia, which existed even before World War II, continued after the war in the actions, thoughts, and words of the German population, as well as how these events affected her family.

Haderlap’s approach to writing about her community’s experiences in German — by referencing the language of the Nazis — echoes that of Jewish writers like Paul Celan and Theodor Adorno.

What better way to end, then, than with the words of Paul Celan from his Bremen literature prize speech on how language passed through the history of the Nazis and their death-bringing, mutated speech:

Perhaps it is through this process that one becomes able to tell one’s history in the language of the enemy. 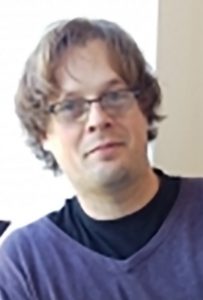 Aaron Carpenter is a Ph.D. student in the Department of German Studies at the University of Washington. His main areas of academic interest are minority literature in Austria and Germany, as well as literature from German minority groups in non-German-speaking regions, such as South Tyrol in Italy. His dissertation examines how writers from the former Yugoslavia and Austria use foreign words to name and discuss traumatic experiences. While his area of focus is on authors primarily from the former Yugoslavia, the theoretical basis for this work is grounded in the writing of German Jewish thinkers such as Theodor Adorno and Walter Benjamin. Aaron has an article on Franz Kafka forthcoming in the JCLA Journal entitled “Tied to German, Unable to Find a Foothold in Yiddish.” Before coming to the University of Washington, Aaron taught English in Qingdao, China, and Innsbruck, Austria, as well as working as a technical writer with Hewlett-Packard. He is the Stroum Center’s 2021-2022 Robert and Pamela Center Fellow in Jewish Studies.