“Is there such a thing as the Jewish people?” 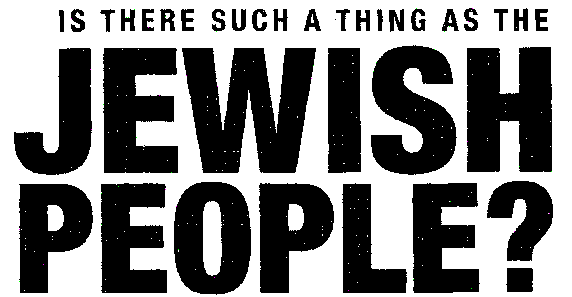 In Moment magazine’s July/August 2012 issue, they asked a variety of Jewish leaders and experts, “Is there such a thing as the Jewish people?”    Our own chair, Prof. Noam Pianko, was asked to contribute to this “Moment Symposium,” and his response is below.   You can find the full article here.

There is such a thing as the Jewish people. However, the boundaries and criteria for membership change in response to historical circumstances and particular communal needs. In the modern period, concepts of Jewish peoplehood reflect the logic of two dominant ideas of collectivity: nationality and religion.  Shaped in conversation with these concepts, modern notions of the Jewish people emphasize the shared religious values, attachment to the state of Israel, and a belief in the unity of Jews despite diverse expressions of Judaism. Recent trends challenging these axiomatic assumptions of Jewish peoplehood have caused concerns among communal leaders worried about diminishing sense of Jewish identity. A more historical view of evolving concepts of the Jewish people suggests another possible explanation. The language of nationality and religion, so important for making collectivity relevant in the nineteenth and twentieth century, may no longer reflect the broader intellectual and social realities of identity in an era of border crossing and global interdependence. Paradigms of social cohesion have shifted from centralized hubs to decentered networks, a primary source of solidarity to fragmented allegiances, and cultural uniformity to fluid boundaries. There will continue to be such a thing as the Jewish people as long as definitions of collectivity continue to evolve new models for defining the meaning and relevance of collectivity from a global perspective.

Noam Pianko is the Samuel N. Stroum Endowed Chair in Jewish Studies and Chair of the Jewish Studies program at the University of Washington. He is currently writing a book exploring the evolution of the term, “the Jewish people.”

(Reprinted with permission of Moment Magazine. For more go to momentmag.com)

Want to see more articles like this?  Sign up for our newsletter!
⇒ Learn more about the Stroum Center for Jewish Studies at the University of Washington, our Sephardic Studies Program, or our Israel Studies Program.
Note: The opinions expressed by faculty and students in our publications reflect the views of the individual writer only and not those of the Stroum Center for Jewish Studies.
By Noam Pianko|2017-09-04T22:42:52-07:00August 6th, 2012|Categories: Jewish History & Thought|Tags: History, Pianko|0 Comments