The Stroum Center for Jewish Studies is proud to highlight the work of its Israel Studies Graduate Grant recipients. The Israel Studies grant is offered twice annually by the Israel Studies Program to support graduate-level research related to modern Israel. These grants are made possible through the generosity of the Benaroya Endowed Fund for Excellence in Israel Studies, created in 2016 by local donor Becky Benaroya.

Learn more about our 2019 Israel Studies recipients below, and learn more about the graduate grants, due on November 18, 2019 for funding in winter/spring 2019. 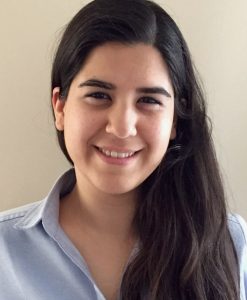 Berkay Gülen is a Ph.D. candidate in the International Studies Program of the Jackson School. She received her MSc. degrees in international relations and politics from the Middle East Technical University and the School of Oriental and African Studies (SOAS), University of London before moving to Seattle. Berkay’s academic interests led her to undertake research at the Moshe Dayan Center of Tel Aviv University and the Institute for National Security Studies, Israel. She is currently writing her dissertation on foreign policy decision-making and the changing role of bureaucrats, mainly diplomats, in Turkey and Israel. She has been awarded research and travel grants from the Stroum Center, Middlebury College, the International Studies Association (ISA), and European International Studies Association (EISA). 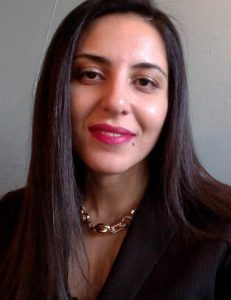 Dr. Marwa Maziad is an international relations and Middle East media and politics expert. She is a Visiting Assistant Professor of Political Communication at Seattle University and Visiting Scholar of International Studies at the Jackson School of International Studies at University of Washington. She is also a regular BBC Political Commentator, offering analyses on US defense and foreign policies, civil-military relations, and global security affairs.

Dr. Maziad is the author of peer-reviewed academic articles such as “Qatar in Egypt: The Politics of Aljazeera” (Journalism, 2018). She is the co-editor of “The Arab Gulf States and the West: Perceptions and Realities—Opportunities and Perils” as part of the UCLA Center for Middle East Development Series (Routledge, 2019).

She is currently working on academic publications stemming from Benaroya Israel Studies-funded research, including a chapter in the forthcoming book, “Comparative Civil-Military Relations in the Middle East,” which will appear in “Middle East Politics in Perspective” (American University in Cairo Press, 2020). Dr. Maziad received her MA in international communication and Ph.D. in comparative Middle East politics, both from University of Washington. 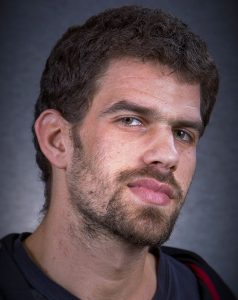 As a Ph.D. candidate in international studies, Hayim Katsman researches the interrelations between religion and politics in Israel/Palestine. Focusing on the contemporary religious-Zionist society, Hayim shows how the tension between religion and modernity is manifested in the everyday lives of individuals and communities. This summer, Hayim focused his research on four new religious communities in the “Haluza sands” of southern Israel. After carrying out interviews with members of these communities, Hayim intends to write on how each of these communities offers a unique understanding of the place of religion in the public and private life. 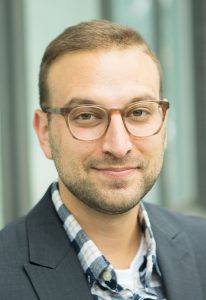 Eryk Waligora is a graduate student in the University of Washington’s Henry M. Jackson School of International Studies, where he is pursuing an M.A. in international studies and learning Mandarin Chinese. Originally from Chicago, Illinois, Eryk grew up in sunny southern California and attended the University of California, Los Angeles (UCLA). He has a strong professional background, having interned for L.A. Mayor Eric Garcetti’s small business council, worked for several international tech startups in market research, become a contract Associate Producer at NBCUniversal, and supported East Asia new business development for an international export company. When Eryk is not working or studying, he is volunteering for the Danny Woo Community Garden, as well as exploring his creative outlets in music and photography. Eryk is the 2019-2020 Robinovitch Family Fellow through the Stroum Center Graduate Fellowship, through which he is researching the connections between the national histories of Israel and Taiwan.

Bret Windhauser is currently a second-year master’s student studying Arabic and modern Turkish in the Department of Near Eastern Languages and Civilization. He double majored in French and International and Global Studies at Sewanee: The University of the South before coming to Seattle.  Previously, he researched refugee movement and smuggling networks between Europe and the Middle East.  This work was primarily based on time he spent in the Jungle Camp in Calais, France, where networks smuggled goods and people between France and the UK. His M.A. thesis focuses on smuggling networks that operate between Israel and the Palestinian Territories and the issues they create for state-building. Bret is also a 2019-2020 Mickey Sreebny Memorial Scholar through the Stroum Center Graduate Fellowship.