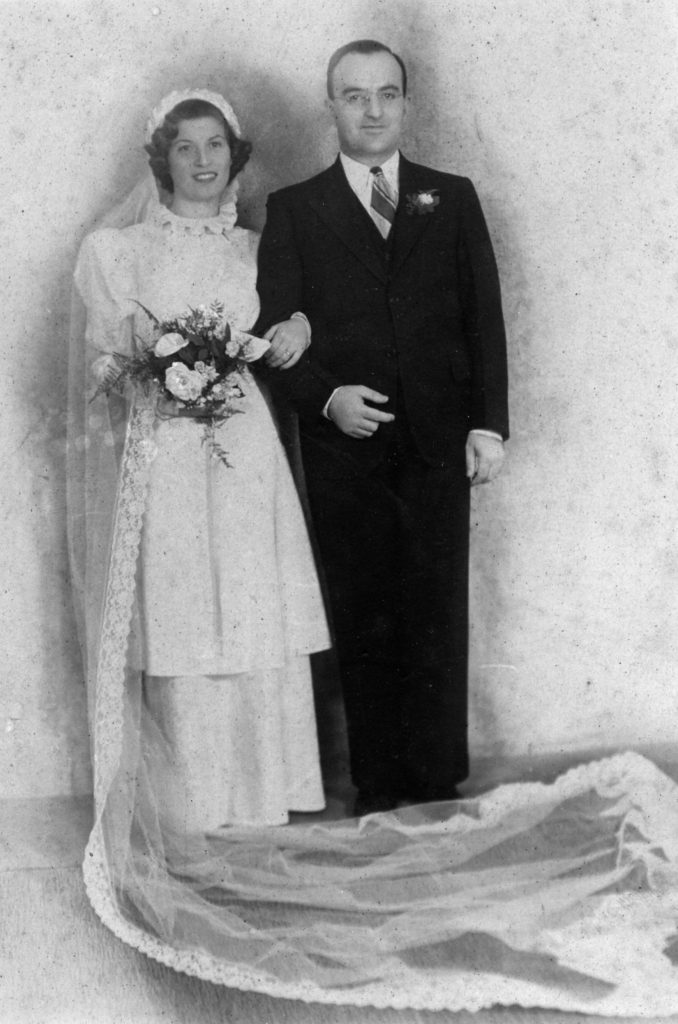 The Expulsion from Spain in 1492 sent Sephardic Jews across the globe in search of refuge. Centuries later, the various paths of Sephardic migration crossed in unlikely places like Seattle. In 1936, the marriage of Joseph Benoliel to Rachel Maimon merged the Sephardic diaspora of North Africa with that of the Ottoman Empire, respectively. Although he was born in 1905 in Manchester, U.K., Joseph Benoliel’s family traced its roots to Morocco and Gibraltar. The family descended from an influential merchant and diplomat. When the Benoliel’s moved to Manchester, Joseph’s grandfather, Moses, served as honorary hazzan (cantor) in the Sephardic Cheetham Hill Congregation (Spanish and Portuguese), and his grandmother, Ledicia. preserved a collection of rare books from her father, Isaac Levy, who had been the chief rabbi in Gibraltar.

Rachel’s family, like most of Seattle’s Sephardic community, was from the eastern Sephardic diaspora. She was born in Tekirdağ, a city in the Marmara region of present-day Turkey, in 1915, and came to the United States in 1924 so that her father, Rabbi Avraham Maimon, could serve as rabbi of Congregation Sephardic Bikur Holim in Seattle. The journey to the Pacific Northwest was particularly difficult for Rachel: at Ellis Island, her mother, Victoria (Vida) Maimon, was placed in the infirmary for an eye infection, and since her two sisters had to stay behind due to immigration restrictions, Rachel was left to fend for herself in the women’s dormitories until her mother’s release; she was just nine years old. After celebrating Rosh Hashana (the Jewish New Year) in New York, her family — including her brother Solomon Maimon, who would eventually become rabbi of Sephardic Bikur Holim, and Bension “Sam” Maimon, who would go on to own Seattle’s 24th Avenue Market — finally made it to Seattle in time for Yom Kippur. Rachel eventually graduated from Garfield High School.

In 1925, Joseph immigrated from Manchester to Seattle via Vancouver, B.C., and in 1936 he and Rachel were married. Rachel cooked traditional Sephardic meals six days of the week, but Sunday dinners were Joseph’s opportunity to experiment with new recipes. Rachel also helped supplement the family income by working for an insurance company, where she met coworkers from a broad range of backgrounds. The Benoliel’s had five children, each of whom have made unique contributions to their respective Sephardic communities. Their eldest son, Rabbi Haim Benoliel, is the founder and rosh yeshiva (head of school) of the Sephardic Yeshivat Mikdash Melech school in Jerusalem, and has served as the rabbi of the Bnai Yosef Syrian Sephardic synagogue in Brooklyn for more than fifty years. David Benoliel has been a lifelong supporter of Sephardic Bikur Holim; the Benoliel’s only daughter, Judy Belsky (wife of Rabbi Hillel Belsky) is a professional psychotherapist, and a renowned artist and poet based in Israel. In Seattle, two of their sons, Al and Joel, are actively involved in the Sephardic Studies Program: Al provided his family’s oral history and rare book collection, and Joel and his spouse, Maureen, initiated the program’s Founder’s Circle in 2012. Joel also served as the first Sephardic chair of the University of Washington’s Board of Regents in 2020, and was a member of the board from 2016-2021.

Special thanks to Joel Benoliel for offering reflections on his mother, Rachel. 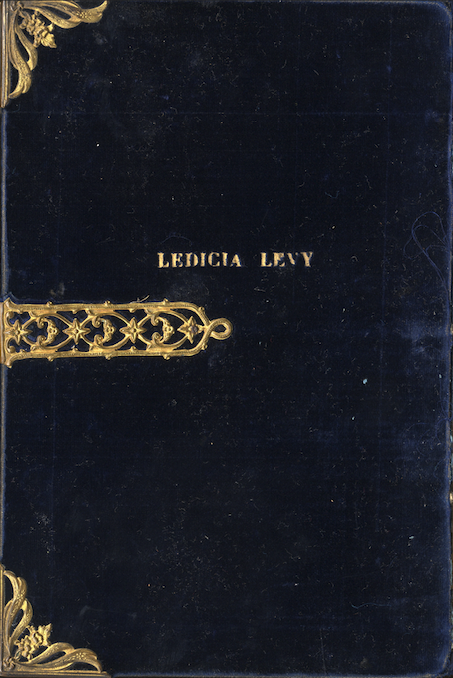 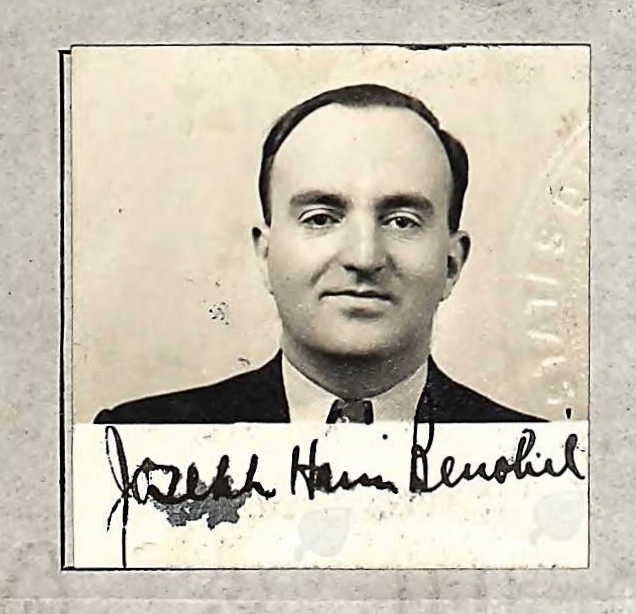 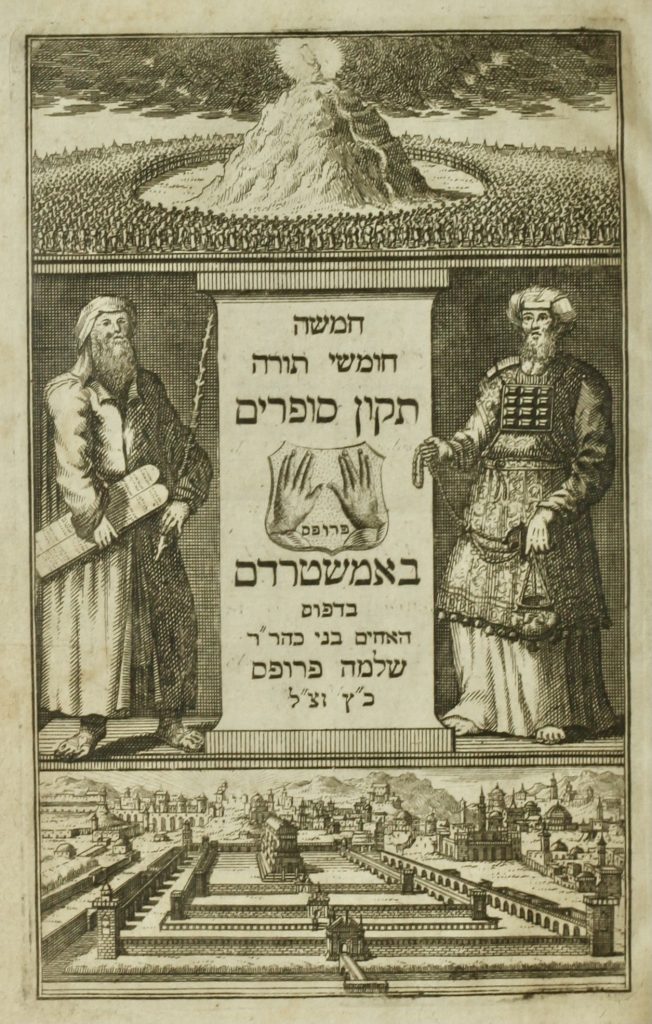 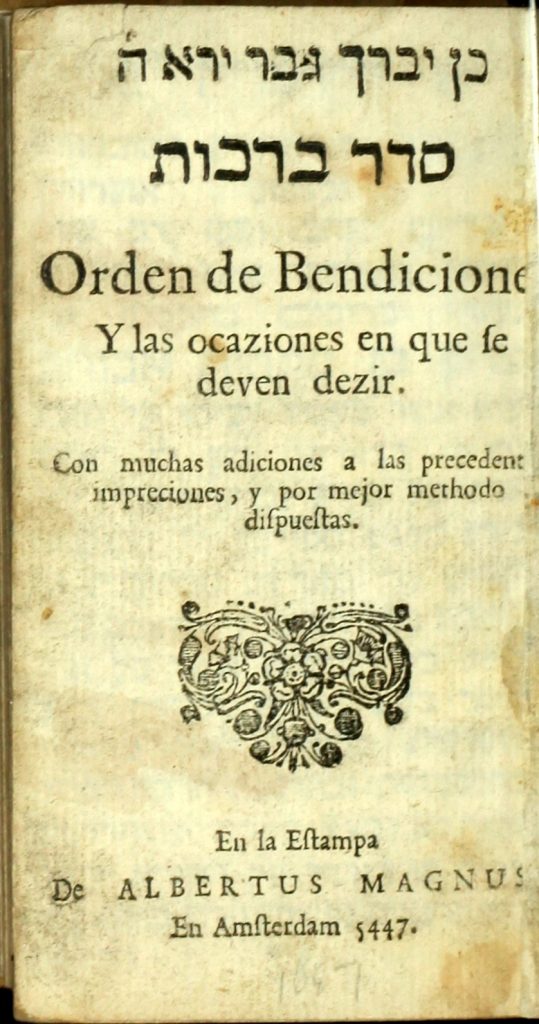 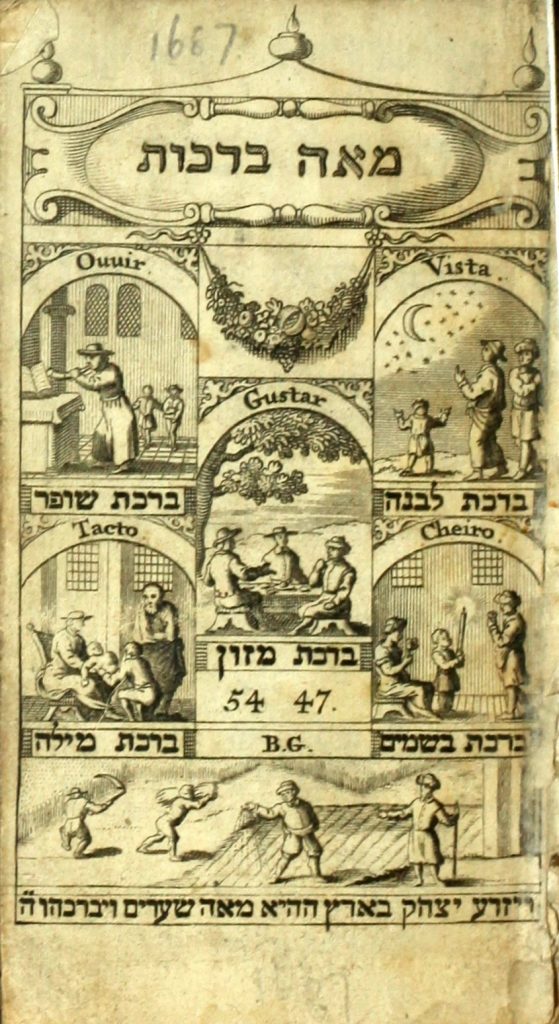 Illustrations from Orden de bendiciones, including scenes in which one would make certain blessings, such as those over the moon (top right) and after a meal (center). (ST00379, courtesy Al Benoliel)