One of the most distinctive features of Ottoman Sephardic culture and religion was the liturgical music. Based on Ottoman musical modes known as maqam, Sephardic music represents one of several cultural exchanges between Jews and Muslims in the Ottoman world. Reverend Samuel Benaroya, the long-time hazzan (cantor) at Sephardic Bikur Holim Congregation, was among the few masters of maqam to come to the United States. Born in Edirne (Adrianople) in 1908, Benaroya regularly visited the local mevlevi (whirling dervish) lodge where he learned from sufi singers, who also visited the local synagogue.

A position as hazzan at a Sephardic synagogue in Geneva compelled Benaroya to leave his hometown. He returned to Edirne just as World War II began only to meet and marry his wife, Aliza, before the couple moved back to Switzerland where their daughter, Judith (Judy), was born. After the war, Benaroya learned of a cantorial position available in Seattle via David de Sola Pool, then the rabbi of the Spanish and Portuguese synagogue in New York City. As an “audition” Benaroya sent a phonograph recording of himself singing two Yom Kippur melodies to Sephardic Bikur Holim, and, based on this audio sample alone, he was hired as the new hazzan. Upon learning of her husband’s new position, Aliza expressed her skepticism over moving to Seattle — a place so faraway and unknown that she considered it ande se arapa el werko (“where the devil shaves”).

Despite having lived in Switzerland for eighteen years, the Benaroyas only had Turkish passports, and were faced with the strict immigration quotas that limited the number of Turkish nationals who could enter the United States. Following an intervention by Senator Warren Magnuson, and with Benaroya’s new title as a “reverend” (clergy leaders were often able to circumvent the quotas more easily than lay people), the family finally arrived in Seattle in 1952. To learn English, both Aliza and Samuel attended the Broadway High School, which offered evening classes for adults in a variety of skills after World War II.

In Seattle, Reverend Benaroya became the subject of numerous studies, including a University of Washington PhD dissertation — and ultimately a published book — by Maureen Jackson. Aliza and Samuel’s daughter, Judy Amiel, was an active participant in Ladino Day celebrations at the University of Washington and continued her family’s legacy of imparting Sephardic traditions to the next generation. 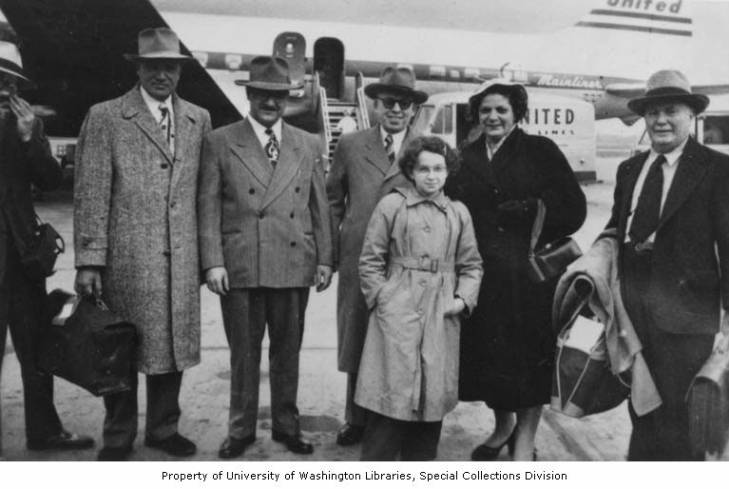 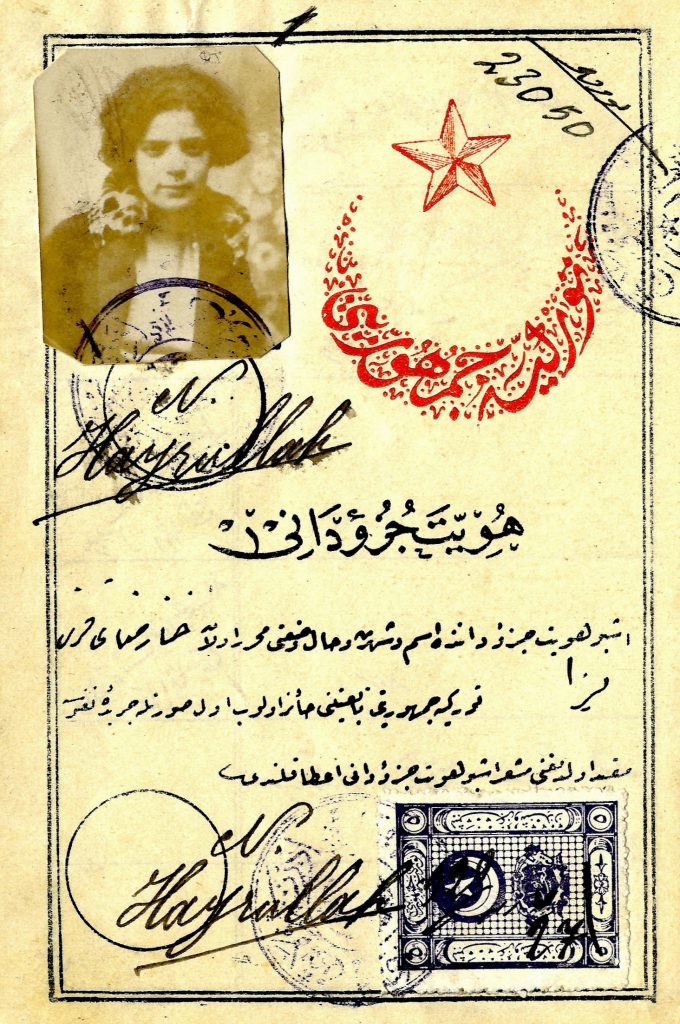 Aliza Benaroya’s Turkish passport. The red moon and star were symbols of the Ottoman Empire and the Turkish Republic (ST00264, courtesy Judy Amiel) 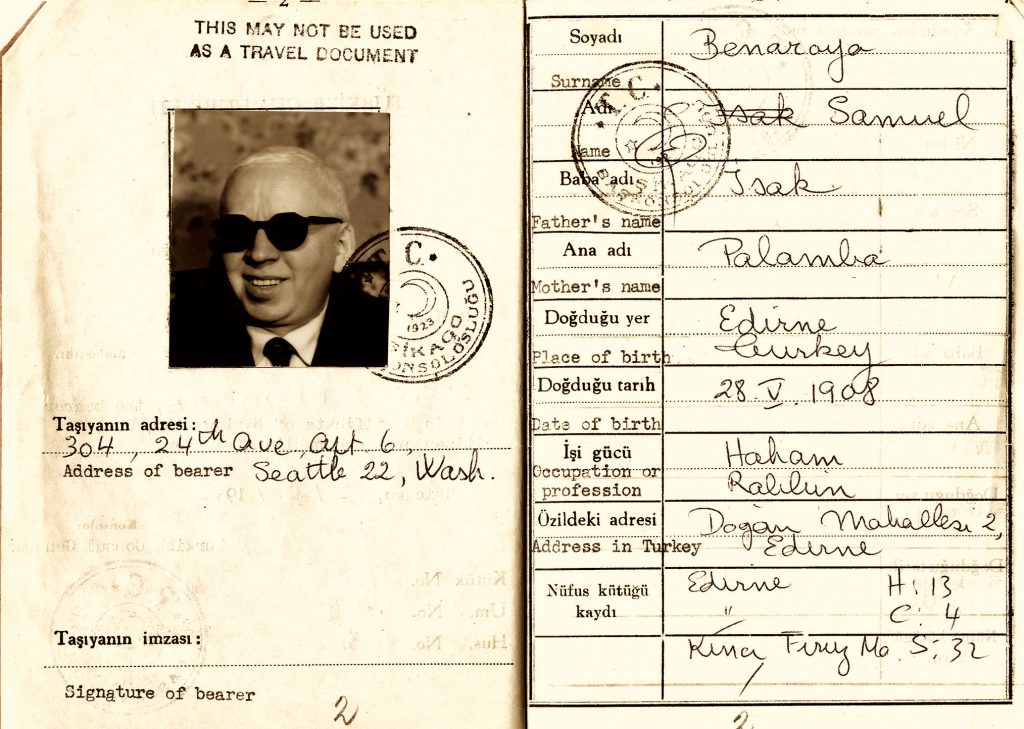 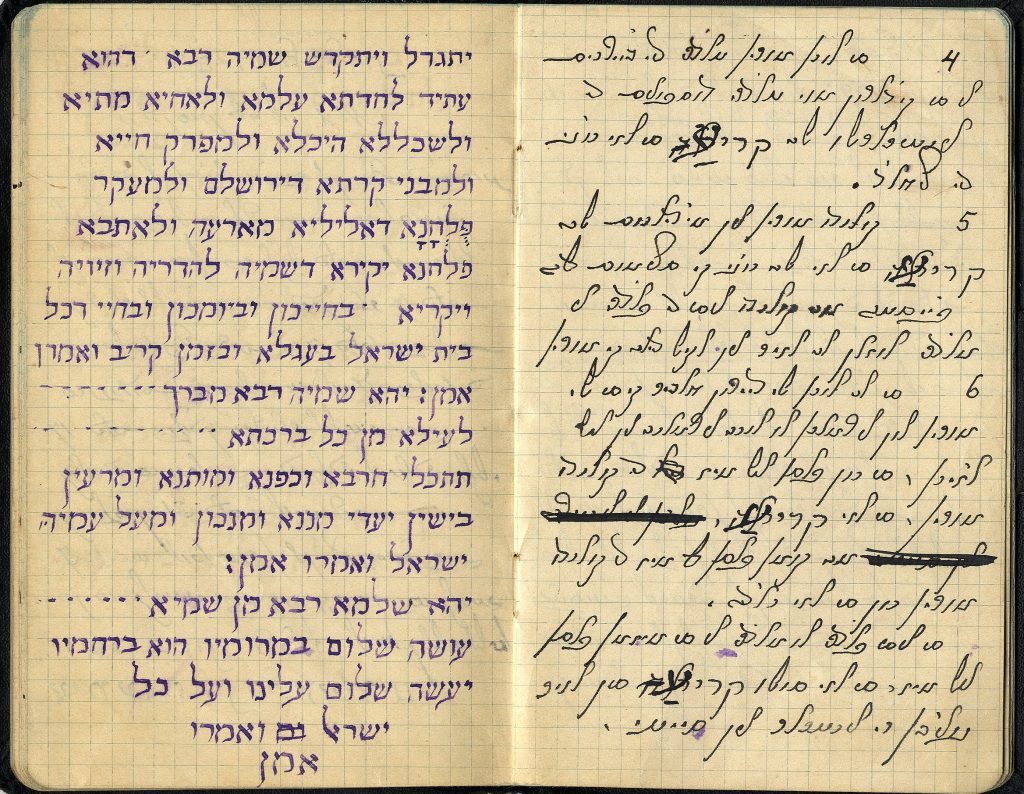 Pages from Benaroya’s handwritten notebook with the kadish written in Aramaic (left), and notes on the opposite page in soletreo, the Sephardic Hebrew cursive script. (ST00272, courtesy Judy Amiel) 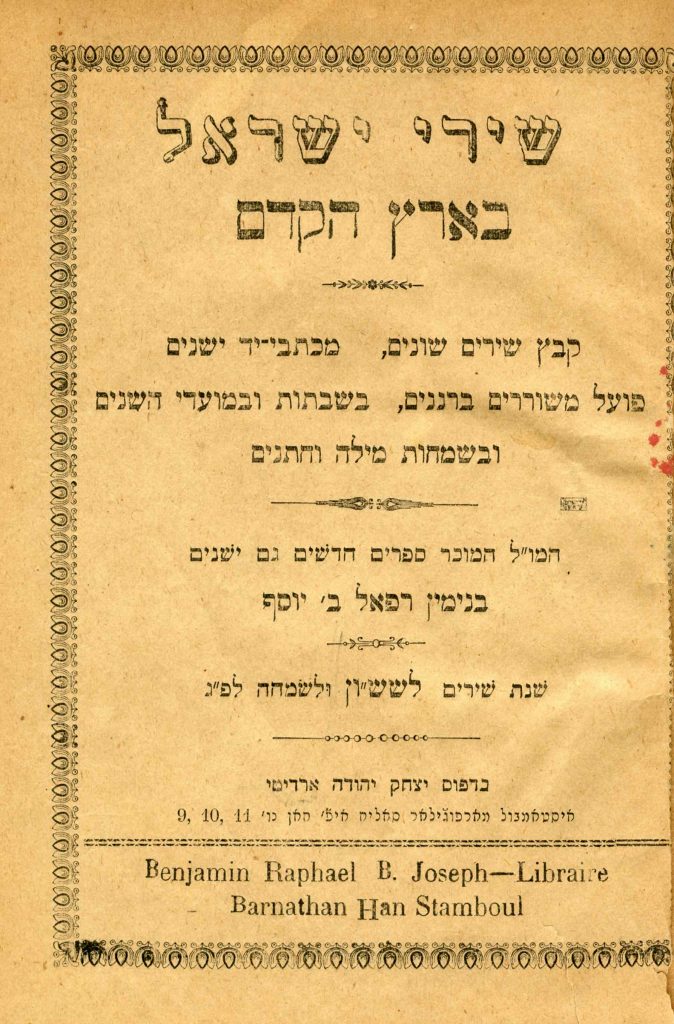 Shire Yisrael be-Erets ha-Kedem, published in Istanbul (1925), a collection of several hundred Hebrew songs indexed by maqam. This edition, which belonged to Benaroya, is one of only five known copies in the world. (ST00270, courtesy Simon Amiel) 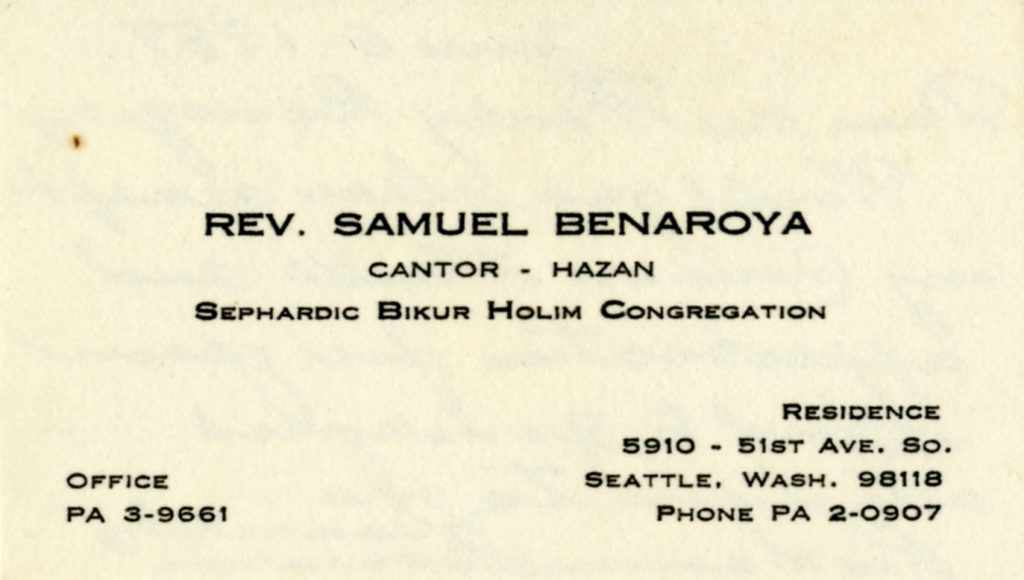 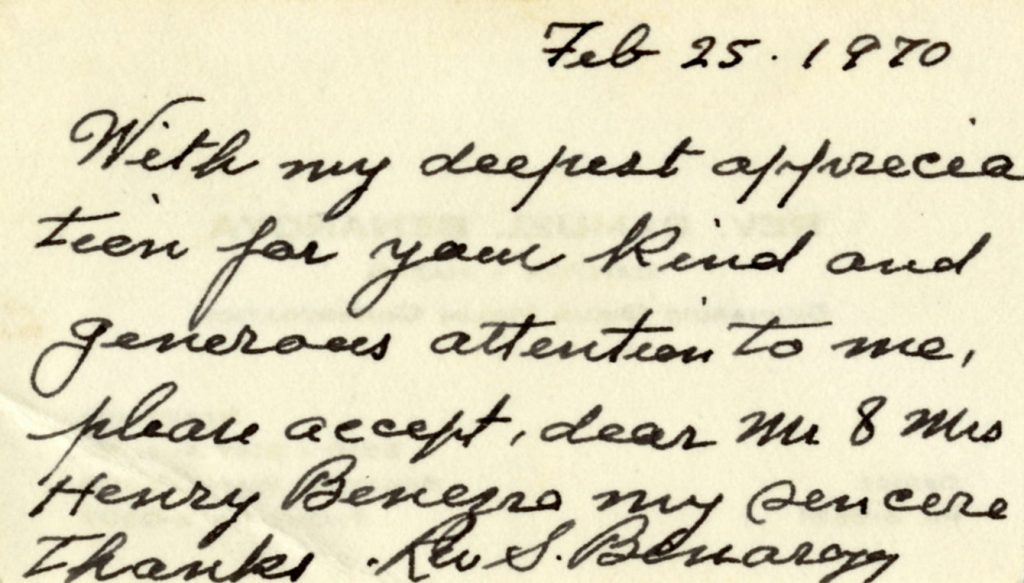 Benaroya’s business card with his address in Seattle’s Seward Park neighborhood. The cards were likely printed around 1962, when Sephardic Bikur Holim moved away from the Central District. The card’s verso includes a note from Benaroya to Henry and Samhula Benezra. (ST01199, courtesy Al Maimon) 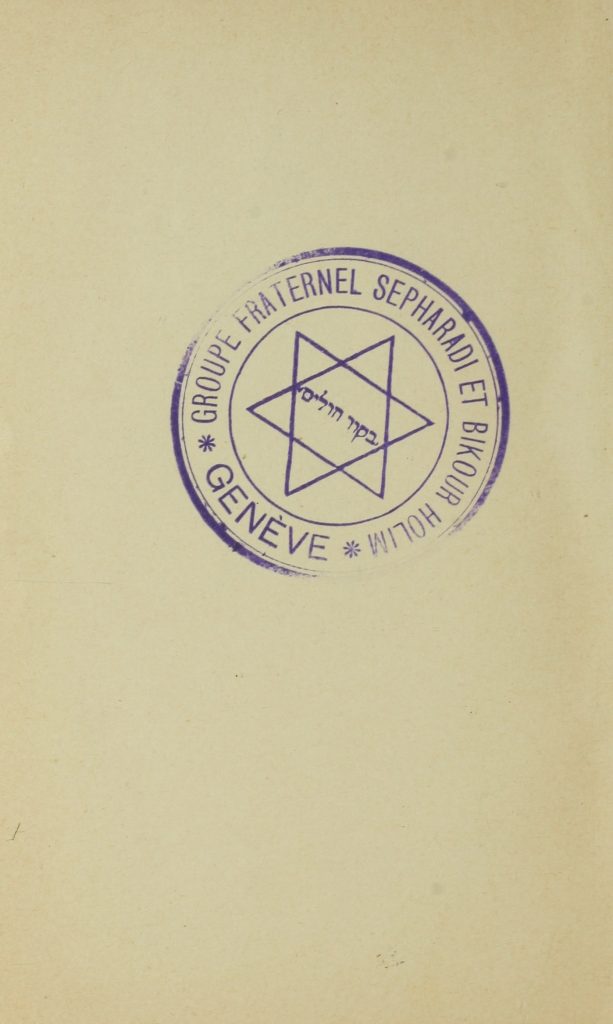