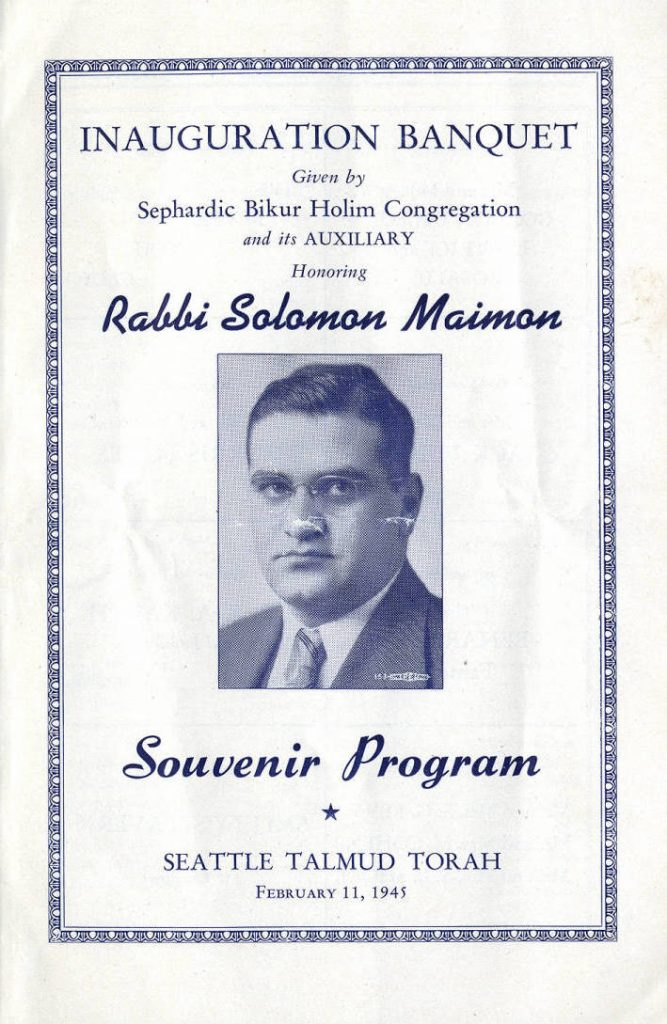 Many of Seattle’s foundational Sephardic institutions were conceived of and established by Rabbi Solomon Maimon. The youngest son of Rabbi Avraham and Victoria Maimon, Solomon was born around 1919 in the Ottoman Empire in Tekirdağ (Rodosto). Most of his family moved to Seattle in 1924, except for two of his sisters who were only able to immigrate to the United States after marrying men in Seattle’s Sephardic community. As the youngest son, Solomon attended the local Talmud Torah (religious school) and was encouraged by his teachers to attend Yeshiva University in New York (which would not open its Stern College for Women until 1954). In 1944 he became the first Sephardic rabbi ordained in the United States — a feat that required him to learn Yiddish in order to attend classes with the famous Rabbi Joseph Soloveitchik.

Upon returning to Seattle, Maimon served as rabbi of Sephardic Bikur Holim and head of the rabbinical court (bet din) of Seattle. Determined to create vibrant Jewish life in the city for the present and for future generations, Maimon helped establish Seattle Hebrew Academy, Sephardic Adventure Camp, and Northwest Yeshiva High School. He also practiced ritual circumcision (berit mila) for over fifty years. His collection of Ladino and Hebrew books and artifacts has been generously shared with us by his nephew, Al Maimon. 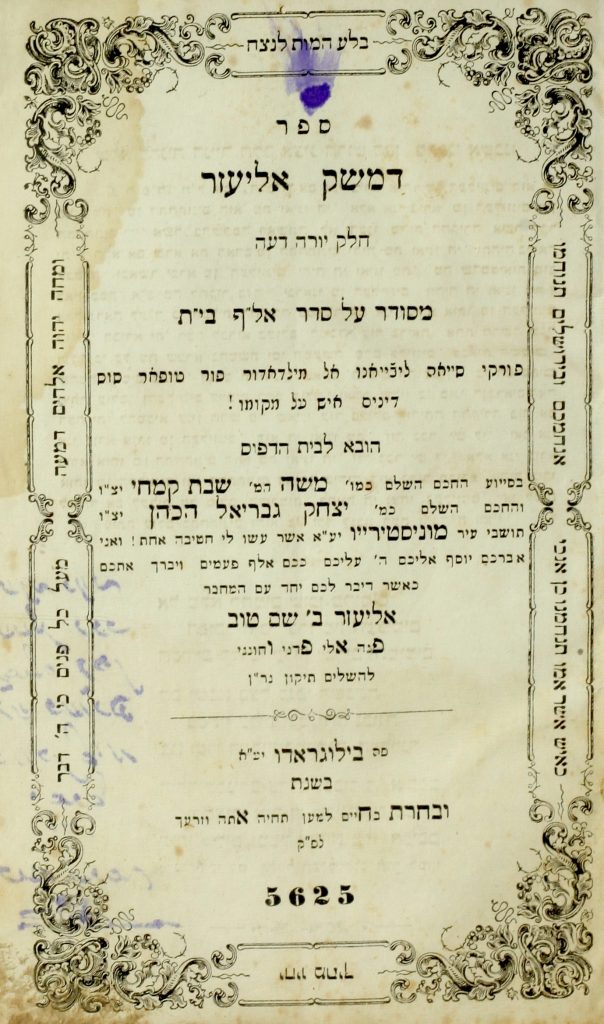 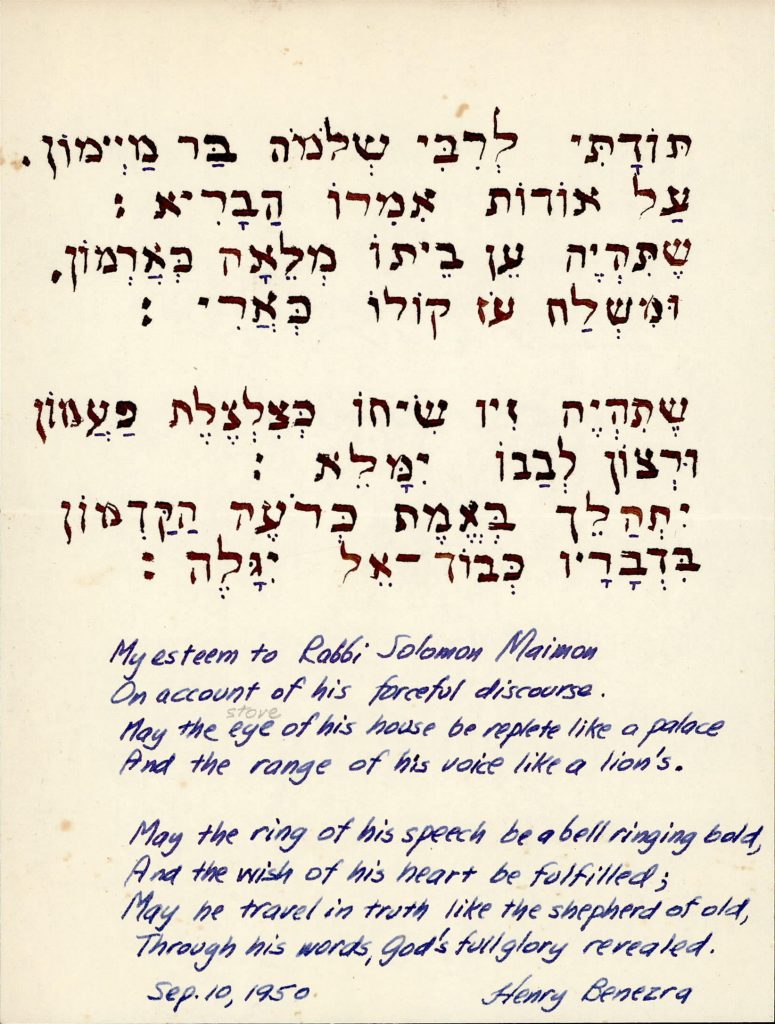 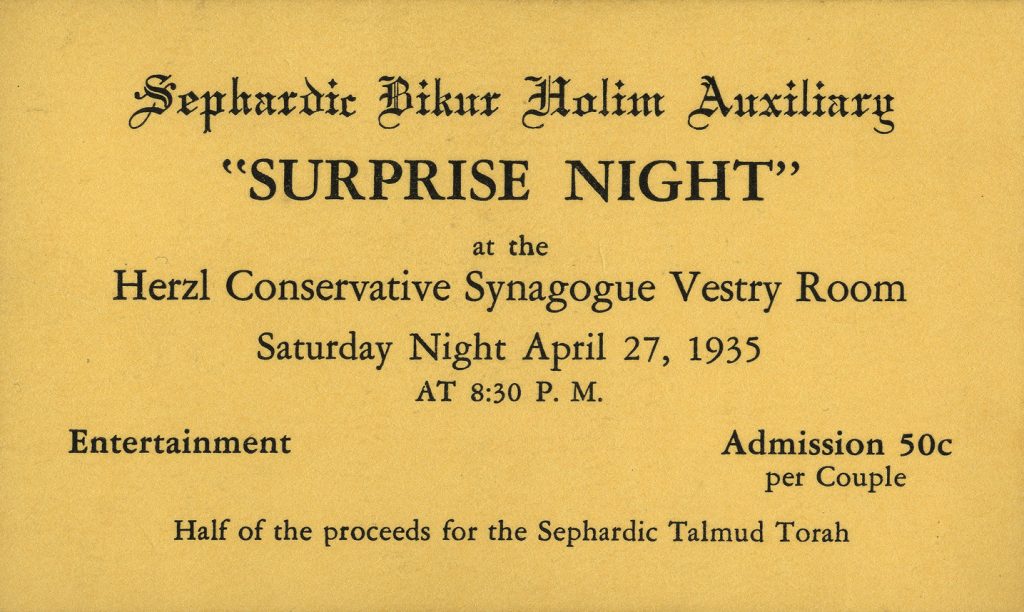 Ticket for “Surprise Night,” an evening of entertainment for couples sponsored by Sephardic Bikur Holim Congregation in partnership with Herzl, an Ashkenazi Conservative congregation, 1935. (ST00830, Isaac Maimon via Al Maimon) 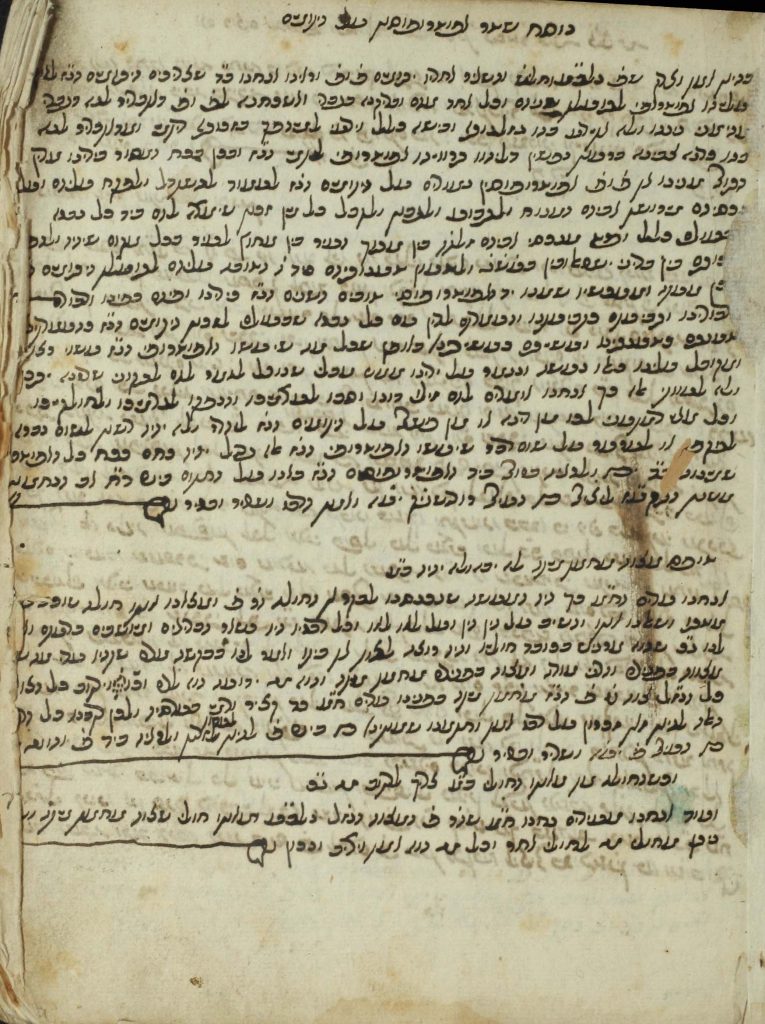 Page in soletreo, the Sephardic Hebrew cursive script used to write Ladino, from a manuscript from Tekirdağ. According to Rabbi Maimon’s brother, Isaac, rabbis in Tekirdağ utilized this manuscript of Jewish legal decisions and notes for generations until Rabbi Avraham Maimon brought it to Seattle. (ST00738, courtesy Al Maimon)