In this summer’s Ladino class, students translate historic Sephardic songs into English for the first time 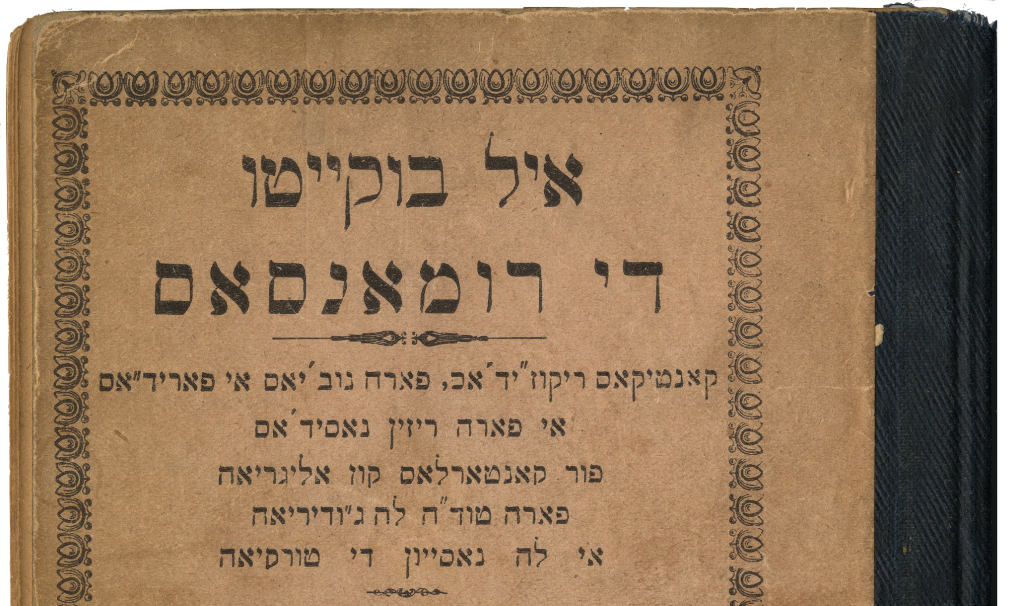 How long does it take to learn to read an endangered Jewish language in an uncommon script? In just four weeks, students in our summer Ladino Language and Culture course have developed the skills to begin reading and translating original Ladino documents.

Professor David Bunis, the course instructor and leading expert in the Ladino language, creates a collaborative, virtual classroom where students work together to translate Ladino texts word by word. One of the texts we recently examined was a song from the 1926 booklet El bukyeto de romansas, a compilation of 32 Ladino songs thematically related to brides and mothers-to-be. The particular song we translated is known by its first line, “El amor es fuerte” (“The love is strong”).

Taking turns, each student read and translated one line of the song. All were reading the text in its original rashi Hebrew script, just as the readers of El bukyeto de romansas once did nearly a century ago. Many had not learned rashi letters prior to the class.

In between translations, students asked questions that revealed their own academic backgrounds. Those intimately familiar with Spanish, who account for over half the class, asked technical questions: Why were certain grammatical prepositions used over others? How can we see divergences from Spanish that show us that Ladino is its own unique language? 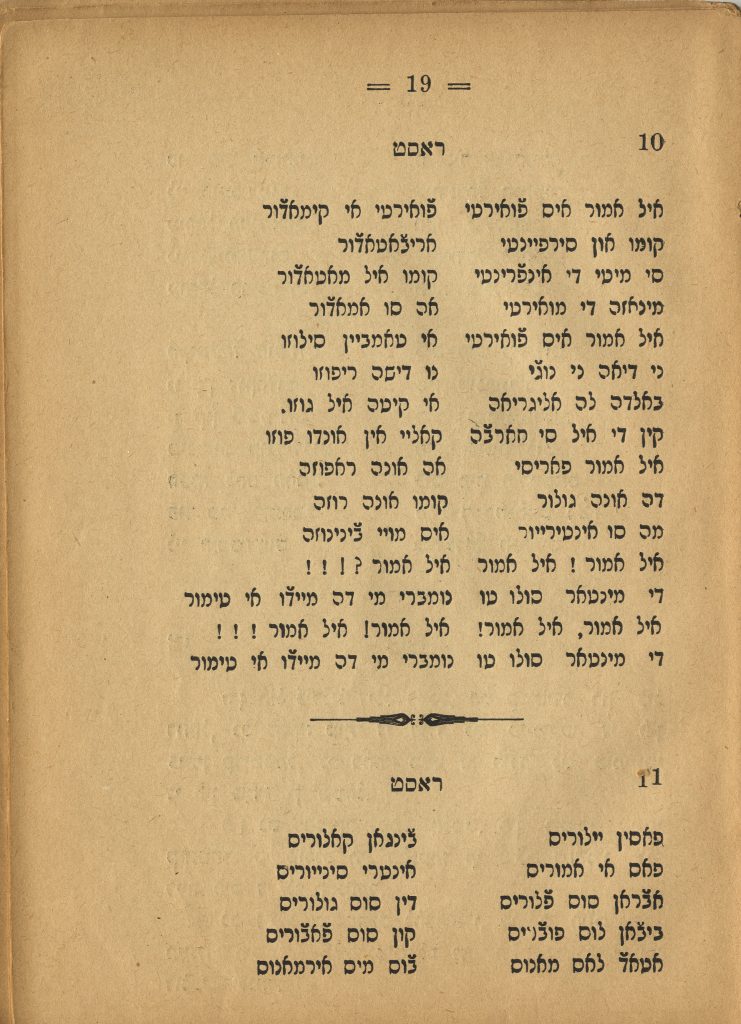 Text of the Ladino song El amor es fuerte (“The Love is Strong”).

One student wondered why the song was separated into columns. Professor Bunis suggested that this form may have been inspired by the rabbinic texts upon which Ladino publishers often based their books: Traditional rabbinic literature often did not use commas to separate sentences, so formatting the text into columns helped punctuate the text without them.

Others were more curious about the song’s melody. All the songs in El bukyeto de romansas are organized according to makam — a Middle Eastern musical mode — but how did Sepharadim know how to sing in a particular makam without any musical notations accompanying the text? The answer is that makam was a form of oral tradition passed down throughout generations of Sephardic Jews, and a tradition that Jews learned in the Muslim context of the Ottoman Empire. In the case of El amor es fuerte, the song is to be sung with the makam known as rast.

In less than a day, the class had created a translation of El amor es fuerte, which can be found below. Their work is one example of how formal Ladino instruction at the University of Washington can generate new resources to enhance accessibility to original Ladino texts — in the (virtual) classroom and beyond.

Want to see more articles like this?  Sign up for our newsletter!
⇒ Learn more about the Stroum Center for Jewish Studies at the University of Washington, our Sephardic Studies Program, or our Israel Studies Program.
Note: The opinions expressed by faculty and students in our publications reflect the views of the individual writer only and not those of the Stroum Center for Jewish Studies.
By Makena Mezistrano|2020-12-30T12:45:06-08:00July 20th, 2020|Categories: Digital Sephardic Treasures, Sephardic Studies|Tags: David Bunis, Ladino, Ladino Resources, Sephardic Music|0 Comments