The guest of honor at Seattle’s biggest party this December will be an endangered 500-year-old language.

At the second-annual International Ladino Day, hosted at the University of Washington on December 4th, the Judeo-Spanish (or Judezmo) dialect of Sephardic Jews will bask in the spotlight of renewed international interest. Seattle boasts one of America’s largest populations of Jews who trace their ancestry to Spain before the expulsion in 1492. If last year’s vibrant Ladino Day celebration here was any measure, this community is extremely proud of its linguistic and cultural heritage.

Check out the highlight reel from Seattle’s 2013 Ladino Day celebration, which featured heartfelt musical performances, saucy folk sayings, video greetings from dignitaries, and a group narration of how Seattle’s Sephardic Jews got their start:

Says FitzMorris, “This year’s International Ladino Day celebration promises to be really memorable. Just like last year, our goal this year is to celebrate Ladino as a living language, and we hope to showcase current UW Ladino students and some of the other special things that are happening in Seattle right now. Because Seattle will be one of the first cities in the world to celebrate this year, we’re also hoping to collaborate with other cities in their celebrations.”

FitzMorris promises that many of last year’s performers will be back with encore presentations (as will the trays laden with Sephardic pastries and baklava, which is music to this writer’s ear!). However, there will also be exciting new twists in the program and increased student participation.

Another new addition this year will be an opportunity to keep the party going: the Stroum JCC is offering a special evening to honor the legendary Sarajevo-born Ladino singer Flory Jagoda on Saturday, December 6th. The legacy film, “Flory’s Flame,” will be followed by a live concert with Jagoda herself and several other singers. You can visit the JCC website for ticket information. 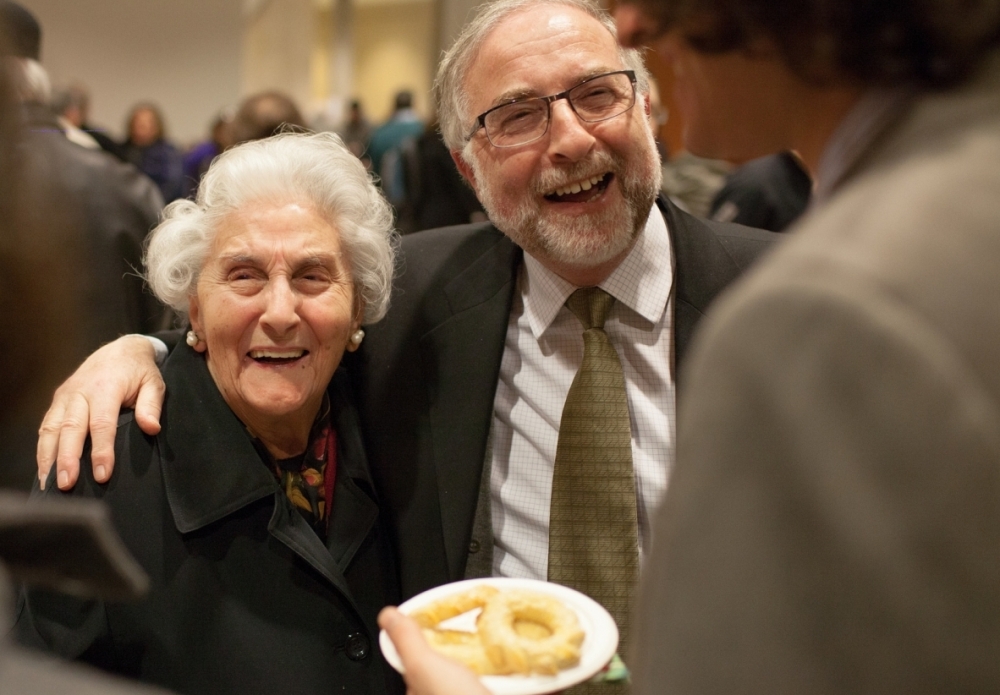 Like many aspects of the UW Sephardic Studies Program, the Ladino Day celebration happens because of community involvement. Nearly all of the slated performers and cosponsoring organizations are part of Seattle’s Sephardic community. Thanks to the efforts of Prof. Naar and the support of the Stroum Center, the UW is considered a global leader in the field of Sephardic Studies. Projects like the Sephardic Studies Digital Library & Museum, which aims to make hundreds of rare Ladino artifacts accessible to the public, illustrate the special partnership between the university and the community.

December 4th will offer an opportunity to celebrate a language that, rather than dying, certainly feels like it is thriving in the Pacific Northwest. Prof. Naar summed up his anticipation for this year’s party with these thoughts:

“There is a Ladino proverb that says: Deshame entrar, me azare lugar, which means, ‘Let me enter and I will make a place for myself.’ This expression captures what we are celebrating at International Ladino Day in Seattle. Ladino is a language that traveled halfway across the globe, from Spain to the lands of the former Ottoman Empire, and finally to the United States. It is a language that entered the American cultural milieu a few generations ago and made its mark: as a spoken language, as a language of the home, of the synagogue and of the street, of journalism and of literature. But in recent decades, the ‘place’ that Ladino and its speakers had carved out for themselves has narrowed considerably. We now have a new opportunity, in a new generation, with new partners, and in a new space–the university–to provide another occasion for Ladino to shine. That is what motivates the partnership between the UW and our local Sephardic community, and that is what our Ladino Day celebration is all about.”

Bring on the Sephardic songs, history, and humor–and pass me the baklava.

Want to see more articles like this?  Sign up for our newsletter!
⇒ Learn more about the Stroum Center for Jewish Studies at the University of Washington, our Sephardic Studies Program, or our Israel Studies Program.
Note: The opinions expressed by faculty and students in our publications reflect the views of the individual writer only and not those of the Stroum Center for Jewish Studies.
By Hannah Pressman|2017-09-04T22:42:06-07:00October 28th, 2014|Categories: Our Events, Sephardic Studies|Tags: American Jewish Community, Devin Naar, Hannah Pressman, Ladino, Ladino Day, Ladino Day 2014, Molly FitzMorris, Seattle, Sephardic|8 Comments