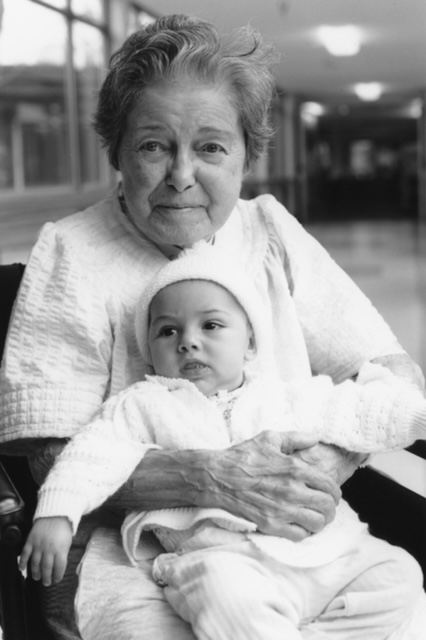 Anna Jacoby as a baby with her great-grandmother, Beya “Betty” Policar Alhadeff (1912-2004). Betty and her family, including her parents Jacob and Esther Policar, were among the first Sephardic Jews in Seattle.

The active participation of multiple generations in the University of Washington’s annual Ladino Day programs is particularly significant and meaningful. While the Ladineros, a group of Seattle residents who speak Ladino or grew up in Ladino-speaking homes, have been the stars of many Ladino Day programs, representatives of younger generations, two or three or even four generations removed from native Ladino speakers, have also played an important role. At the Ladino Day program in 2014, for example, a group of youngsters from Sephardic Adventure Camp sang a few songs with the guidance of Hazzan Isaac Azose. For some of those campers, participation in Ladino Day marked a turning point in their lives.

The impact of Ladino Day was especially poignant for Anna Jacoby. Not only did she sing songs with her fellow Sephardic Adventure campers, but at a subsequent Ladino Day, she recited a historic Ladino Bar Mitzvah speech given in Seattle in 1944. She wrote about her Ladino Day experience at the time: “Reflections from a first-time Ladino speaker.” Years after her participation in Ladino Day, Anna opted to write her (successful!) college admissions essay about the meaning of Ladino Day and Sephardic culture to her. We are thrilled to present an adapted excerpt from her essay, which demonstrates the significance and lasting impact of the University of Washington’s Ladino Day across the generations.

Imagine giving a speech in front of 400 people in a foreign language you do not understand. Included in the audience are your friends, family, and community leaders. No, this was not a bad anxiety dream but a real-life situation for me. This nerve-racking experience began my journey of personal growth through a better understanding of my culture, community, and identity.

In September 2019, I was asked by a family acquaintance at the University of Washington’s Sephardic Studies Program to participate in their annual International Ladino Day program. She knew my family had Sephardic Jewish heritage, so she asked me if I’d be willing to read a speech in Ladino, a Bar Mitzvah speech in Ladino given by a Seattle community member in 1944. Without hesitation, I agreed, not considering for a moment that I didn’t speak Ladino.

Ladino, or Judeo-Spanish, is the language initially spoken by Jews from Spain. It travelled and developed with them after they were expelled from Spain in 1492 and settled across the Mediterranean, including the lands of the Ottoman Empire. My Policar ancestors, for example, lived on the island of Marmara, in present-day Turkey. Ladino was still spoken by many Jewish immigrants who came to America in the early twentieth century. I only knew a few words in Ladino that my mother taught me. She learned these words from her grandmother Beya aka “Betty,” a fluent Ladino speaker. By 2019, all of my Ladino-speaking relatives had passed away, and only a few people in my community could still speak Ladino. For three months, I worked with a tutor [former Sephardic Studies assistant director, Makena Mezistrano] provided by the UW Sephardic Studies program to learn the basics of Ladino. Slowly, I learned the basics of this ancient language.

As I gained more confidence in my Ladino skills, my interests broadened. I wondered how my great-grandmother Betty, who emigrated from Turkey to Seattle at the age of 12, balanced her traditional culture and language with the desire to assimilate into American society. I was nervous when I finally gave the speech to a crowded auditorium. As I read, I realized how this experience brought me closer and gave me a greater understanding of my heritage, including my great-grandmother, Betty.

Participating in International Ladino Day gave me an intimate perspective of how language shapes people and communities. I realized few people in my community speak Ladino, and none my age are learning it. If no one my age does anything to revive Ladino, much of my culture will eventually be lost. Through studying Ladino, I better understand how important language is to a community’s identity and connection to its past. These experiences have inspired me to learn about and spread my Sephardic heritage. For example, last summer, I attended Sephardic Adventure Camp, an overnight camp focusing on Sephardic culture and Ladino, as a counselor. These transformative experiences have contributed to my academic and personal confidence and sense of self.

These experiences have also expanded my horizons and inspired me to learn about other cultures and languages, such as Xaad Kil, spoken by only 200 members of the Haida Tribe of the Pacific Northwest. Although Sephardic Jews and the Haida have had vastly different historical experiences, I came to recognize that they also share universal similarities that shape what it means to be human. Learning more about the struggles of the Haida Tribe to preserve their language also forced me to recognize a difficult truth about my own identity and the future of my culture. 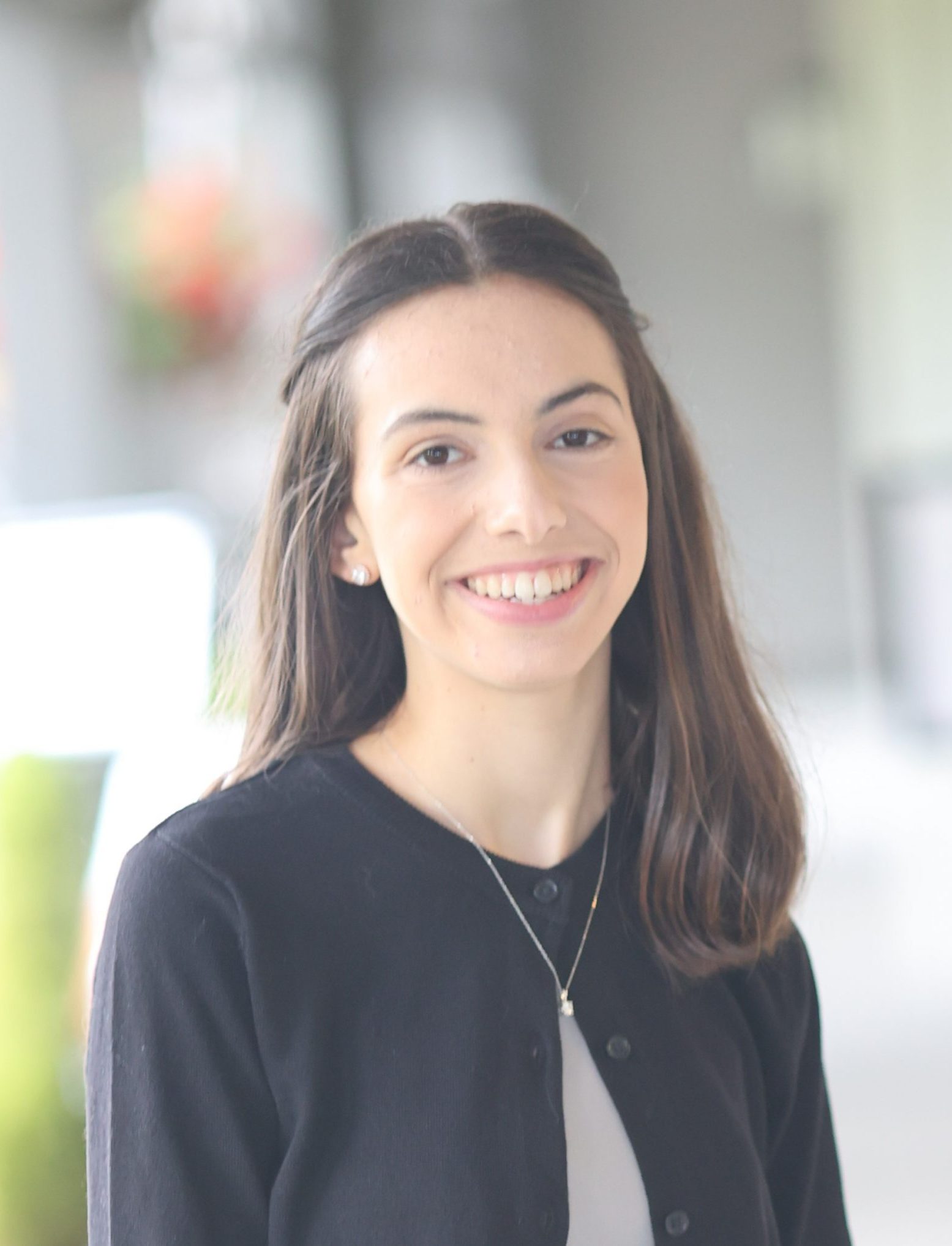 Anna Jacoby is a graduate of Northwest Yeshiva High School,
a member of Congregation Ezra Bessaroth,
a counselor at Sephardic Adventure Camp,
and an undergraduate student at the University of Michigan.