What are Sephardic Rosh Hashana customs? 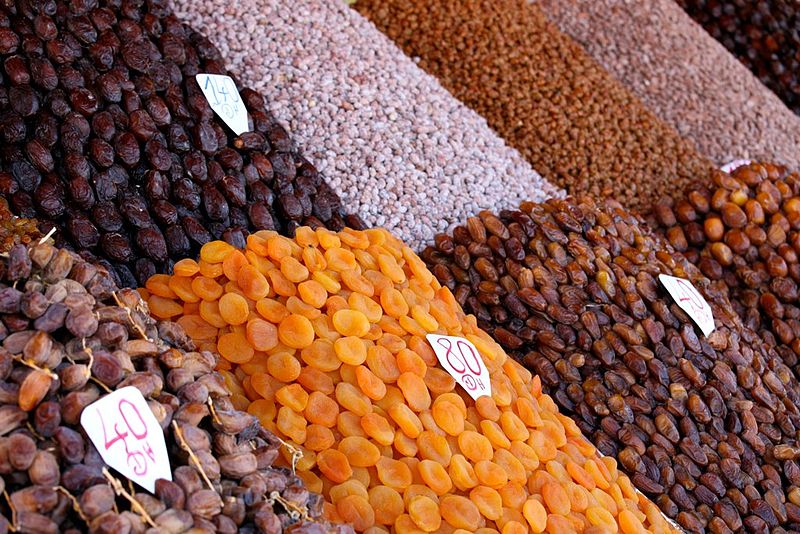 The Jewish people celebrate Rosh Hashana (pronounced Rosh Ashana among Sepharadim) every year starting the evening of the first day of the Hebrew month of Tishri. The Jewish New Year is celebrated in synagogues by hearing the shofar (ram’s horn) blasts and at home with a festive meal featuring symbolic foods, like apples dipped in honey for a sweet new year.

At the beginning of the holiday dinner, Sephardic Jews from the lands of the former Ottoman Empire have a special custom called the yehi ratzones, a series of symbolic appetizers including not only apples, but also dates, leeks, spinach, squash, black-eyed peas, and cheek meat of a cow or a fish head (the foods may differ between communities and be prepared in any number of ways). The symbolic foods represent, based on word play with Aramaic or Hebrew, a hope for the coming year, yehi ratzon, meaning “may it be [God’s] will.” For instance, dates symbolize the hope for the end of enmity against the Jews, as the Aramaic word for “date” is similar to a Hebrew word for “end.” The fish head or cheek meat symbolizes our hope that we may be the head, and not the tail. (See the order of the yehi ratzones in English, Hebrew and Ladino [in Latin script] according to the Sephardic customs as practiced in Seattle in Isaac Azose’s Mahzor Tefilah Le-David Le-Rosh Ashana.)

It is not entirely clear where the custom of the yehi ratzones originates, but food symbolism dates back to Talmudic times. In addition to the yehi ratzones, instead of dipping their bread in salt as is customary throughout the year, Jews dip their bread in honey or sugar on Rosh Ashana. In Rhodes, that sugar was kept throughout the year for various folk remedies. In her memoir I Remember Rhodes, Rebecca Amato Levy relates another interesting custom followed by this community in which they avoided wearing anything new on their feet including shoes, stockings, and slippers on Rosh Ashana.

Sephardim greet each other with the Ladino expression Anyada Buena, Dulse i Alegre (“May you have a good, sweet and happy New Year”) or a Hebrew greeting, Tizku leshanim rabot (“May you merit many years”), to which one answers, Tizkeh vetihyeh ve-ta’arich yamim (“May you merit and live and increase your days”).

As part of our Sephardic Studies Digital Library and Museum at the University of Washington, we have several sources that offer us insight into the Jewish New Year as conceptualized by Sephardic Jews in the previous century.

One of the most intriguing of these texts comes from 1923/1924 on the island of Rhodes, then part of Italy. Ya’kov Kabuli, a teacher of Hebrew at one of the schools of the Alliance Israélite Universelle on Rhodes, published the second edition of his Livro de Instruksion Relidjioza. As implied by the title of the booklet, “Book of Religious Instruction,” it was intended for children in the Jewish schools in the “Orient” (meaning primarily the Eastern Mediterranean). Given the geographic proximity of Rhodes to mainland Turkey, the last page of the book indicates that it was also available for sale in the port city of Izmir, home to a much larger Sephardic Jewish community also part of the “Orient.” 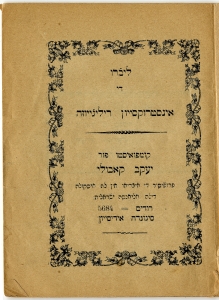 The 56-page manual printed in Rashi script provides a basic introduction to Judaism with sections such as  La Relidjion (“religion,” p. 3), El Dio (“God,” p. 4), Los 13 Ikkarim (The 13 principles of Judaism as established by the medieval Sephardic sage, Rabbi Moshe Ben Maimon, also known as Maimonides [in Greek] and Mūsā bin Maimūn [in Arabic], p. 5), and Nuestras doveres en jeneral sigun la biblia i el talmud (“Our general duties according to the Bible and the Talmud,” p. 48-56).

The text follows a simple style in which the author poses questions (demandas) followed by answers (repuestas), similar in form to catechisms developed to teach the basic precepts of Christianity to Christian children.

The booklet begins with the following dialogue, in which the answer is provided from the perspective of the student who would be reading the text (p. 3):

Question: Who are you?

Answer: I am a Jewish child since I believe in the Jewish religion while at the same time I am a descendant of our patriarchs Abraham, Isaac and Jacob, the last of whom was designated with the name Israel. It is for this reason that the Jews called themselves Bene Israel (“children of Israel”).

The booklet also includes a description of Rosh Ashana in a section entitled Las fiestas (“the holidays”), which offers insight into the ways in which Kabuli, the teacher in Rhodes, sought to inculcate faith and observance of traditional Judaism among Jewish youth (p. 8-9):

Question: What is the first Jewish holiday of the year?

Answer: The first holiday of the year is Rosh Hashanah, two days which are the first and second of the month of Tishri[.] [We] celebrate this holiday to commemorate the start of the year, [and] it is on this day that God judges the entire universe, determining for each person everything that will happen in the coming year either for good or for bad. This holiday is also called Yom Ha-Zikaron, day of remembrance, which means that God remembers everyone [on this day], [and] this is the reason why we gather together in the temple [synagogue] to pray to God to grant us a new year full of goodness. We also have a shofar [ram’s horn] as a sign of liberty.

Thanks to David E. Behar, our copy of Kabuli’s Livro de Instruksion was made available to us by Congregation Ezra Bessaroth, which Jews from the Island of Rhodes established in Seattle toward the beginning of the twentieth century. The full text of Kabuli’s “Livro de instruksion religioza” is now available online as part of the Sephardic Studies Digital Library and Museum at the University of Washington. Happy reading!

Want to see more articles like this?  Sign up for our newsletter!
⇒ Learn more about the Stroum Center for Jewish Studies at the University of Washington, our Sephardic Studies Program, or our Israel Studies Program.
Note: The opinions expressed by faculty and students in our publications reflect the views of the individual writer only and not those of the Stroum Center for Jewish Studies.
By Ty Alhadeff|2018-09-08T22:59:32-07:00September 24th, 2014|Categories: Digital Sephardic Treasures, Sephardic Studies|Tags: Ladino, Religion & Ritual, Seattle, Sephardic, Ty Alhadeff|16 Comments