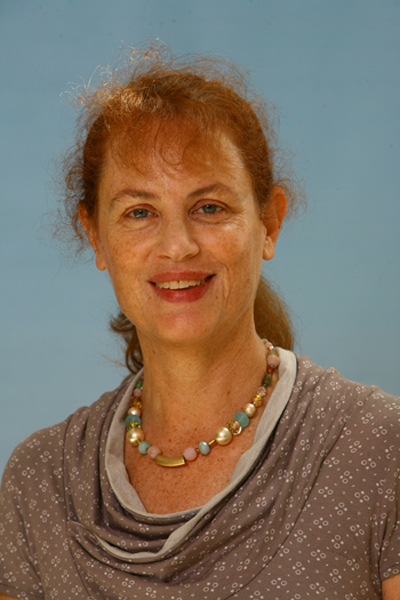 Ilana Pardes, the 2010 Stroum Lecturer at the UW, writes about the bible’s impact on Israeli culture.

Ilana Pardes, a professor of comparative literature at the Hebrew University of Jerusalem, has just published a new book based on her 2010 Stroum Lectures at the University of Washington.

Agnon’s Moonstruck Lovers: The Song of Songs in Israeli Culture (2014) is the twentieth book published by the University of Washington Press in its series, the Samuel and Althea Stroum Lectures in Jewish Studies. Pardes joins a distinguished list of scholars, such as Michael Fishbane, Paula Hyman, and Yosef Haim Yerushalmi, who turned their visiting lectureship at the UW into pathbreaking scholarly publications.

Pardes’ fascinating book provides an in-depth look at cultural Zionism through the biblical Song of Songs. Her approach is to examine the way that S.Y. Agnon (1887-1970), one of the most important Hebrew writers of the twentieth century, interpreted the Israeli uses of the most famous biblical portrayal of love and desire. The resulting cultural history is a masterful meditation on the relationship between secularism and religion in Zionism and Israeli culture.

Leora Batnitzky’s review calls Agnon’s Moonstruck Lovers “a work of stunning erudition,” while Robert Alter declares, “This new study confirms Ilana Pardes as one of the most deeply interesting scholars in the field of comparative literature.” Pardes’ other studies, such as The Biography of Ancient Israel and Melville’s Bibles, also consider the role of the bible in artistic and national imaginations. 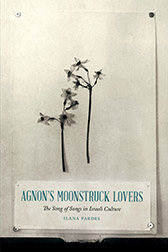 Pardes’ new book was published by the University of Washington Press as part of its Stroum Lectures series.

The careful close readings in this book will delight fans of S.Y. Agnon, who won Israel’s only Nobel Prize for literature in 1966. The self-mythologizing author  was born Shmuel Yosef Czaczkes in the Eastern Galician town of Buczacz. He was known for such classic tales as “Agunot” and “The Tale of Scribe,” which combined Eastern European Jewish folklore with a decidedly modern artistic sensibility. Novels like A Guest for the Night and Only Yesterday established Agnon as the chronicler of the Jewish cultural center’s geographical shift from Europe to Israel.

Pardes considers the latter novel, a portrayal of the Second Aliyah which was published in 1945 , as her “point of departure.” She then unpacks works by Agnon that may be less familiar to English-reading audiences: the novella Betrothed and the stories “Edo and Enam” and “Forevermore.” Readers will also enjoy the archival photographs and period illustrations by artists like Ephraim Moses Lilien, who was a founding artist of the Bezalel School in Jerusalem.

Pardes explains in her Introduction that she is following the “traces” of the biblical Song of Songs that appear in Agnon’s modern tales and commentaries, and elsewhere in Hebrew culture too. Her readings, she says, “are located in the realm of semi-hidden texts and subtexts”–a fitting approach to a writer whose dreamy, enigmatic texts are often subject to Freudian interpretations.

Agnon’s Moonstruck Lovers deftly reveals the resonance between the Song of Songs and Agnon’s literary universe. Both envelope the reader in world hovering somewhere between, in Pardes’ words, “dreams, daydreams, and reality.” Readers waiting “upon the handles of the lock” (Song of Songs 5:5) when it comes to Agnon will find here many valuable keys to understanding this great master of Hebrew literature.

Want to see more articles like this?  Sign up for our newsletter!
⇒ Learn more about the Stroum Center for Jewish Studies at the University of Washington, our Sephardic Studies Program, or our Israel Studies Program.
Note: The opinions expressed by faculty and students in our publications reflect the views of the individual writer only and not those of the Stroum Center for Jewish Studies.
By Hannah Pressman|2017-09-04T22:42:23-07:00January 12th, 2014|Categories: Arts & Culture|Tags: Hebrew, Stroum Lectures, Zionism|0 Comments