Graphic Novels and the Art of Jewish Memory 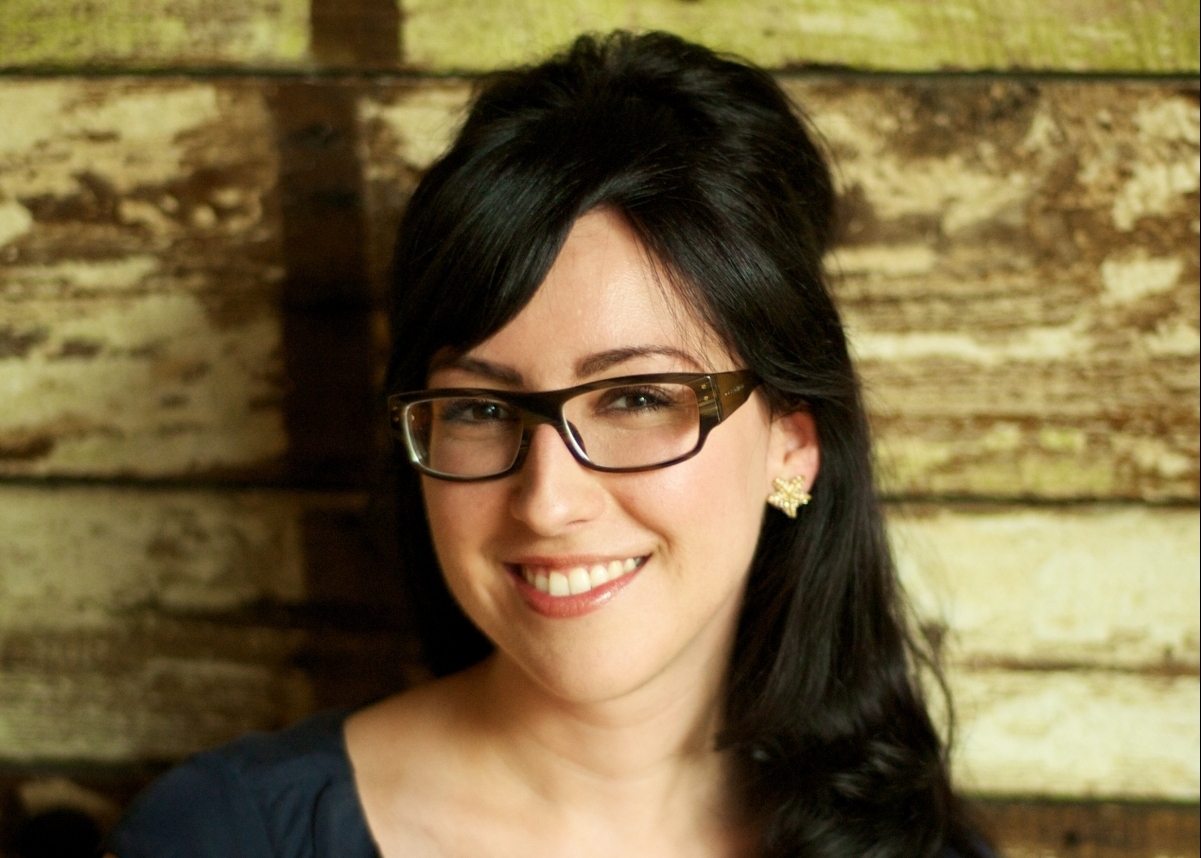 Tamar Benzikry is a UW alum who returned to campus as a teacher in Spring 2015. Photo by Arthur Shwab.

On a sunny afternoon in early May, students in Paccar Hall were milling around a cluster of photographs showing memorial sculptures from around the world. As they passed each picture taped on the wall, the students wrote down whether they recognized the monument, a one-word description of what it looked like, and a one-word description of how it made them feel. Afterwards, they discussed how monuments like the Field of Stelae in Berlin and the European Stolperstein project, both depicted in that week’s reading of Letting It Go by Miriam Katin, help individuals to mediate national traumas like the Holocaust.

Small, impactful group activities like this were the hallmark of Tamar Benzikry’s Spring 2015 course on “Graphics Novels and Jewish Memory.” With a complex interdisciplinary topic combining Art History, Jewish Studies, and Memory Studies, Benzikry was careful to provide students with accessible activities to jump-start discussion every week. She also assigned students to work in chavruta pairs to close-read comics artists’ panels and pages and analytical texts by cultural scholars. And, she brought in four guest artists during the quarter to describe their creative processes for reckoning with personal and collective memory.

Most importantly, perhaps, Benzikry gave her students the fundamental tools to be able to discuss both contemporary art and Jewish memory. She says, “One of the main things I wanted students in my course to walk away with was a set of analytical skills to read words, to read pictures, and to read words and pictures together. I wanted them to have a critical language and a shared vocabulary. In the first class, we talked about Memory Studies—key terms in the field— and in the second, we dissected the language of comics. It gave the students a framework and as we applied our shared terms in practice, I saw their confidence grow.”

Benzikry took her first UW teaching opportunity very seriously: not only is Jewish art a topic about which she is extremely passionate, but also, she is a proud UW alum who graduated in 2005 with a BA in Art History and a Jewish Studies minor. “I saw this as an honor and a unique opportunity. I’ve walked on campus as a student and as someone going to meetings, but going to campus as a teacher about to facilitate learning—so exciting.”

The Language of Comics

After graduating from the UW, Benzikry honed her knowledge at the Jewish Theological Seminary in New York, where she earned a Masters Degree in Jewish Art & Visual Culture in 2007. A class with Rosalyn Deutsche on “The Art of Witness” opened Benzikry’s eyes to the possibilities offered by graphic novels, which she defines as “a long form comic with a narrative arc.” However, the genre was still somewhat limited: “When I was in graduate school, the only Jewish graphic novel I was exposed to was Maus by Art Spiegelman.” 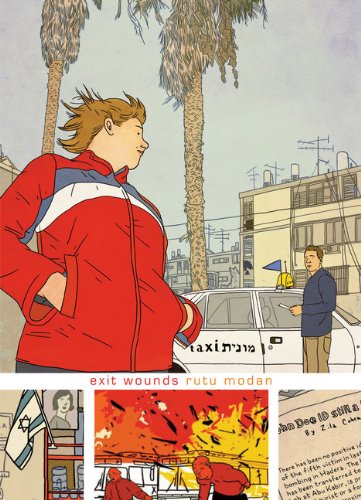 Rutu Modan’s Exit Wounds was published by Drawn and Quarterly in 2007 and has won several awards.

The past several years, though, have seen a distinct proliferation in the field of Jewish-themed graphic novels. The topics range from Miriam Libicki’s Jobnik: An American Girl’s Adventures in the Israeli Army (2008) to El Illuminado, a 2012 graphic novel about New Mexico crypto-Jews co-authored by Ilan Stavans (one of our Stroum Lecturers in 2016). At the same time, there has been a popularization of graphic novels in broader American culture. In 2014 Roz Chast’s graphic novel-memoir about taking care of her aging parents, Can’t We Talk about Something More Pleasant?, became a #1 New York Times Bestseller, while a Broadway show based on Alison Bechdel’s graphic novel Fun Home swept the Tony Awards.

Benzikry considers graphic novels to be particularly effective for teaching about memory: “If you break down the words ‘graphic’ and ‘novel,’ you have images and words to consider on their own and cross-discursively. You can see how together, they become more than the sum of their individual parts, how together they represent time across space. The scholar Scott McCloud, for example, describes comics as the only art form in which the past, present, and future are visible simultaneously. If you look at a comics panel, on the left you have the past and on the right, the future. He describes the reader’s perception of the present as moving across the page.”

She continues, “This relates so much to Judaism and memory: Judaism is rooted in narrative, with ritual and learning operating as an ongoing narrative in which the past deeply informs the present, and the present informs, interprets, and recasts the past as relevant. I see the active remembering of stories as underpinning much of Jewish history and ideas; we do things now to remember things that were then.”

Through their paneled structure, graphic novels make apparent the conscious labor of stitching together the components of a story. Benzikry and her students analyzed choices each artist made, particularly in graphic memoirs, and applied Memory Studies terms such as mnemohistory and narrativization. Mnemohistory, as described by scholars such as Jan and Aleida Asmann, is concerned less with the past as such and more with how the past is remembered. Benzikry says, “I wanted students to walk away with an awareness of narrativization, or how we choose what goes into a story. To understand how history is a form of narrativization. Religion is a form of narrativization. As are our own life stories.” 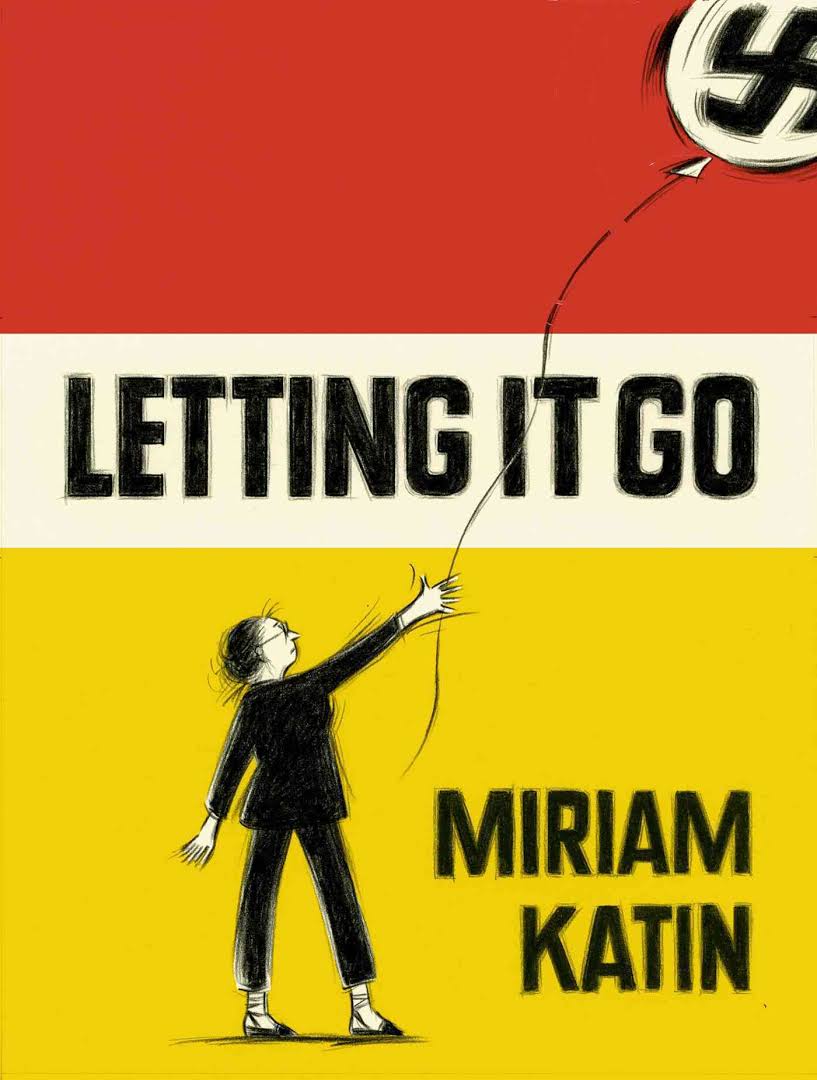 The cover of the 2013 graphic novel by the Hungarian Holocaust survivor Miriam Katin.

Miriam Katin, a Hungarian-born Holocaust survivor, was one of the artists that Benzikry highlighted in her class. Katin’s award-winning graphic novel, Letting It Go (published by Drawn and Quarterly in 2013), depicts the artist coming to terms with her son’s decision to move to Berlin, a city she saw as fraught with personal and collective memories. In the panel to the left, excerpted from Letting It Go, Katin writes about the need to “draw yourself out of” a situation that is causing you pain. The artist visited Benzikry’s class via a Skype phone call that one student called “an amazing opportunity” and “very moving.”

Advocating for Art in the Classroom

Benzikry enjoys all aspects of understanding art, from the history and theory to its contemporary practice and impact on society. A prominent arts advocate in Seattle, she spends her days at 4Culture, where she manages public art projects for King County and consulting clients. One of the most successful campaigns she recently managed was “Poetry on Buses: Writing Home,” a partnership to bring original poetry to Metro Transit.

Benzikry firmly believes in the ability of art to transform learning. Indeed, studies show that encouraging children to view and analyze visual art can increase lifelong skills in observation and perception. She built this theme into a publiclecture delivered at the third-annual JewDub Talks event this past January. Benzikry’s talk, “How Ecological (and Jewish) Art Can Change How We Learn,” focused on the path-breaking work of Mierle Laderman Ukeles. 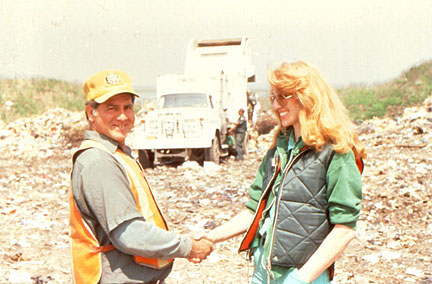 Thanks to our supporters’ generous gifts to the Jewish Studies Forward Fund, Benzikry was hired as a guest lecturer this past spring and given the opportunity to apply her theories about arts education to her own classroom. The results? Benzikry says, “We drew many students into this course, most of whom had never taken a Jewish Studies class before. We saw that art has the potential to draw students who otherwise might not be exposed to Jewish Studies and the lenses it has to offer.”

Senior Shawn Laramie is majoring in Comparative Religion and minoring in Jewish Studies and NELC. He described Benzikry’s class in glowing terms: “The course took us on a parallel journey through the history of underground graphic novels and the massively influential role that Jewish authors such as Art Spiegelman and Will Eisner had in elevating this unique art form out from the shadows and into the consciousness of the mainstream literary world. She led us in intense Socratic discussions on Jewish Graphic Novels both widely celebrated and obscure. I left the class with a greater appreciation for graphic novels, and a deep sense of cultural pride in how important Jews were in shaping their evolution.”

Benzikry was likewise invigorated by her teaching experience at the Stroum Center, and she has several ideas to further integrate art into the Jewish Studies curriculum. “This class reinforced my belief in the power of the visual to teach and convey ideas. I think existing courses could incorporate more varieties of cultural expression—music, performance, poetry, photographs, as well as visual art and architecture. New courses can be built around Jewish cultural expression. I believe in the power of art to tell compelling stories, to help us see things—everyday things, big things, differently. Art helps us feel differently and it can help us to remember. So, I’d love to see more courses with art at the center and as springboard, and to see the arts be integrated more into Jewish Studies classes.”

Want to see more articles like this?  Sign up for our newsletter!
⇒ Learn more about the Stroum Center for Jewish Studies at the University of Washington, our Sephardic Studies Program, or our Israel Studies Program.
Note: The opinions expressed by faculty and students in our publications reflect the views of the individual writer only and not those of the Stroum Center for Jewish Studies.
By Hannah Pressman|2018-06-11T11:43:24-07:00December 2nd, 2015|Categories: Arts & Culture|Tags: Art, Book Talk, Education, Holocaust, Literature|0 Comments