The Yiddish Poet Avrom Sutzkever, Creator of a Golden Chain 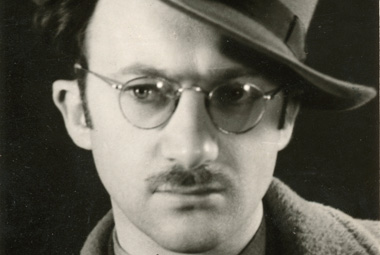 July 15th, 2013, marked the 100th anniversary of Avrom (Abraham) Sutzkever’s birth. His centrality for 20th-century Yiddish literature and Jewish culture cannot be overstated. Throughout the twists and turns of Sutzkever’s biography, he remained committed to publishing Yiddish poetry and bore witness to the atrocities of history when the occasion called for it. Born near Vilna, Lithuania in 1913, he was part of the Yung-Vilne cultural movement and published his first book of poems in 1937. Sutzkever spent part of the war in the Vilna Ghetto, smuggling weapons into the ghetto and smuggling weapons out of it. He immigrated to Palestine with his family in 1947. In the new state of Israel, he continued to be a force for Yiddish culture, primarily through founding and editing the literary journal Di Goldene Keyt (The Golden Chain). Sutzkever died in 2010, having seen nearly a century pass before his eyes. As he told a reporter after the war, “If I didn’t write, I wouldn’t live.”

Want to see more articles like this?  Sign up for our newsletter!
⇒ Learn more about the Stroum Center for Jewish Studies at the University of Washington, our Sephardic Studies Program, or our Israel Studies Program.
Note: The opinions expressed by faculty and students in our publications reflect the views of the individual writer only and not those of the Stroum Center for Jewish Studies.
By Hannah Pressman|2018-09-06T10:59:23-07:00July 15th, 2013|Categories: Arts & Culture|Tags: Holocaust, Israel, Poetry, Yiddish|0 Comments