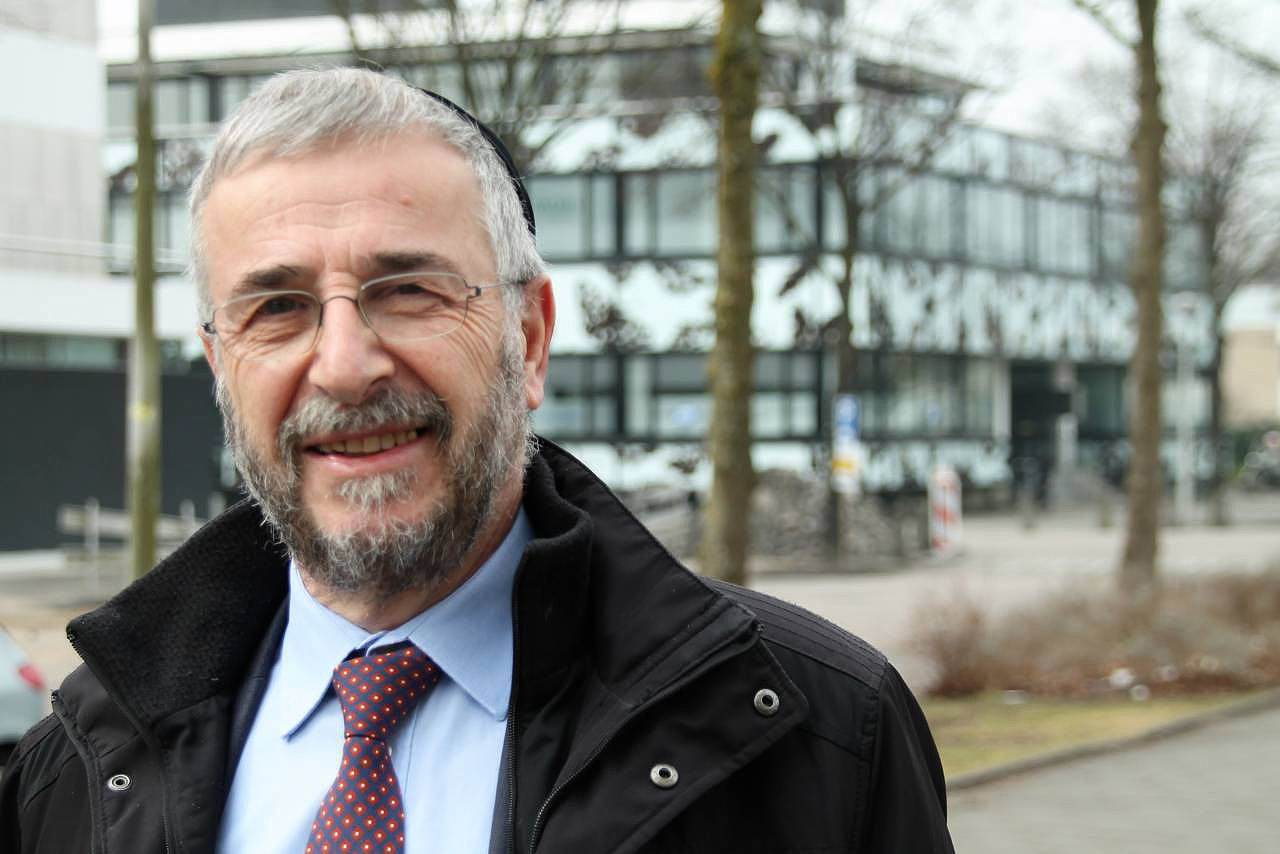 This past summer, together with UW Athletics, my colleague Dr. Amy Peloff and I led a group of students to Amsterdam as part of the Comparative History of Ideas “Tolerance, Identity, and Difference” study abroad program. We examined how “tolerance,” while seemingly a positive value, actually serves to uphold unequal relations of power that privilege the white majority population in the Netherlands.

Our program focuses primarily on how tolerance facilitates discrimination against Dutch Muslims and Black people in contemporary society, though this dynamic is also visible in Dutch-Jewish history: tolerance does not guarantee inclusion, and it can always be suspended or revoked by the majority. Confronting anti-Semitism effectively requires understanding its mechanisms in the larger context and structures of white supremacy, not advocating for mere tolerance.

One of our program’s guest speakers was Lody van de Kamp, an Orthodox rabbi, interfaith leader, and writer who works to strengthen Jewish connections to other minority communities in the Netherlands. Born in 1948, he is part of the generation that emerged from the decimation of Dutch Jewry in the Holocaust. His father was imprisoned for two years in Auschwitz, while his mother survived in the Netherlands in hiding.

After serving as a rabbi in various Dutch cities for two decades, van de Kamp entered Amsterdam municipal politics in 1995 as a member of the centrist Christian Democratic Appeal (CDA) party, with which he felt the closest affinity, due to its religious foundations.

Van de Kamp is hardly a political radical. Yet the lessons he draws from Judaism and Dutch Jewish history have led him to take stances that increasingly put him at odds with mainstream Dutch politics.

For one, he has criticized the tradition of Zwarte Piet or “Black Pete,” the Sinterklaas holiday character who is depicted using the racist practice of blackface, which the majority of white Dutch people continue to defend as “innocent.” For van de Kamp, the involvement of Dutch Jews in the transatlantic slave trade entails an obligation to recognize that history and its contemporary afterlives in Dutch society. 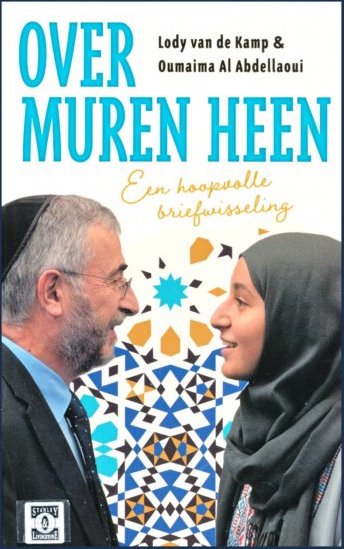 This sense of social mission also motivates van de Kamp’s vocal support for Dutch Muslim communities in the face of xenophobic discrimination and political demonization. He ultimately left the CDA in 2017 after its leader, Sybrand Buma, invoked “Judeo-Christian society” in a speech, which van de Kamp interprets as deliberately exclusionary toward Muslims. He is particularly sensitive to politicians’ claims to be defending Dutch Jews by attacking Dutch Muslims.

In a recent column for the website “NieuwWij” [“The new we”], van de Kamp writes about a demonstration in The Hague that reflected this dynamic. Following a similar event held in Berlin in June, non-Jews were invited by a Dutch-Jewish organization to “wear the kippah for a day” in response to reports of rising anti-Semitism.

This effort was seen as trivializing a serious issue by some German-Jewish critics — and by van de Kamp. More importantly, in van de Kamp’s view, the demonstration provided a public platform for anti-Muslim politicians to lay the blame for anti-Semitism solely at the feet of Dutch Muslims: “They misused the opportunity, in their characteristic and discriminatory way, to point their accusatory, ultra-right-wing finger at refugees and Muslim communities [in the Netherlands]” (my translation).

Rabbi van de Kamp’s view is an important counterpoint to the narrative that Muslims pose an inherent threat to the safety of Jews in Europe. This is not to deny that harassment and violence of Jews by Muslims does occur, including lethal attacks in France and elsewhere. Yet statistics show that, as in the U.S., most anti-Semitic crimes in Europe are perpetrated by right-wing extremists. 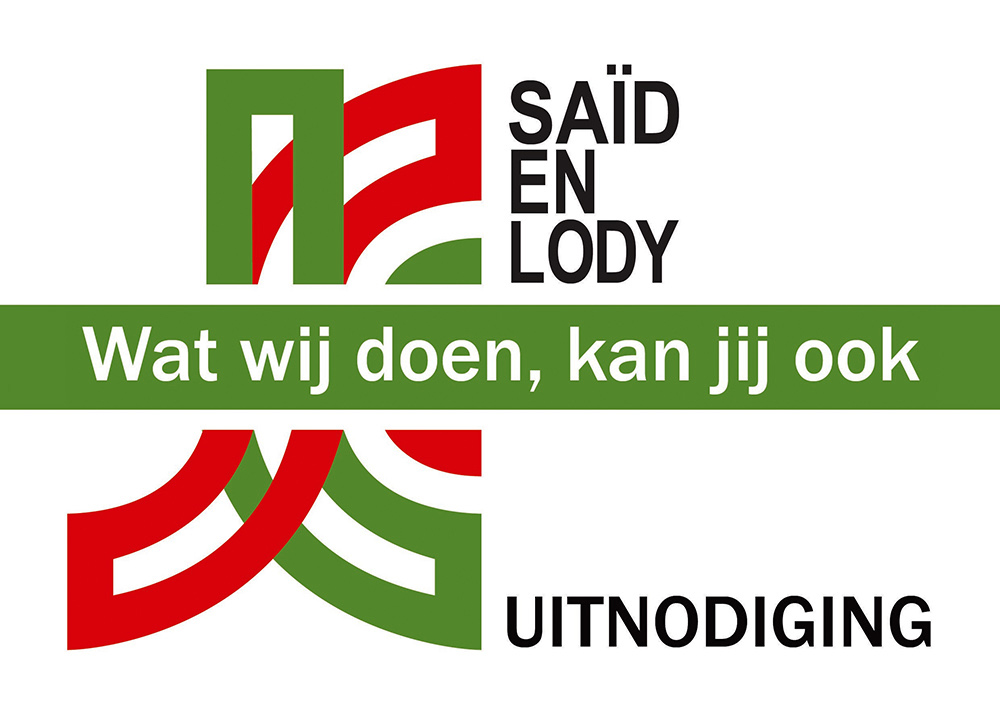 Saïd and Lody: “What we do, you can do.” Lody van de Kamp works as a facilitator with the Moroccan-Dutch youth advocate Saïd Bensellam.

And even in the face of explicit anti-Semitic behavior, van de Kamp sees the opportunity to educate the public about the dangers of anti-Semitism, especially youth. At the systemic level, effectively fighting anti-Semitism means addressing the larger socio-political contexts of marginalization, especially the well-documented discrimination faced by Dutch Muslims and people of color. Politicians who “punch down” by stoking fears about other minority communities actually make Dutch Jews less safe, not safer.

Admittedly, van de Kamp’s views may not be representative, and his outspoken opinions have not always endeared him to fellow Dutch Jews. As he told our students, however: “God gave me two eyes to see with, two ears to hear with, and two shoulders to shrug with.” This is not a statement of indifference, but rather of an ethical commitment to going beyond one’s own community, in spite of such criticism, and working in solidarity with others against the divide-and-conquer tactics of white supremacy. In a 2018 interview with DutchNews.nl, van de Kamp said: “It starts with exclusion, and it ends with destruction. So I think th[at] Jewish people should be respectful enough to say that they will not let themselves be used for this purpose.”

This concern reflects direct and troubling ties between the Dutch and U.S. political contexts. One of the key anti-Muslim political figures in the Netherlands is Geert Wilders of the Party for Freedom (PVV), who has a close relationship with Rep. Steve King of Iowa. In 2017, King created a minor controversy — preceding more explicit comments in early 2019 praising “white nationalism” — when he championed Wilders on Twitter: “Wilders understands that culture and demographics are our destiny. We can’t restore our civilization with somebody else’s babies.” 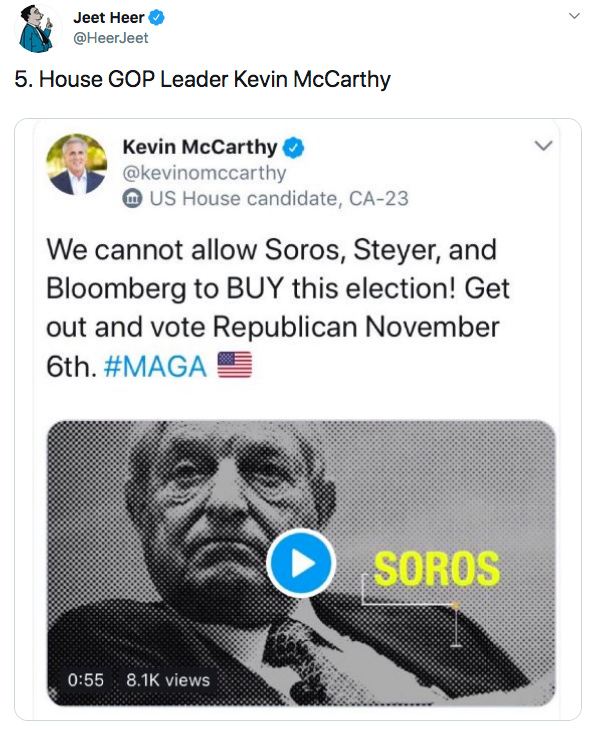 California Representative Kevin McCarthy (R-CA, 23rd District) claims in a later-deleted tweet that three Jewish donors to Democrats could “buy” the election. Excerpted from an analysis of modern anti-Semitic media by journalist Jeet Heer on Twitter.

Such thinking is central to the “great replacement theory” that has recently inspired racist terrorist attacks in the U.S. and abroad: the conspiracy theory that powerful, wealthy Jews, such as the financier George Soros, are funding migrants in order to undermine white-majority populations in the U.S. and Europe from within.

This anti-Semitic right-wing conspiracy theory, which continues to circulate actively among pundits and politicians in Europe and the U.S., is what motivated the shooter at the Pittsburgh Tree of Life synagogue on October 27, 2018. As several Stroum Center for Jewish Studies faculty astutely remarked shortly thereafter, despite taking place in a synagogue, the murders were based upon the same biological theory of racial struggle that animated the Nazis, rather than religious anti-Judaism, although the latter certainly undergirds those ideologies.

In this environment, it simply will not do to “lean in” against violent anti-Semitism as an inscrutable force emanating from all sides, rather than recognizing its specific entanglement with racism and white supremacy. As historian (and UW alumna) Dr. Kathleen Belew has shown, anti-Semitism is an integral component of the white power movement, both historically and today, linking the perpetrators of the massacres in Charleston, Pittsburgh, Christchurch, and El Paso.

There is, equally importantly, a more positive lesson to be learned from recognizing these interconnections. The literary scholar Dr. Michael Rothberg coined the term “multidirectional memory” to describe how the historical memory of the Holocaust has been used to understand other traumatic histories, such as European colonization and anti-Black racism in the U.S., in ways that generate new forms of solidarity against oppression, without reducing one specific history to another. (This is the organizing concept of my “Modern Thought in Dark Times” course).

Such political visions are being revitalized among U.S. Jews today, in relation to both immigrant and minority rights and to intra-Jewish white supremacy, including the marginalization of Black Jews.

As van de Kamp puts it, regarding the discrimination faced by Dutch Jews, “The same goes for other [Dutch] minority groups, such as Surinamese, gay [people], or Muslims. To me, there is no difference.” These groups’ histories and experiences are distinct (although individual identities sometimes overlap), but the kind of collaborative work being done by van de Kamp and colleagues from other communities is essential for fighting both anti-Semitism and other forms of racism.

Nicolaas P. Barr is a part-time lecturer and director of study abroad in the Department of Comparative History of Ideas and an affiliate faculty member in the Stroum Center for Jewish Studies. He received his Ph.D. in history from UC Berkeley. His translation of Tofik Dibi’s “Djinn” is in preparation for SUNY Press’s Queer Politics and Cultures series.