Are You a Foreigner? The Power of a Name

In early August 2016, I was strolling around a bookstore in Istanbul looking for something to read during my short visit. Earlier that summer, there had been an attempted coup in Turkey, and I was looking for something unrelated that summer’s events for a reprieve. Though I am a Turkish citizen I was not in Turkey that summer; during the time of the attempted coup, I was in Vermont polishing my Hebrew skills at the Middlebury College Language School with the generous support of a Stroum Center for Jewish Studies Opportunity Grant. Though physically far away, the coup had been very much on my mind: at Middlebury, I had to learn such phrases such as coup d’état in Hebrew in order to explain what was happening in Turkey to my curious fellow students. 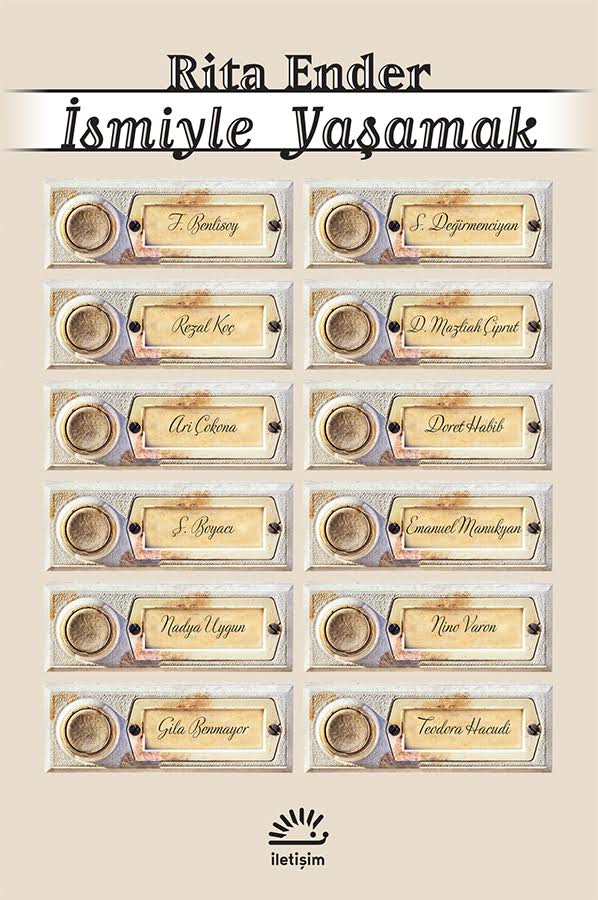 I turned toward the biography shelf at the bookstore and skimmed the titles of newly released books. Most of the books in the biography section related to Turkey were about the troubled agenda of Turkish politics, but one title caught my eye: Rita Ender’s İsmiyle Yaşamak (To Live on with One’s Name), a collection of 45 interviews with Turkish non-Muslims with Jewish, Armenian, Greek, and Assyrian backgrounds.

Ender begins each interview by asking about the meaning of the name of each interviewee. Through this captivating question, she demonstrates not only an interest in personal stories, but also how each interviewee experienced life in Turkey with a non-Muslim, non-Turkish sounding name.

Many of the interviewees spoke about the infamous 1930s campaign called “Vatandaş Türkçe Konuş!” (Citizen, Speak Turkish!), which promoted the nationalistic idea to speak Turkish at every public occasion in the early years of Turkish Republic. Before this movement, French- and British-schooled non-Muslim minorities rarely spoke Turkish (note: for an excellent book about this period, see Victor Eskenazi’s Thanks for the Buggy Ride – Memoirs of an Ottoman Jew). Notably, even those interviewees who were too young to have experienced the 1930s campaign were still impacted by it; many explained that this period affected their families’ choices in either giving them Turkish names or choosing more Western sounding ones.

Most of the Jewish interviewees indicated that they had not explicitly experienced harassment or discrimination about their names in public, but they did frequently encounter questions about their ethnic and religious identities. As a result, many indicated that for their own children, they chose less Jewish sounding names to mitigate against possible issues during Turkish compulsory military service.

I have two names: Suzan and Gila. Suzan sounds more Turkish and public officials prefer to call me by that name. But … one question really pisses me off: ‘Are you a foreigner?’ I hear this question from the people that I would never expect to hear (…) We [the Jewish community in Turkey] did not have a relationship with the outside, I mean, Anatolian cities, state bureaucracy. While I was becoming professional [in journalism], I started to interview with [ordinary] people, then I felt the heaviness of my name. You feel that because people shows that you are different from them. You feel this difference from people’s questions. (p.130)

If you have a non-Turkish name, you do not have a chance to look like Turkish. Having a Turkish name in Turkey has an advantage: the kid can choose his/her identity whenever or wherever s/he prefers. But if the kid has an obvious name [that connotes a particular ethnic or religious identity], s/he has no chance to hide that identity or flee from that heritage. (pp. 284-86)

Ender’s book raises the important message that while names may determine the way one engages with the world–for good or for bad–names represent our history, our feelings, our identity, and even our future. None of Ender’s subjects wanted to change their names; they recognized the significance of the name they were given and the context in which they received and use it.

Want to see more articles like this?  Sign up for our newsletter!
⇒ Learn more about the Stroum Center for Jewish Studies at the University of Washington, our Sephardic Studies Program, or our Israel Studies Program.
Note: The opinions expressed by faculty and students in our publications reflect the views of the individual writer only and not those of the Stroum Center for Jewish Studies.
By Berkay Gülen|2019-01-03T13:38:23-08:00February 21st, 2017|Categories: Global Judaism|Tags: Graduate Student Writing, Literature, Opportunity Grants, Student Writing, Turkey|0 Comments