Exclusion of Women in Israel-Significant Trend? 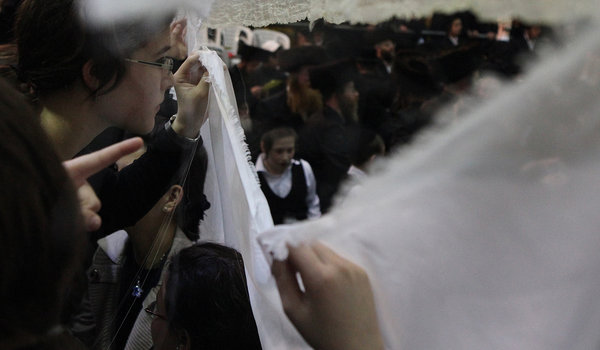 Sunday’s New York Times featured a story on the growing tensions in Israel around the role of women. Over the last few months there have been a series of attempts by ultra-orthodox Israelis to make ever clearer distinctions between men and women in the public sphere. For example, an Israeli doctor was not allowed to accept an award from the Health Ministry for a book she published, an 8 year old girl was spit upon for not dressing modestly enough, and there are ongoing efforts to segregate buses that carry ultra-Orthodox passengers.

Are these high profile incidents part of a broader trend, or just disconnected incidents?

They could easily be dismissed. After all, they are still relatively insignificant examples in a country that historically has championed gender equality and continues to protect the rights of women in court cases.  Indeed, Israel’s courts have a very low tolerance for gender segregation or separate but equal rhetoric.  For instance, the high court  ruled that women must be eligible to serve as fighter pilots in the airforce.

On the other hand, these public displays of exclusion demonstrate that there are powerful political forces that have a different vision of Judaism, and its role in the State. They also must be understood in the larger context of political and religious efforts to curb the authority of the supreme court.

What do you think about the growing tension in Israel around the role of women?

How should American Jews respond to these developments? Stay tuned for my next blog entry.
Want to see more articles like this?  Sign up for our newsletter!
⇒ Learn more about the Stroum Center for Jewish Studies at the University of Washington, our Sephardic Studies Program, or our Israel Studies Program.
Note: The opinions expressed by faculty and students in our publications reflect the views of the individual writer only and not those of the Stroum Center for Jewish Studies.
By Noam Pianko|2017-09-04T22:43:03-07:00January 18th, 2012|Categories: Israel & Hebrew Studies|0 Comments