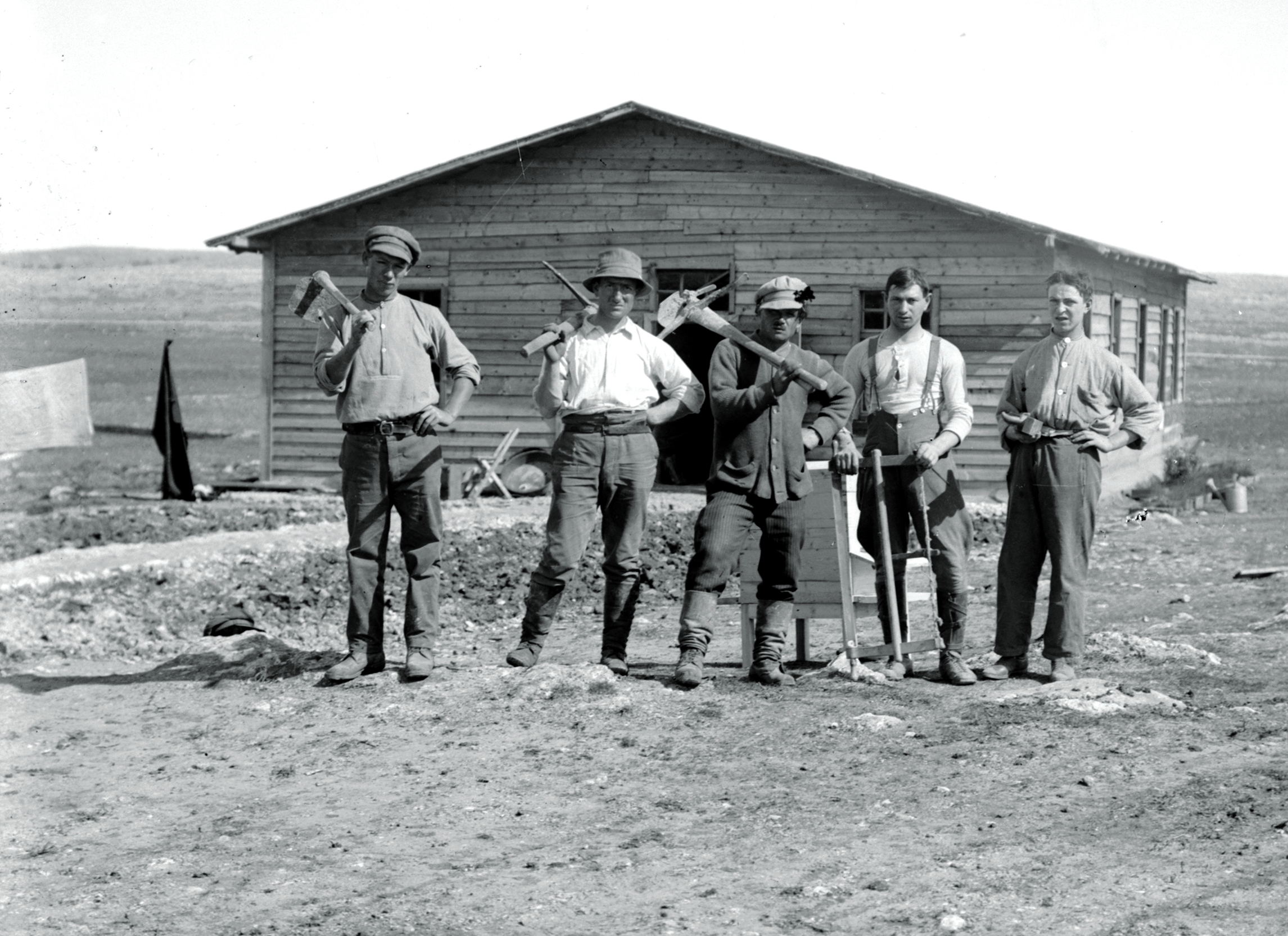 Jewish settlers circa 1920 – commonly known as “HaYishuv” – take a break from building their kibbutz to pose with various construction tools. From the Library of Congress’s Prints & Photographs division.

There is nothing new in the assertion that Zionism is a form of colonialism. More recently, some academic analysts have settled on the definition of Israel as a “settler colonial” state.

Let’s begin with the recognition that such debates are essentially semantic. We need to begin with a definition of settler colonialism, and then determine whether Israel fits the definition. It is similar to the endless debate over whether Israel is a democracy, to which I’ve contributed. Give me your definition of democracy, and I’ll try to apply it to Israel. I only ask that the definition be operational – vague standards don’t help – and that it be applied equally and comparatively to all states.

In that regard, all of the broad comparative ratings of states by political scientists have ranked Israel as a democracy – sometimes a flawed democracy, but more democratic than not. And some of the definitions applied to Israel, in isolation, would disqualify the United States as a democracy if they were applied across the board.

Back to settler colonialism: the early Zionist settlers of the first and second aliyot (1881-1914) did refer to themselves as colonists, a word that did not then carry much of the negative weight that it does today. They were establishing new settlements as part of an organized movement to establish a new national home for the Jewish people in Palestine, something that had not existed since antiquity (despite a continuously existing Jewish population).

It is fair to characterize this settlement as colonization, in the broad sense of establishing settlements in a previously foreign territory. But does it qualify as “settler colonialism”?

Definitions of “colonialism,” as a general concept, usually revolve around the control of one people over another, for economic gain or to impose their culture or religion on the colonized people. There are two important elements to this relationship. The first is the métropole, the mother country of which the colonists are the agents, a sponsor whose economic, cultural, or religious interests are being advanced by the implantation of their own people on foreign soil. The second is the subject population, which is in some respect related to the basic motivation of the colonization.

Prevailing definitions of “settler colonialism” add to this the further implication of an intention to replace, or even eliminate, the indigenous people and/or culture. This goes well beyond the usual motives of domination or exploitation.

Zionism does not fit this model. There was no métropole, no mother country of which the settlers were an extension. Jews who came to Palestine, first from Russia and later from elsewhere, generally fit the accepted definition of refugees who were escaping persecution (at least 80 percent of them by my calculation). In no sense (despite Turkish suspicions) did they represent Russian interests. They sought rather to leave their proverbial Diaspora baggage behind and build a new society based on ancient Middle Eastern roots, including a revived Semitic language.

Secondly, unlike the classical colonialist powers (such as France or Great Britain), Jewish settlers did not include the existing population in their basic design, except as incidental beneficiaries. The presence of another people was first and foremost a major inconvenience, which the early Zionists tried their best to ignore and minimalize, not to dominate or reshape. They did not recognize the Arab population of Palestine as another people with their own collective claims, arguing that as individuals Arabs would benefit from the progress that Jewish settlement would bring. 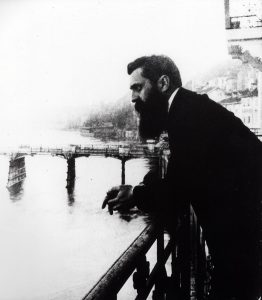 Theodore Herzl looking out over the Rhine at the Fifth Zionist Congress in Basel, Switzerland. Via the National Photo Collection of Israel, taken by Ephraim Moses Lilien in 1901.

There were occasional voices for “transfer” of Arabs from areas of Jewish settlement, but they were isolated. Far more typical was the response of Theodore Herzl (1960-1904), Zionism’s founding father, who in his famous letter to Arab notable Yusuf Zia al-Khalidi wrote “Who would think of sending [Palestinian Arabs] away? It is their well-being, their individual wealth that we would increase in bringing our own.”

In any event, if displacement of the Arab population was somehow a concealed element of Zionism, it clearly has been an abject failure. This population today, within the borders of Mandatory Palestine, has increased roughly tenfold since the days of the first aliyah.

Finally, Jewish “colonists” were not entering a terra incognita to which they had no historical connection. Whatever weight one assigns to ancient ties, they were seeking to restore to this space the same language, religion, culture, and ethnicity that had prevailed there 2000 to 3000 years earlier.

None of this is said to excuse the indifference of early (or contemporary) Zionists to the existence of another people, with their own valid historical ties, in the same territory. Nor does it justify injustices inflicted on Palestinians in the past or the present.

But this was not “settler colonialism” as usually defined. Better examples can be found in all the countries of the Western hemisphere, Australia, New Zealand, much of Oceania, and historically in Africa and Asia. Or in China’s rule in Sinkiang and Tibet. If there is to be a debate on settler colonialism, let’s expand the sample size. 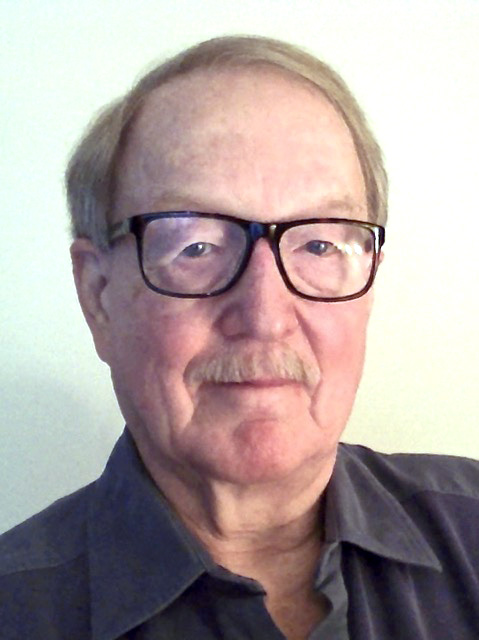 Alan Dowty is Professor Emeritus of Political Science at the University of Notre Dame and a Visiting Scholar at the Stroum Center for Jewish Studies. From 1963-1975, he was on the faculty of the Hebrew University in Jerusalem, during which time he served as Executive Director of the Leonard Davis Institute for International Relations and Chair of the Department of International Relations. From 2003-2006, he was the first holder of the Kahanoff Chair in Israeli Studies at the University of Calgary, and from 2005-2007 he was President of the Association for Israel Studies.
Among his publications are basic texts on Israeli society and politics (“The Jewish State: A Century Later“), on the history of Israel (Israel, 2021) and on the Arab-Israel conflict (“Israel/Palestine,” 5th edition, 2023), as well as over 130 scholarly and popular articles. In 2017 he was awarded the Lifetime Achievement Award in Israel Studies by the Israel Institute and the Association for Israel Studies.