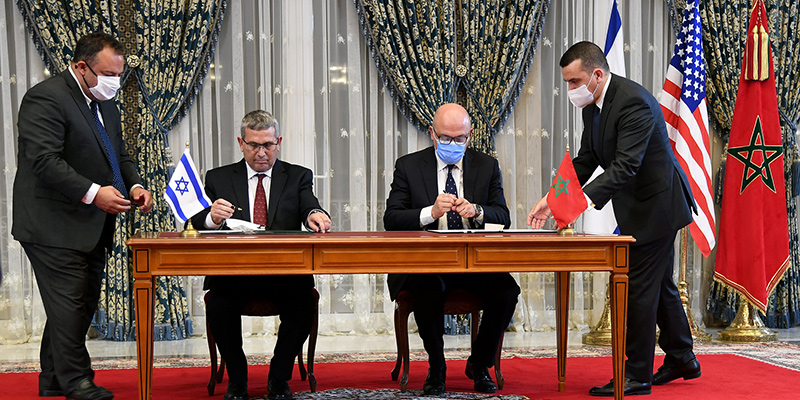 Representatives of Israel and Morocco sign a normalization agreement at the Royal Palace in the Moroccan capital Rabat on December 22, 2020.

“Israel is coming back to Africa; Africa is coming back to Israel” were the powerful words of Israeli prime minister Benjamin Netanyahu in his address to the 2017 summit of ECOWAS, the Economic Community of West African States.

Now that a new government is in power (as of June 2021), will Israel’s diplomatic successes in Africa continue?

Since the founding of the State of Israel in 1948, Israel’s interest in Africa has largely been political rather than economic. Economic support and technological innovation have largely defined Africa’s relations with Israel, though some African countries have also sought political support from Israel.

In its early years, Israel’s main political goal was to receive diplomatic recognition as a young country. Now its motive has shifted towards cultivating allies that will continue to support it in international fora. In return for their support, Israel offers an array of technical assistance to ally countries, from mechanized agriculture to support in combating terrorism on the continent. 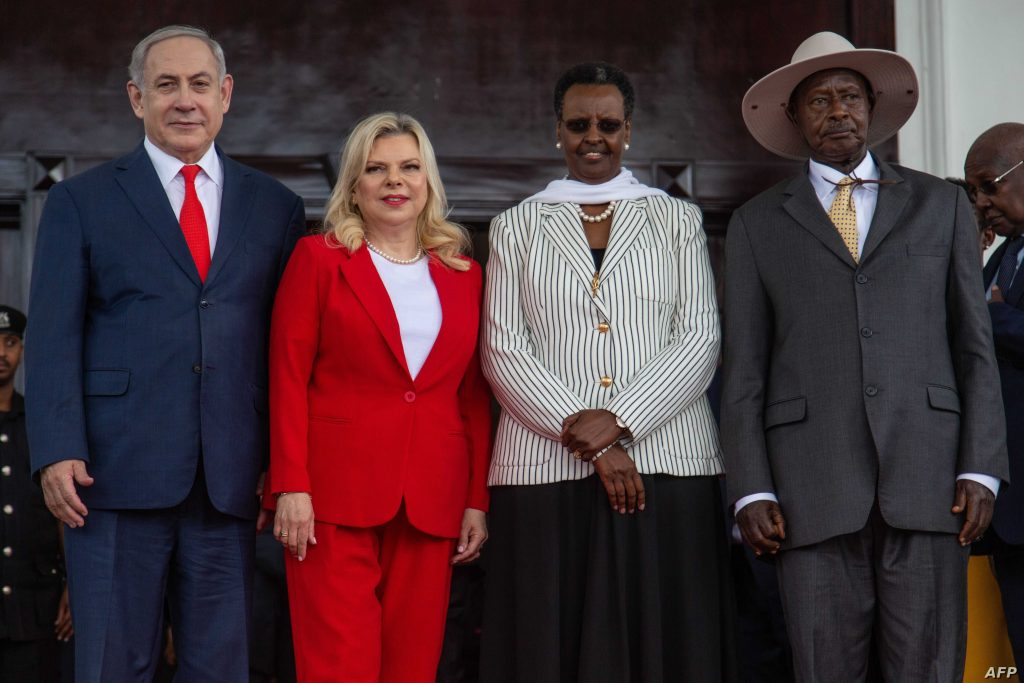 Netanyahu visited Africa and worked to (re)establish relations with African countries more than any other Israeli prime minister since the Six-Day War in 1967 and the Yom Kippur War in 1973, leading to significant economic and diplomatic gains for Africa and Israel respectively.

Netanyahu lobbied hard to regain observer status, and in 2021, the AU restored Israel’s status, though not without controversy.

Will Prime Minister Bennett continue to push Israel-Africa relations forward? Michael Koplow, policy director at the Israel Policy Forum, noted in 2021 that this seems likely, and that the new government is building on Netanyahu’s legacy while trying to rectify its missteps.

Three months after taking office under a new governing coalition in 2021, prime minister Naftali Bennett made his first visit to Egypt and described the meeting as “very important and good.” He further noted that the meeting was the beginning of strong future ties and an indication of good neighborly policies, and the continuation of Netanyahu’s legacy of building alliances. The choice of Egypt as the first African country to visit was important, because it is a major player in the AU and in the Arab world. 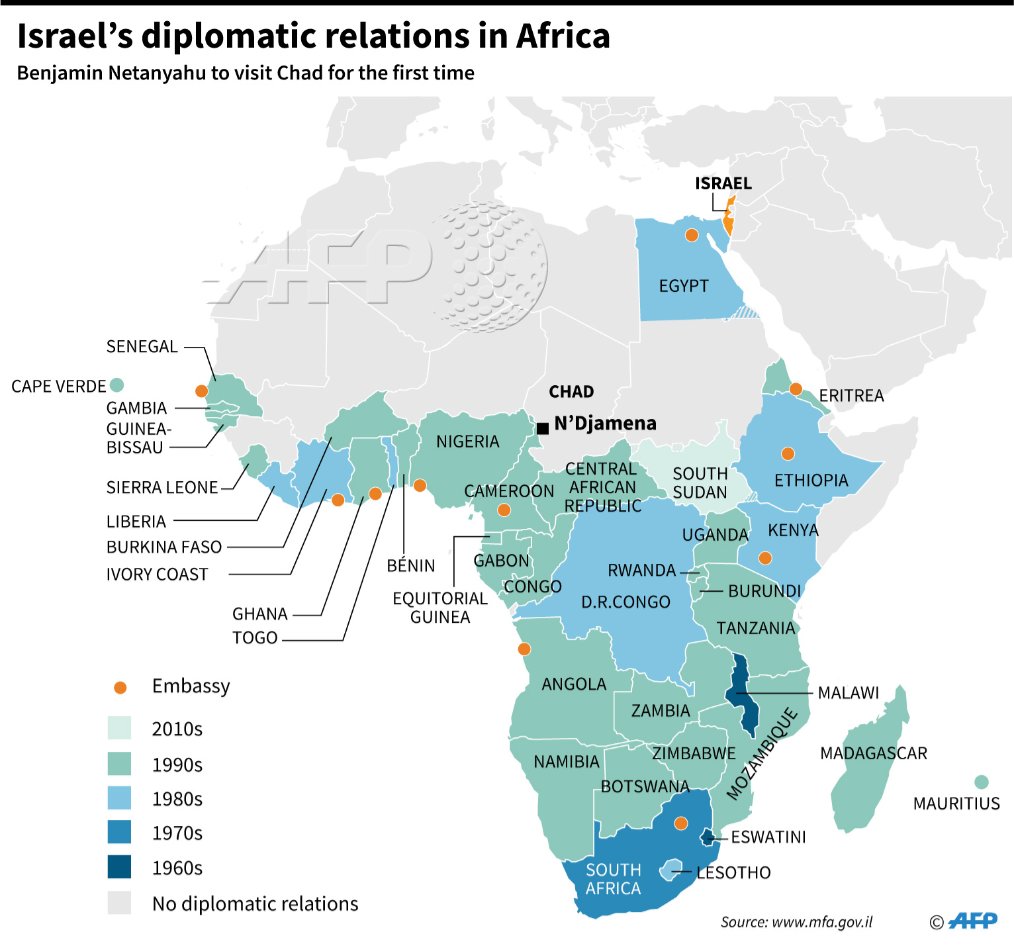 Map of Israel’s diplomatic relations in Africa, as of January 2019. Via AFP, shared prior to Prime Minister Benjamin Netanyahu’s visit to Chad in January, 2019.

While the new coalition has yet to reveal a clear policy for Africa, one of the first Netanyahu-era policies that the former’s administration has taken up is the normalization of relations between Israel and Morocco, with the Israeli ambassador, David Govrin, arriving in Rabat, Morocco’s capital, in January 2021. High-profile politicians, including Defense Minister Benny Gantz and Economy and Industry Minister Orna Barbivai, have since visited the Kingdom of Morocco to cement the normalization of relations and to boost trade and defense deals.

In 2020, US President Trump helped to broker the Abraham Accords between Israel and the United Arab Emirates and Bahrain, and later enabled Israel to reestablish relations with Morocco and Sudan, both Arab countries. The United States recognized Morocco’s sovereignty over the Western Sahara in exchange for the former’s rapprochement with Israel, while Sudan established relations with Israel shortly after being removed from the US list of state sponsors of terrorism.

While Israel might continue to (re)establish relations with many countries, including African states, Koplow observed that Naftali Bennett’s lack of relationships in Washington could make foreign policy more challenging. But one of the lessons the new coalition can learn from Netanyahu is the importance of frequent visits to African capitals to woo allies and soothe foes. Continuing this approach would not only bolster existing partnerships, but would create new opportunities for collaborations, especially in the areas of technology transfer and counterterrorism. 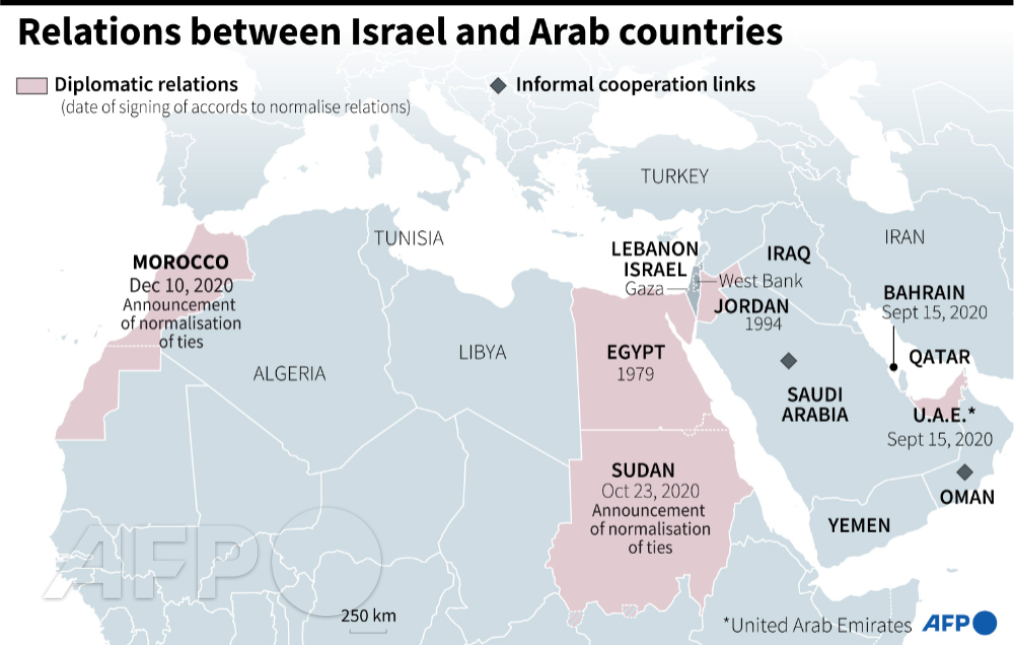 Followup map showing countries that normalized relations with Israel in 2020, via AFP.

On March 28, 2022, Israel hosted the first US-Arab meeting of foreign ministers, including ministers from Egypt and Morocco, in a step to strengthen the Abraham Accord. This is significant because both Egypt and Morocco are Arab League and AU members and could reduce anti-Israel perceptions on the continent.

Yet even as strides are being made to warm relations with Arab nations on the continent, not much is being done in sub-Saharan Africa. In fact, the new administration faltered in its relations with Africa when, in the wake of the Omicron variant of the COVID-19 in late 2021, Israel became one of the first countries to ban travel to most African countries. The ban received criticism from some Israeli policymakers and scholars. Professor Lynn Schler warned that the ban was a “dangerous precedent for maintaining relations based on mutual respect.”

Overall, the outlook for the new Israeli government’s foreign policy in Africa seems positive. Among the many African leaders who congratulated Naftali Bennett on his victory was King Mohammed VI of Morocco. This is an interesting turn, since Morocco and Israel only reestablished relations in 2020. However, Morocco’s Prime Minister, Saad Dine El Otmani, continues to support Palestinian nationalist organization Hamas. Israel’s new government will need to have an all-out Africa policy to continue to win more allies on the continent while maintaining strong relations with the existing ones.

As a technology entrepreneur, perhaps Naftali Bennett can leverage Israel’s cutting-edge technological innovations to build strong partnerships in Africa. The continent needs a technological revolution for its development and will support policies that will enable its industrialization.

By strengthening economic and other forms of diplomacy in Africa, Israel can encourage the African majority’s support, both internationally and within African institutions.