Shirin Lotfi is a Global Citizen with a Bright Future 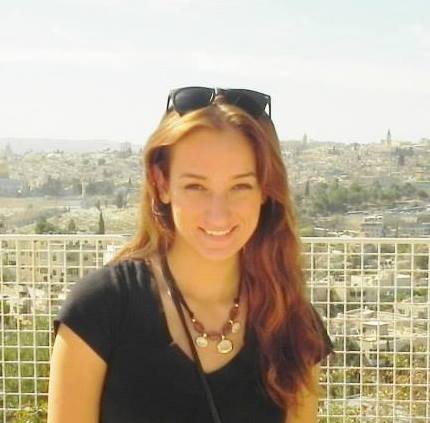 “Energy affects everything we do,” declares UW senior Shirin Lotfi.

Lotfi, a leader on the Jewish Studies Student Committee (JSSC), certainly possesses an extra level of energy when it comes to her research on Middle Eastern security. Thanks to the training provided by her Jewish Studies and Jackson School coursework, she is preparing for a career as a global citizen. Lotfi believes that her research has a potential impact far beyond the classroom walls, and that current circumstances in the Middle East make energy an increasingly crucial issue.

Fluent in Farsi and English (and well-versed in Arabic and Urdu), Lotfi began studying Hebrew early in her academic career at the UW. She says, “I think Hebrew is a really important language. I wanted to learn Hebrew to be able to communicate and understand what’s going on in the Jewish community and in Middle Eastern affairs.” Her Hebrew classes led to other explorations in Jewish Studies with Naomi Sokoloff and Joel Migdal, who is now her advisor and mentor.

Drawn to the social and political complexities of the Middle East, Lotfi decided to major in Political Science and International Security with a minor in Middle East Studies. Her research focus became regional energy security, and within that field, Jordan’s emerging nuclear development program—a topic of growing importance for the international community, as Lotfi hopes to show.

In the grips of an energy crisis, Jordan currently imports over 95% of the electricity it requires, according to the World Nuclear Association. In response, the Jordanian government has presented nuclear power as a positive path to reaching energy independence—Jordan is rich in uranium deposits—and lowering its soaring electricity prices.

Following these developments as well as the growing protest movement—critics cite the cost, environmental concerns, and impact on locals near the proposed reactor sites—Lotfi realized that spending time in the region would be essential to answering her growing list of questions about Jordan’s energy crisis. She explains, “With this particular topic, I have to be there on the ground. I have to study the history and demographics; I have to interview academics and NGOs (non-governmental organizations); I have to understand how energy policies actually affect Jordanian society.”

Thus, in the fall of 2013, Lotfi went to Jordan on a trip supported in part by a Jewish Studies Travel Grant, a funding program provided by the Stroum Center’s community supporters. This was one of eight grants she has already earned to support her work, recognition of her potential to contribute a game-changing analysis of energy policy in the Middle East.

Lotfi’s quarter abroad proved pivotal to deepening her understanding of the complex issues involved with Jordan’s nuclear development. While staying in Amman, she interned at the Center for Strategic Studies (CSS) and wrote a paper for Prof. Migdal, “The American Perspective on the Jordanian Nuclear Power Program,” in which she analyzed the issue’s foreign policy angle. She also attended a gathering of Bedouin leaders at the Bani Sakher Tribe’s Anti-Nuclear Conference, accompanying a group that included the head of the government opposition to nuclear power. 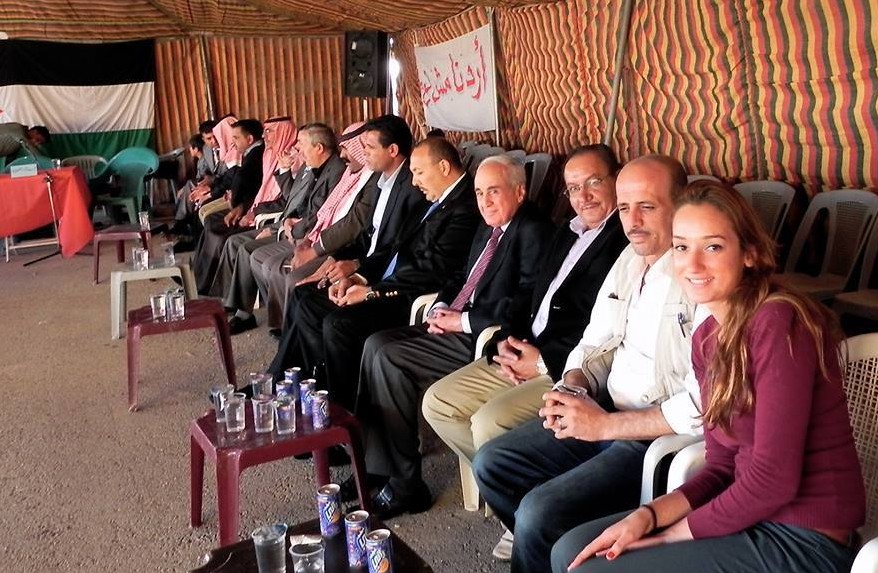 Shirin Lotfi attended an anti-nukeconference with the Bani Sakhr Tribe during her time abroad in Jordan.

Lotfi is determined to understand all the possible sides of the issue, which has ramifications for stability in the entire region. “I’m trying to find out the motivations behind the Jordanian government, how the people feel and why they feel that way, what is Israel’s take on it.” The current influx of refugees caused by the Syrian conflict has created new demands on Jordan’s resources; and Jordan’s border with Israel gives it huge ongoing strategic importance for the United States, which has a vested interest in Jordanian stability.

Her goal is to bring the international community’s attention to Jordan’s nuclear program and the potential regional conflicts that could result. Ultimately, she says, “I plan to pursue a career as a diplomat in the Middle Eastern region. This area has given me so much that I want to give back.”

Prof. Migdal, who supervised the academic component of Lotfi’s internship in Jordan last fall, is impressed with Lotfi’s drive and determination. He calls her “a real go-getter” and says, “Shirin Lotfi would be a delight for any professor to teach. She takes what we give her in the classroom and complements it with work in important international organizations.” She presented her findings at the UW’s Spring 2014 Undergraduate Research Symposium and also wrote a blog post, “Radioactive Politics in Jordan,” for jewishstudies.washington.edu; eventually, she hopes to publish an academic article on this topic.

Involvement on campus and future plans

Despite her passion for places further afield, Lotfi is also extremely involved in local initiatives on campus. The UW is one of fourteen academic institutions nationally to have a campus group affiliated with the Institute of Nuclear Material Management, and she is a participant. Through the Mortar Board Honor Society, Lotfi is Student Chair of the Excellence in Teaching Award, and she also is part of the Jackson School Peer Review for its quarterly journal.

As the community relations chair for the JSSC, Lotfi helps to organize dinner gatherings for Jewish Studies professors and students, creates social media advertising, and assists with course recruitment. She exclaims, “We have such amazing faculty – I wish I could take even more Jewish Studies classes!” Lotfi is also involved with Hillel UW and went on a birthright Israel trip last year through JConnect. She returned to Israel this summer on a FLAS (Foreign Language and Area Studies) fellowship, with the goal of deepening her understanding of Israel’s position on nuclear power.

What’s next for this dedicated student of energy policy? Lotfi is set to graduate in March and plans to apply for a Fulbright Scholarship to continue her research on Middle Eastern energy security. On the horizon, she foresees graduate training that will help her learn how to implement political theories on the ground. One possibility would be a law degree focused on energy policy and security.

Lotfi’s roots abroad have clearly influenced her diplomatic aspirations, as she notes: “My interest in energy security grew directly from growing up in Tehran, Iran. Many of the current conflicts in the Middle East are not just about religion or ideologies, but rather about scarcity of resources. My goal is to change the way U.S. policy makers view the Middle East, and to prepare myself to be in a position in the near future wherein I could help decrease regional tensions.”

Lotfi takes added inspiration from a mentor who told her, early on in her research, “You’re going to be the world expert on Jordan’s nuclear program.” Her UW training with world-class faculty, combined with the support she has received for her studies abroad, have helped her develop from a learner to an activist, someone who is committed to understanding both the top-down and grassroots sides of every issue. With her passion for service and making a difference, this global citizen faces a future that is bright with possibility.

Want to see more articles like this?  Sign up for our newsletter!
⇒ Learn more about the Stroum Center for Jewish Studies at the University of Washington, our Sephardic Studies Program, or our Israel Studies Program.
Note: The opinions expressed by faculty and students in our publications reflect the views of the individual writer only and not those of the Stroum Center for Jewish Studies.
By Hannah Pressman|2017-09-04T22:42:01-07:00January 1st, 2015|Categories: Israel & Hebrew Studies, News, Personal History|Tags: Hebrew, Middle East|0 Comments