In Search of Spinoza 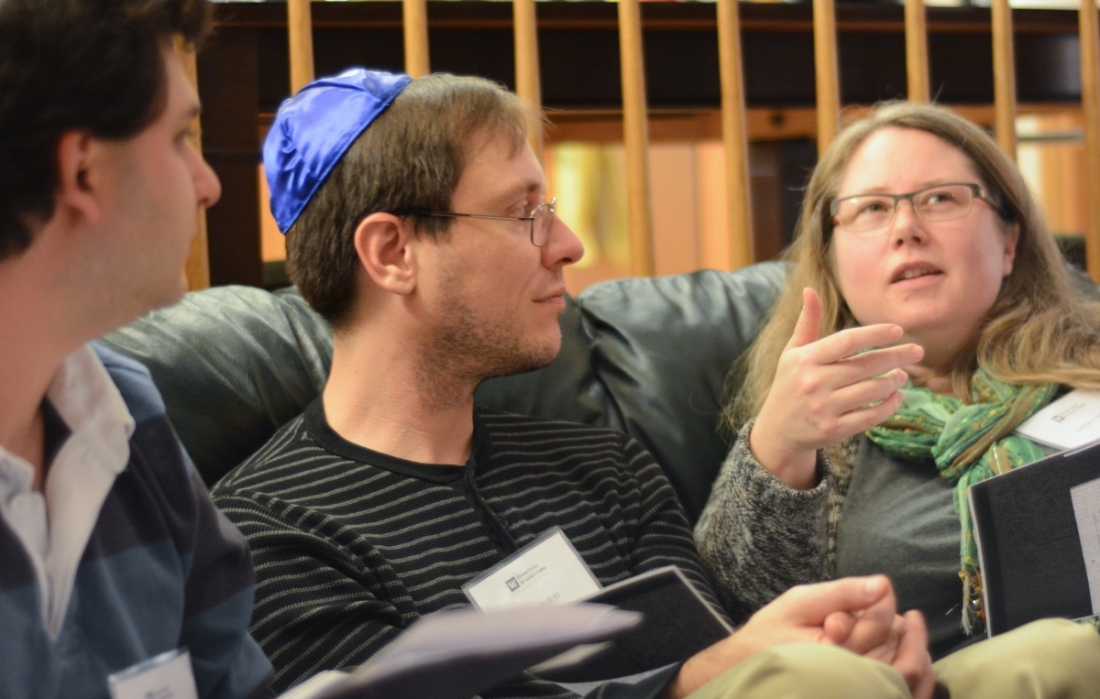 On the way to one of the Stroum Center’s Community Learning Fellowship sessions this past March, a live Cream version of the 1931 Skip James song “I’m So Glad” was playing in the background. The song expressed a buoyant joy that was fitting for the occasion. I would soon be discussing the 1656 excommunication of Baruch Spinoza with UW Professor Michael Rosenthal and a number of other members of the Seattle Jewish community. Not to everyone’s taste, but right up my alley. Guitars and drums rumbled forth, providing a taste of the discussion to come.

In some respects, Spinoza was a rock star. He raised fundamental critiques to the Jewish establishment of his time. Spinoza believed that God was within nature, not a separate Being with an independent will. He relied on reason and was suspicious of revelation. Spinoza denied the existence of angels, the immortality of the soul, and God’s authorship of the Torah. Those views were in direct conflict with the laws and views of his community. (Click here to read Prof. Rosenthal’s blog post, Was Spinoza a Heretic or a Theologian?.) Amsterdam Jewish leaders eventually expelled him from the community when he refused to conform his beliefs to the community standard. They did so by issuing a herem (ban), which prohibited any Jew from having any contact with him.

The participants in the discussion expressed varying levels of disagreement with the decision to excommunicate Spinoza. They argued that a Jew remains a Jew unless he or she decides to adhere to another faith. There was a general discomfort with how Spinoza was treated by his community and a general comfort with a variety of opinions regarding theological questions. If Spinoza would have been sitting with us that evening, I seriously doubt that he would have been asked to leave. But then again, who knows what he might have said? Spinoza’s opinions may not be as threatening as they once were, but one’s opinions on certain subjects can still cause social if not actual ostracism.

I admire Spinoza’s intelligence, courage, and perseverance. However, that admiration is tempered by my aversion to his stridency. It is important to be a part of a community, and a person should at least question one’s path when it is in opposition to the community. I was left with the impression that Spinoza was excessively provocative and that he failed to give the views of his community the proper respect and consideration. Then again, he was only in his mid-twenties when the herem was issued. Given sufficient tolerance and time, Spinoza might have reconciled his views with those of the community. Sadly, excommunication made that impossible.

Perhaps the most poignant advice for dealing with those who have begun to stray is, “One should always have the left hand push away and the right draw closer” (Sota 47a). Spinoza’s community may not have done enough to draw him close.

Kevin Britt was a 2015 Community Learning Fellow at the UW Stroum Center for Jewish Studies. He is a Houston native who now lives in northeast Seattle with his brilliant wife Elisabeth, his rambunctious sons Joshua and Nathan, and his adorable cat Misty. Kevin is a member of Congregation Beth Shalom and loves a good shiur. He looks forward to leading a Talmud study group this summer.