Was Spinoza a heretic or a theologian? 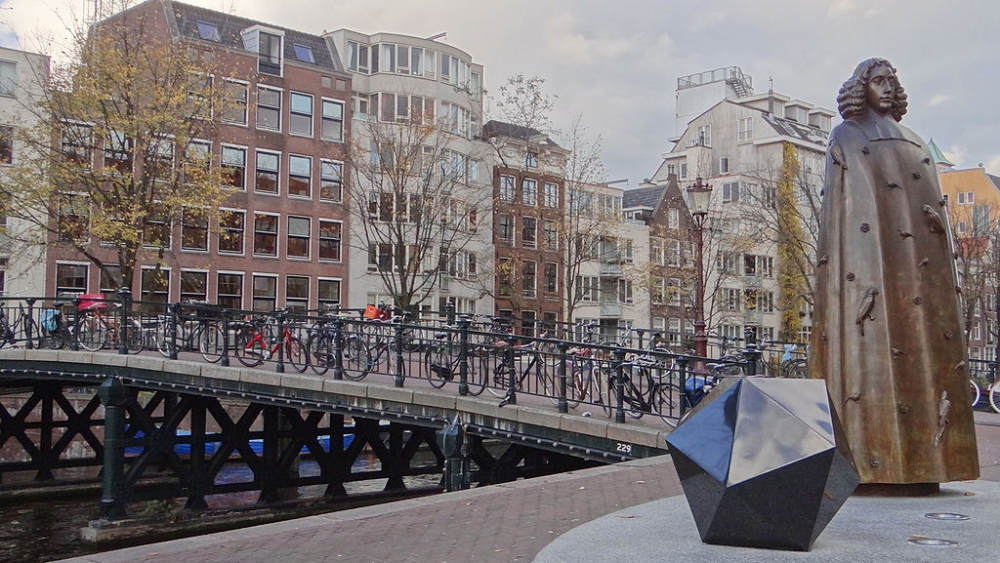 What does a Jew have to believe to be a Jew?

When I asked this question at a recent discussion in Seattle, I mostly received the response that you might expect in such a liberal city: as long as your beliefs don’t harm anyone you can believe whatever you want. However popular this answer may currently be, there have been many times in Jewish history where a person’s beliefs (or lack thereof) have had important consequences. I tried to illustrate this problem through a discussion of perhaps the most infamous heretic in the history of Jews, Baruch (later Benedict) Spinoza (1632-1677), who was expelled from the Sephardic synagogue in Amsterdam in 1656 due to his “evil opinions and acts.”

Spinoza was certainly not the first to occasion this kind of controversy. This question of whether there are beliefs that are essential to Judaism—what has been called the question of Jewish dogma—has a long and important history within Jewish thought and has had important implications for the Jewish community up to the present.

In the middle ages, Maimonides (1138-1204), the great rabbi, doctor, and philosopher, made an important contribution to this discussion in his Commentary on the Mishnah, in the introduction to the section on Sanhedrin (Perek Helek). He articulated what came to be known as the “Thirteen Principles,” which are the basic set of beliefs that a Jew must have if he is to enjoy a share in the world to come. Among these are the belief in the existence of an incorporeal God, the reality of prophecy and the preeminence of Mosaic prophecy, the idea that the Torah was given by God, the belief in a messianic era, and in the resurrection of the dead.

This creed was immediately attacked by other rabbis, most prominently perhaps by Hasdai Crescas, on the grounds that the Torah did not require any specific number of beliefs, rather that we perform all 613 commandments. Indeed, Crescas thought that the very attempt to distinguish between essential and non-essential beliefs would undermine the heavy imperative (it is not called a “yoke” for nothing) of obeying all the commandments.

We can find the contemporary legacy of this debate in the criticism made by some Orthodox Jews that the Reform movement is not really a form of Judaism at all, but closer to the medieval Karaites. The Karaites believed in a literal interpretation of the Bible and they did not accept the authority of the Rabbis, expressed in the Talmud, or Oral Law. In other words, Reform Jews, like the Karaites, by picking and choosing which commandments to believe and follow, are really no longer Jews at all.

Spinoza went much further than his predecessors. For him it was not just a matter of picking the essential beliefs but of redefining the very reasons that we believe them. To see what this means, in a recent session we looked at several key passages of Spinoza’s notorious work, the Theological-Political Treatise, which he published anonymously in 1670. Although the book appeared fourteen years after Spinoza was expelled from the synagogue, we can assume that it contained at least some of the ideas that got him into trouble in the first place. (He certainly had not learned his lesson. The Treatise angered pretty much everyone who read it, from the government, which banned and burned it, to fellow philosophers who excoriated its author for undermining religion.)

What are those ideas? Spinoza claims that God and Nature are one and the same. In other words, God is not transcendent or outside of nature in some sense, but immanent to the natural order expressed in its eternal law-like activity. It follows that God is not like human beings in any sense. He does not speak or communicate like a person would. So, if there is such a thing as revelation, in which the word of God is communicated to man, then it must be understood metaphorically, not as a literal event. The best way to know God—a path that is open to all human beings through their capacity to reason and observe—is to investigate nature itself.

It should not be surprising, then, that for Spinoza the supposed word of God, the Bible, is only an indirect way to know God; the vision of God found in the Bible is refracted through the human imagination and thus contains within it the various imperfections of its authors.

Moreover, Spinoza declares that if God is not above nature, he cannot be conceived as a being who directs nature to a specific end, in the way that a theater director would stage a play. God is not like a human being who takes interest in the actions of others and tries to help or hinder them as he sees fit. There is no divine providence in the traditional sense, in which a benevolent God guides human affairs according to a plan. Hence the sense in which the ancient Israelites were “chosen” for a purpose can only be metaphorical. The ancient Israelites were no wiser than anyone else and indeed were ignorant of the basic precepts of natural science. What they did excel in was moral and political organization. Oh, and did I forget to mention that Spinoza thought that Jesus was superior to Moses? Are you convinced that the Amsterdam synagogue was right to throw him out?

It certainly looks like Spinoza was trying to debunk religion and eliminate its baleful influence. Some important scholars, like the historian Jonathan Israel, have identified Spinoza as the central figure of the “radical Enlightenment,” whose goal was to create a secular society based on reason. But, as more than one of our Fellows pointed out during our discussion of the texts, Spinoza repeatedly distinguishes between “religion” and “superstition.” I think that the case can be made that it is only the latter that he really wants to eliminate. Because human beings are finite in their power, it would be an illusion to imagine that any one of us can live only according to reason. We are inevitably in the thrall of irrational passions that drive us toward the comforting visions of religion.

Ultimately, in Spinoza’s view, the goal should be more to reform religion rather than to eliminate it entirely. Despite his daring and provocative intellectual project, Spinoza remained cautious and skeptical toward any kind of revolutionary movement in society.

How does Spinoza distinguish religion and superstition? I think that the key here is to recognize that even if religion cannot be based on reason, it can be informed by it. There are several important examples of how this mechanism works in the Theological-Political Treatise itself.

In the remarkable opening paragraph of the Preface, Spinoza uses the tools of what we would now call psychology and sociology to explain how anxious people, caught in the vacillation between hope and fear, are vulnerable to the manipulations of soothsayers who claim to foretell the future based on signs and wonders. Later Spinoza adopts the techniques scholars had used to challenge the alleged authorship of classical texts to examine the Bible. He was among the first to claim that the Bible was not simply handed down to Moses from above, but had been written by a variety of people at different times and that the texts had been compiled by editors to create the whole. This is what later became known as source or higher Biblical criticism and is still a heresy to many literal-minded religious believers. The idea is that the authority of the text is better established, not by shielding it from criticism, but rather by engaging with historical and rational analysis.

Likewise, Spinoza thinks that we can better understand the political dynamics of the Biblical text if we use new tools like psychology and social contract theory. Spinoza saw in Moses a brilliant example of political leadership informed by experience and practical reason. When the Bible is opened to sustained investigation the result is not necessarily to ridicule it, but to find new ways that it can inspire us, ways that do not require us to close our eyes and ears to the call of reason.

Spinoza emerges then as a key figure who makes possible the attitude revealed by the CLF group in their initial answer to my question about what beliefs a Jew should have. According to him, Judaism is distinguished from superstition when it is open to the many insights provided by the sciences that have thrived in the modern age. Judaism is an imaginative framework that has developed over millennia through its repeated encounters with the non-Jewish world. It is thus a valuable exercise to determine what beliefs are central to the practice of our faith and ask ourselves why that is so. It is this critical encounter that we find in the texts of great philosophers like Maimonides and Spinoza. Spinoza may have been kicked out of the synagogue, but his critique of its beliefs had an important role in shaping Judaism’s subsequent encounter with the modern world. 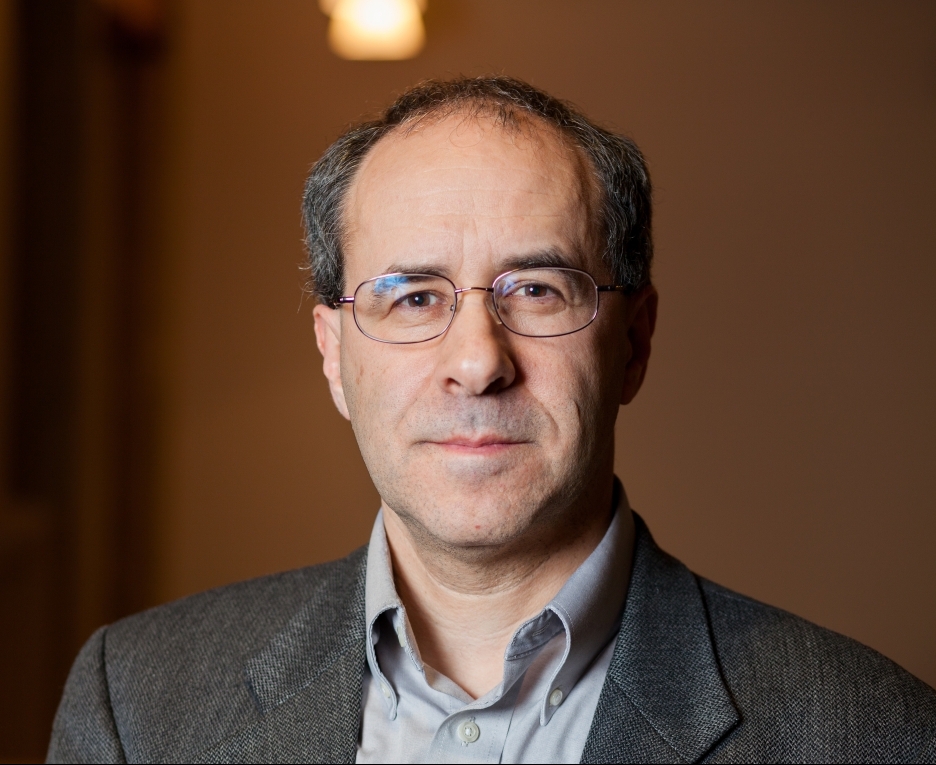 Michael A. Rosenthal is Professor and the Chair of the Department of Philosophy at the University of Washington. He received his Bachelor’s degree from Stanford University and both his Master’s and doctorate degrees in philosophy from the University of Chicago. Before arriving in Seattle, he taught at Grinnell College in Iowa. He teaches and publishes in the areas of early modern philosophy, ethics, political philosophy, and Jewish philosophy. His current research focuses on the philosophy of Benedict Spinoza.