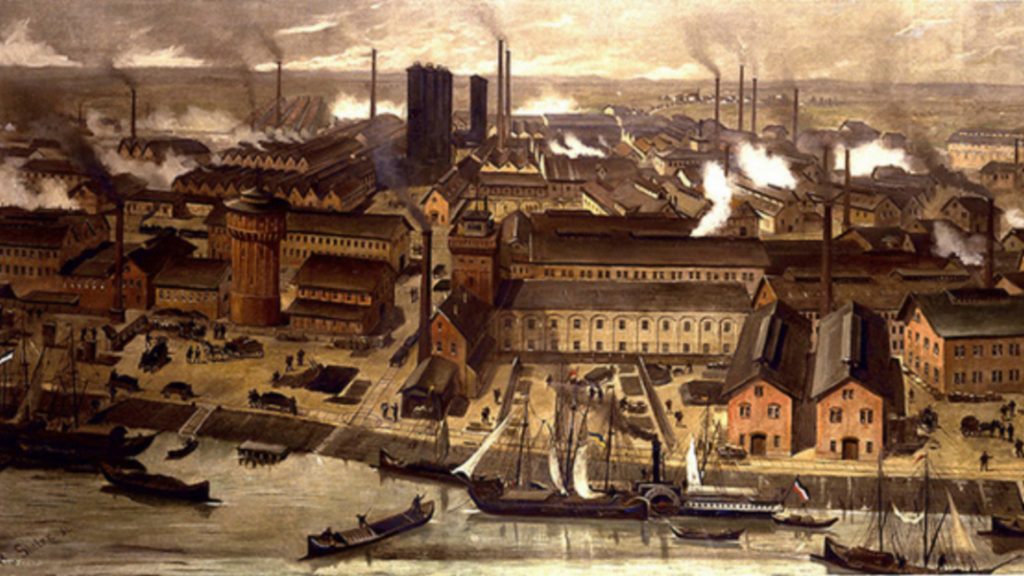 In Austin, Texas, we get a lot of sun and a decent amount of rain, which means that plants and lawns grow easily, as do weeds and everything else. They can grow relentlessly, almost uncontrollably, and it’s an ongoing task to try to keep on top of things.

When I am working in my yard, confronting the seemingly endless supply of weeds that nature offers, I sometimes wonder why I’m pitting myself against the other living creatures in my environment – even ones I myself planted there a few years ago.

I am rarely so happy as in those moments of gardenly emancipation when I realize that there is an infinite logic that governs the yard and that I can yield to it: take off the gloves, put away the lawnmower, and renounce the battle for a visible sidewalk once and for all.

The Logic of Industrialization

You might be wondering what my poor gardening habits have to do with Spinoza or Jewish philosophy. To get there, we have to go back to Germany in the 1830s-1840s, where industrialization wasn’t really yet under way, but where astute observers could sense that it was approaching. 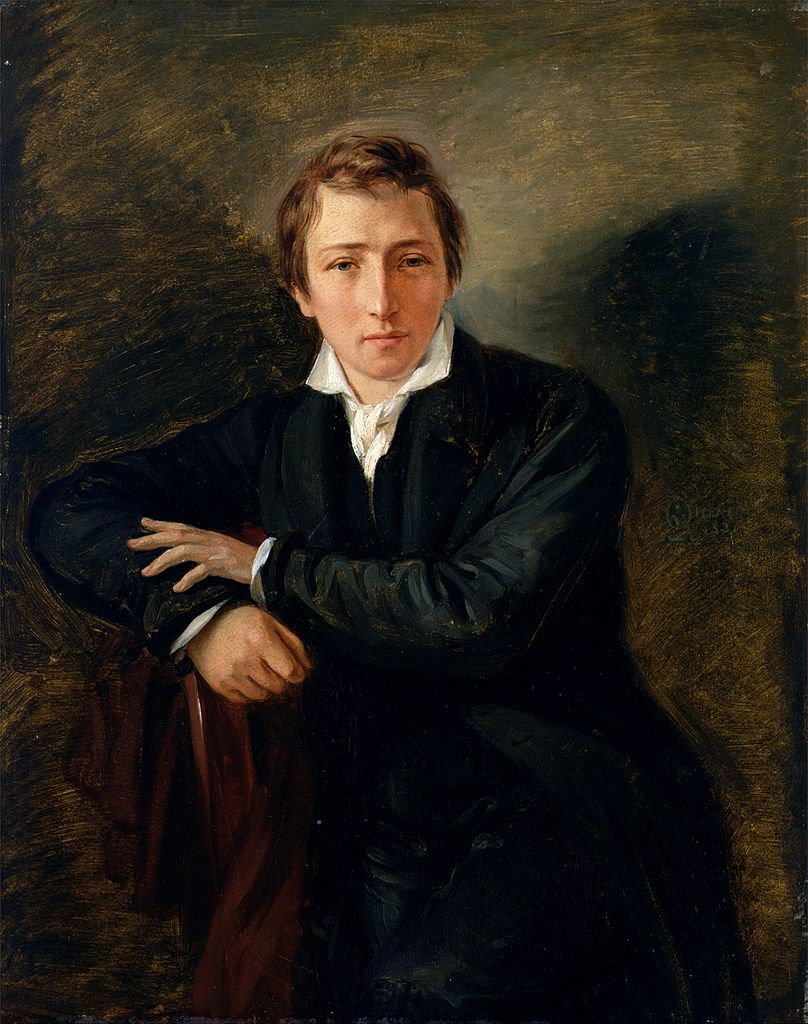 Writers such as Heinrich Heine, Moses Hess, and Karl Marx – among others – detected that the mechanization of industrial production that was being pursued in the new urban centers of England had a logic of its own, and that that logic was going to spread. This logic was part of a new era of “progress” and “expansion,” and of a new type of money economy. It demanded that people work ever harder, assert themselves ever more, and subjugate ever more of themselves and of nature to production and profit. Slowly but surely – the writers sensed –individuals would become ever more at odds with one another in the relentless pursuit of profit and survival, and ever more at odds with the natural and material world.

Karl Marx developed his revolutionary critique of capitalism from within this context. Heine and Hess developed a slightly different response, one that we could call an “ethos of repose,” which gets us back to a tradition in modern Jewish thought. I get the phrase “ethos of repose” from something Heine said when he was writing about the effect that Baruch Spinoza has on the reader, that “we are seized with a feeling like that of seeing nature at its grandest in most vigorous repose….”

The Pantheism Controversy: Can the Finite and the Infinite Coexist?

Heine was writing about Spinoza in the wake of the so-called “pantheism controversy” in Germany, a gossipy, tumultuous affair in the world of German letters. The “controversy” was about whether or not one of the German luminaries (the late G. E. Lessing, 1729-1781) had scandalously confessed to being a “Spinozist.” At stake in the controversy were all sorts of questions, including (1) whether “Spinozism” necessarily implied atheism (a charge that, in this case, carried a vaguely anti-Semitic connotation); and (2) whether it allowed for finite things to have real, subjective meaning, and thus for individual humans to lead real ethical lives.

1840s landscape by Charles François Daubigny. Pantheisms holds that God is comprised of all of reality (or nature) and is not a singular entity.

Spinoza had defined the world as simultaneously “nature naturing” and “nature natured”; or, as both infinite and indivisible, on the one hand, and also as made up of the sum of finite things, on the other. But it wasn’t clear to many participating in the pantheism controversy that you could have it both ways. Either you have “God, or Nature” – Spinoza had famously linked the two – as infinite and indivisible, and then you can’t have finite things; or you have real things and people, but no God.

By the time Heine and Hess were growing up intellectually, the pantheism controversy was already an ossified one, something that figured in the annals of philosophical education but that carried with it none of the horror or scandal that it had for the previous generation. Heine himself declared Germany a secretly pantheistic nation of thinkers, and even suggested that some kind of emancipation might be contained in that secret. But what kind of emancipation, exactly?

Staring down industrialized capitalism and the forces of progress, with all of their pressures towards individualized striving, Heine found something of a reset button in Spinoza and Spinoza’s God. “No one has ever expressed himself more sublimely about the divinity than Spinoza,” Heine explained. “Instead of saying that he denies God, one could say that he denies the human.”

By offering up the infinite as a counterpoint to the ceaseless focus on the finite, Spinoza’s ideas suggested a way to interrupt the relentless striving for individual pursuit of gain. This ethos of repose was radically “destructive,” because it called into question the most basic principles that were driving the early industrial-capitalist era.

Resolving the Controversy: Infinite Conflict, or Just the Infinite?

Moses Hess, too, found a similar opening in Spinoza’s thinking, albeit with a slightly different inflection. Hess became rather famous as a philosopher of the revolutionary act, and for a while was a close friend of the young Marx. But Hess was also a devoted Spinozist. When he found out that the prominent philosopher G. W. F. Hegel had found a “solution” to the pantheism controversy in the inevitable and logical conflict between the finite and the infinite, he was horrified. 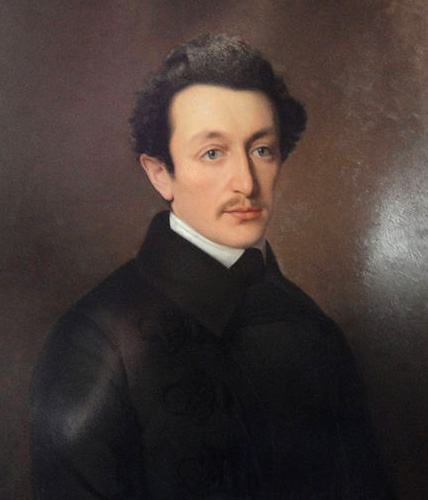 Like Heine, Hess had found something beautiful in Spinoza’s tranquil infinite, and no solution could be satisfactory that tainted the infinite with the world of striving and conflict. If Hegel’s response was the proper response to the problem, Hess wrote in his notebook, “it is simply better not to answer.” Rather, just walk away, leaving the question behind.

Even more directly than Heine, Hess was worried about the world of ceaseless striving and the way it individuates human beings. He would go on to theorize about real activity in the world, positing Spinozist activity as a different kind of activity. In writings such as The Philosophy of the Act and The European Triarchie, he would talk about the “free act” as a form of activity that could tap into the infinite, exceed our individuated forms, and resist the logic of industrial capitalism and its incessant demands.

A Solution for a Conflicted World: Spinoza’s Ethos of Repose

Heine and Hess weren’t the only thinkers who were drawn to this ethos of repose, this search for an alternative way to think about activity in the progress-driven industrializing world. Hess’s good friend Berthold Auerbach shared a similar preoccupation, though he pursued the project largely through his literary portraits of village life. Later, Johann Jacoby would draw on a similar ethos in his confrontations with Otto von Bismarck, the German chancellor. In fact, both Auerbach and Jacoby would write books about Spinoza from their political-prison cells – Auerbach a novel in 1837, Jacoby a collection of quotations in 1866 – both emphasizing the power of infinite understanding as a form of activity.

This ethos of repose, this search for alternative ways of thinking about activity in an accelerating world filled ever more with conflict, is one of the reasons, I think, that Jewish thinkers so consistently revitalized Spinoza’s thinking in the name of social critique over the course of the nineteenth century.

Perhaps this “ethos of repose” is also one of the reasons Spinoza is becoming so popular again in the twenty-first century, when we are confronted with seemingly intractable global problems – from climate change to incessant international conflict – for which conventional ideas of human action are woefully inadequate.

At the very least, I think that this ethos philosophically excuses me from mowing my lawn. It speaks against the apparently ceaseless activity of yard maintenance and the relentless competition with flora and fauna that comes with it.

Just to be safe, though, I might keep a copy of Spinoza’s Ethics on my porch to share with those kind neighbors who come offering the friendly use of their lawnmowers….

To learn more about the Pantheism Controversy, good introductions to the subject are available in The Fate of Reason: German Philosophy from Kant to Fichte and in Marx, the Young Hegelians, and the Origins of Radical Social Theory. 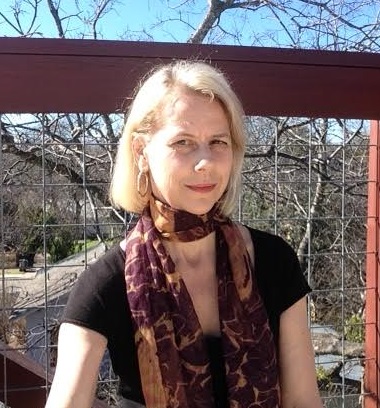 Tracie Matysik is associate professor in modern European intellectual history at the University of Texas at Austin. She is the author of Reforming the Moral Subject: Ethics and Sexuality in Central Europe, 1890-1930 (Cornell University Press, 2009), and is co-editor of German Modernities from Wilhelm to Weimar: A Contest of Futures (Bloomsbury Press, 2016). At present she is working on a book manuscript provisionally entitled “When Spinoza Met Marx: Experiments in Democratic Activity, 1830-2000”. In addition, she has written articles on the histories of psychoanalysis, secularism, subjectivity, international activism, and Spinozism. In 2016 she became co-editor of the journal Modern Intellectual History.