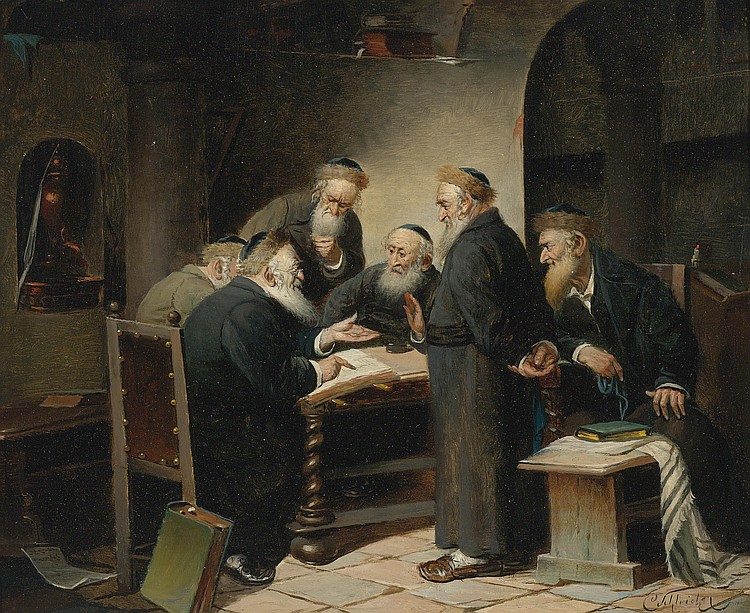 “You read the Sifre Devarim and you feel like you’re in the ancient rabbis’ living room,” says Seattle Jewish educator Beth Huppin.

The Sifre, a 4th-century compilation of layered rabbinic oral commentaries on Deuteronomy, has been translated before, but never with such attention to the spoken discourse and poetry of the ancient rabbis. This, Huppin says, is the hallmark of Marty Jaffee’s new translation: “Marty has a real ear for language. He captures the flavor of the rabbis’ conversations. You can really hear their puns and inside jokes.”

Now Professor Emeritus at the UW, Marty Jaffee is a renowned scholar of the oral Torah and rabbinic Judaism. He received his PhD in Religious Studies from Brown University and began teaching at the University of Washington in 1987. Over the course of three decades of teaching and publishing, he put the UW Jewish Studies and Comparative Religion programs on the national map. Jaffee was elected to the American Society for the Study of Religion in 2004, and was named a Fellow of the American Academy for Jewish Research in 2010. (Our Fall 2012 Newsletter includes a profile, Trailblazing Professor Retires, wherein several colleagues reflected on Jaffee’s remarkable contributions in research and teaching.)

While the Sifre Devarim is less well known than other midrash collections, Jaffee says there is much to be gained from delving into its unique blend of poetry and argumentation. “As a commentary on the book of Deuteronomy, it addresses virtually every issue in Deuteronomy in the distinctive rabbinic method of midrash: the nature of Torah as a topic and mode of study; the relationship of God and Torah to the Jewish People; the meaning of messianic redemption for Israel and the world.”

Jaffee structured his version of the text differently from previous translators, a process he explains in the e-book’s introductory essay. His goal throughout was to help readers recapture that the text was originally something that was spoken and heard by teachers and students. Jaffee explains, “I have tried to divide the text into its ‘memory units,’ to indicate the oral-performative nature of rabbinic Torah study and to indicate the larger mnemonic concerns that govern the composition of rabbinic oral-performative texts. Thus I recommend reading the text aloud, to permit full appreciation of the aural and oral aspects of the text.”

Huppin says the result is a revival of the original nature of the commentary. “Marty is bringing the oral nature of this text to life. These voices belonged living people who became two-dimensional on the printed page, and now Marty is bring them back into three dimensions.”

This screenshot shows a beta version of Marty Jaffee’s Sifre Devarim translation. The text is divided into chapters called Pisqa’ot.

Jaffee approached the Stroum Center in May 2014 with the idea of offering his Sifre translation for publication on jewishstudies.washington.edu. At that point, the manuscript was a 1,000-page-long labor of love. Jaffee, who has copious books and articles to his name, has been a vocal supporter of the Stroum Center’s recent forays into digital humanities. Open to new formats and comfortable with offering his views as a public scholar, he contributed a June 2013 blog post about Ruth Calderon’s history-making Knesset speech.

He says, “I felt that an online version of the Sifre would make the text more accessible. I offered it to the Stroum Jewish Studies Program as a way of thanking my friends and colleagues for providing my work a happy home for the past 30 years.”

The result? The Stroum Center’s very first e-book publication, made possible through a platform called PressBooks and available online now. The project spent several months in its beta phase, as Kara Schoonmaker, our Digital Media Coordinator, researched the ways to best structure and upload Jaffee’s material. Schoonmaker focused on functions such as searchability, tagging, and easy viewing of footnotes (they pop up when you hover your cursor over the footnote number).

The text is divided into short chapters called pisqa’ot (singular: pisqa’), and several pisqa’ot make up the commentary on each parsha. These building blocks add up to a rich repository of rabbinic argumentation. Beth Huppin’s study modules take small excerpts from the manuscript and offer a chain of questions to help readers probe the deeper themes of the Sifre text.

Contrasting ways to approach the Sifre Devarim will be featured at the Stroum Center’s launch event on January 14th at the UW. Huppin, who is the on-staff educator for Seattle’s Jewish Family Service, will join Rabbi Adam Rubin of Congregation Beth Shalom to reflect on the Sifre as both teachers and students–a fitting perspective, since discipleship has been a major theme in Jaffee’s research. The launch event in Jaffee’s honor will also include a light kosher lunch; visit this event page for more info & advance registration.

From the Cairo Geniza to the Internet 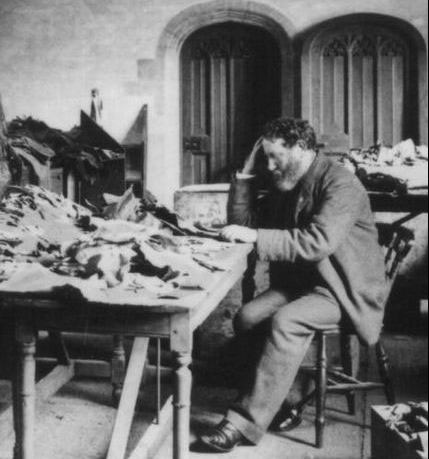 Parts of the Sifre Devarim were found in the Cairo Geniza, a hidden cache of sacred texts and fragments discovered in a storage room in Cairo, Egypt. The scholar Solomon Schechter, pictured here in 1895, helped to bring these valuable texts to light and is pictured on the cover of Prof. Jaffee’s e-book.

The Geniza has been explored in such studies as Adina Hoffman and Peter Cole’s Sacred Trash: The Lost and Found World of the Cairo Geniza (Nextbook Press). More recently, the author Dara Horn interwove Schechter and the Geniza into her popular novel, A Guide for the Perplexed (W.W. Norton & Co.). Horn–who will be appearing at the UW in May 2016 for the annual Stroum Lectures and a Hebrew symposium–explained her fascination with the Geniza thusly in an interview:

“This Cairo synagogue was a thousand years old. It had a genizah room containing a massive document dump—and no one had cleaned out the room in over nine hundred years. The Cambridge professor, in typical imperial British fashion, packed up more than 100,000 documents and brought them back to Cambridge. Some of them were priceless literary treasures. But most were things like sales receipts, ads, recipes, school projects. . . . This was not a library. This was the medieval Facebook, crammed with so much mundane junk that you could reconstruct an entire world from it—except that merely cataloguing it took more than eighty years.”

It is perhaps fitting that this piece of the Geniza, once hidden from the world, would find new form in an online book for all to read. Yasher koah to Prof. Jaffee on this contribution to the world of rabbinic commentary!

Want to see more articles like this?  Sign up for our newsletter!
⇒ Learn more about the Stroum Center for Jewish Studies at the University of Washington, our Sephardic Studies Program, or our Israel Studies Program.
Note: The opinions expressed by faculty and students in our publications reflect the views of the individual writer only and not those of the Stroum Center for Jewish Studies.
By Hannah Pressman|2017-09-04T22:41:38-07:00December 21st, 2015|Categories: Digital Jewish Studies, News|Tags: Ancient World, Book Talk, Comparative Religion, Marty Jaffee, Religion & Ritual|0 Comments