François Azar, the featured guest at Seattle’s upcoming Ladino Day celebration, came to the study of Ladino as an adult. Now, he is leading the French resurgence of interest in Sephardic culture, with projects spanning music and the arts, publishing, language instruction, children’s programs, and more. The cause that is perhaps dearest to his heart, Ladino folktales, will be the focus of the Ladino Day event taking place December 5th at the University of Washington and organized under the auspices of the Stroum Center for Jewish Studies and its Sephardic Studies Program. 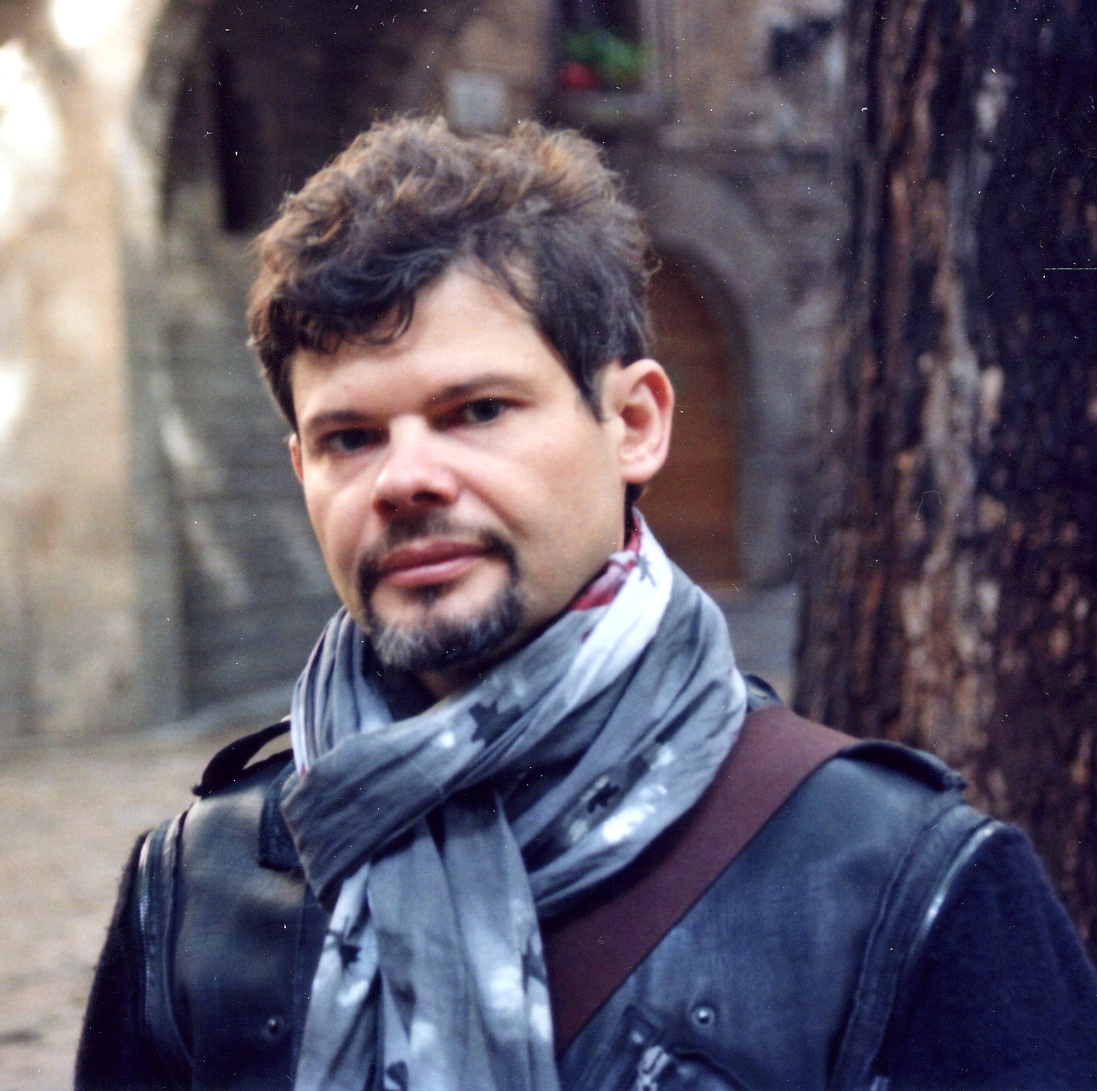 François Azar, featured at this year’s Ladino Day, runs a publishing house and other cultural ventures to promote Judeo-Spanish in France.

Based in Paris, Azar steers his multi-generational outreach efforts through his involvement with Aki Estamos – Les Amis de la Lettre Sépharade, an association focused on transmitting Judeo-Spanish culture to the next generation. The lively group, now numbering over five hundred members, will celebrate its twentieth anniversary this December. Besides leading Aki Estamos, Azar also heads Lior éditions, a publishing house that likewise celebrates Sephardic culture. The imprint has released two enchanting collections of folktales, available in French-Ladino and English-Ladino versions. The Jewish Parrot and Other Judeo-Spanish Tales (2014) and Bewitched By Solika and Other Judeo-Spanish Tales are accompanied by eye-catching illustrations.

Why folktales – and why now?

Although storytelling is a universal oral tradition, folktales can also reveal a great deal about specific groups’ beliefs and lived experiences. Typically in Sephardic communities, the designated storyteller (who could be male or female) shared their tales at home during bedtime and family gatherings, or to accompany domestic tasks like cooking or preparing a bride’s trousseau. The often-playful stories might appear aimed at children, but they were meant to be heard by audiences of all ages.

The history of these tales mirrors the polyglot nature of Ladino, which borrowed words from Turkish, Greek, French, and other languages as Sephardic Jews began dwelling outside of Spain. In his afterword to The Jewish Parrot, Azar explains that post-expulsion Sephardim living in the Ottoman Empire and North Africa “adapted their neighbors’ tales and legends to their culture and composed many others.” An example of this borrowing from outside is the figure of Djoha (known in Turkish as Nasreddin Hodja), a character popular in Mediterranean cultures who appears in such Ladino stories as “Gifts for the Sultan (Regalos al Sultan).” A wise fool who prevails ironically, Djoha recalls the Khelemer khakhomim, or the wise men of Chelm familiar from Yiddish literature. Another example of narrative borrowing is a story based on a Grimm brothers’ fairy tale, wherein Elijah the prophet substitutes for two robbers. 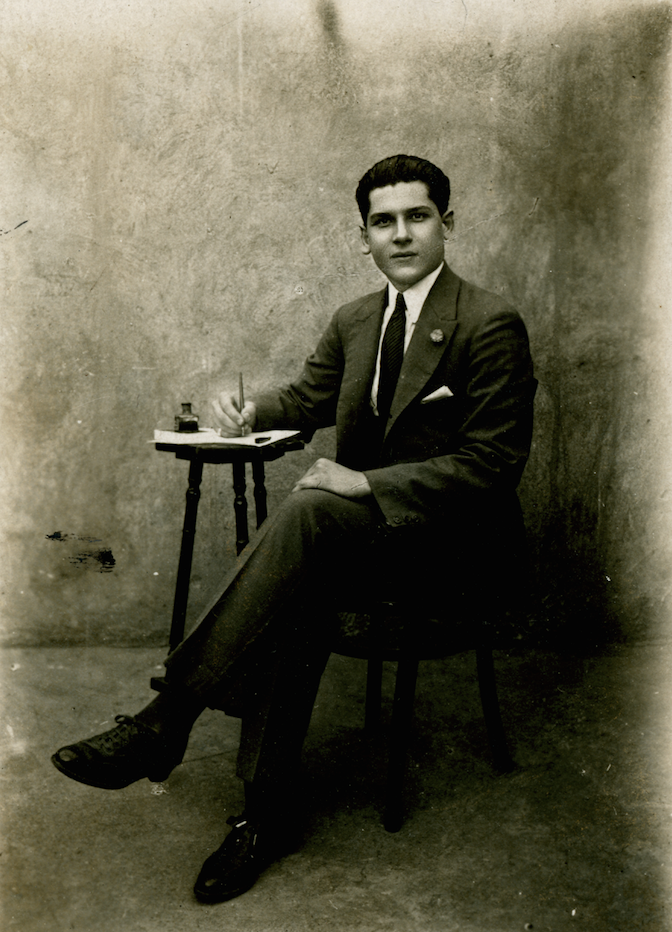 Ladino folktales also have a personal resonance for Azar, a second-generation French citizen. Reached in Paris for a wide-ranging interview, Azar described his Sephardic genealogy: his grandparents were artisans and tradespeople who hailed from the Greek island of Corfu and Smyrna (now İzmir) in Turkey. Azar was very close with his grandparents, who gifted him with family stories as well as heirloom items, but he did not learn Judeo-Spanish from them. Instead, he actually learned the language by reading the well-known Milan-born, Israel-based Judeo-Spanish activist Matilda Koen-Sarano’s collections of oral literature, which he first discovered in a second-hand bookstore in Jerusalem. Though Koen-Sarano’s volumes include many genres, from romansas (ballads) to moral fables and riddles, the folktales in particular “captivated” him through their combination of humor, intelligence, poetic quality, and dream-like feeling.

Azar also emphasized how the stories’ Ladino identity provided a kind of insulating cover that afforded greater “freedom” in regard to the topics that the tales could address: “Since Judeo-Spanish is a language spoken only between Jews who share the same culture, we can say many things to each other that we would not share with everyone. Sensitive issues between the sexes or between the peoples that made up the Ottoman Empire are being addressed. . . . Because they’re on the oral side, tales have always resisted censorship better than books.” 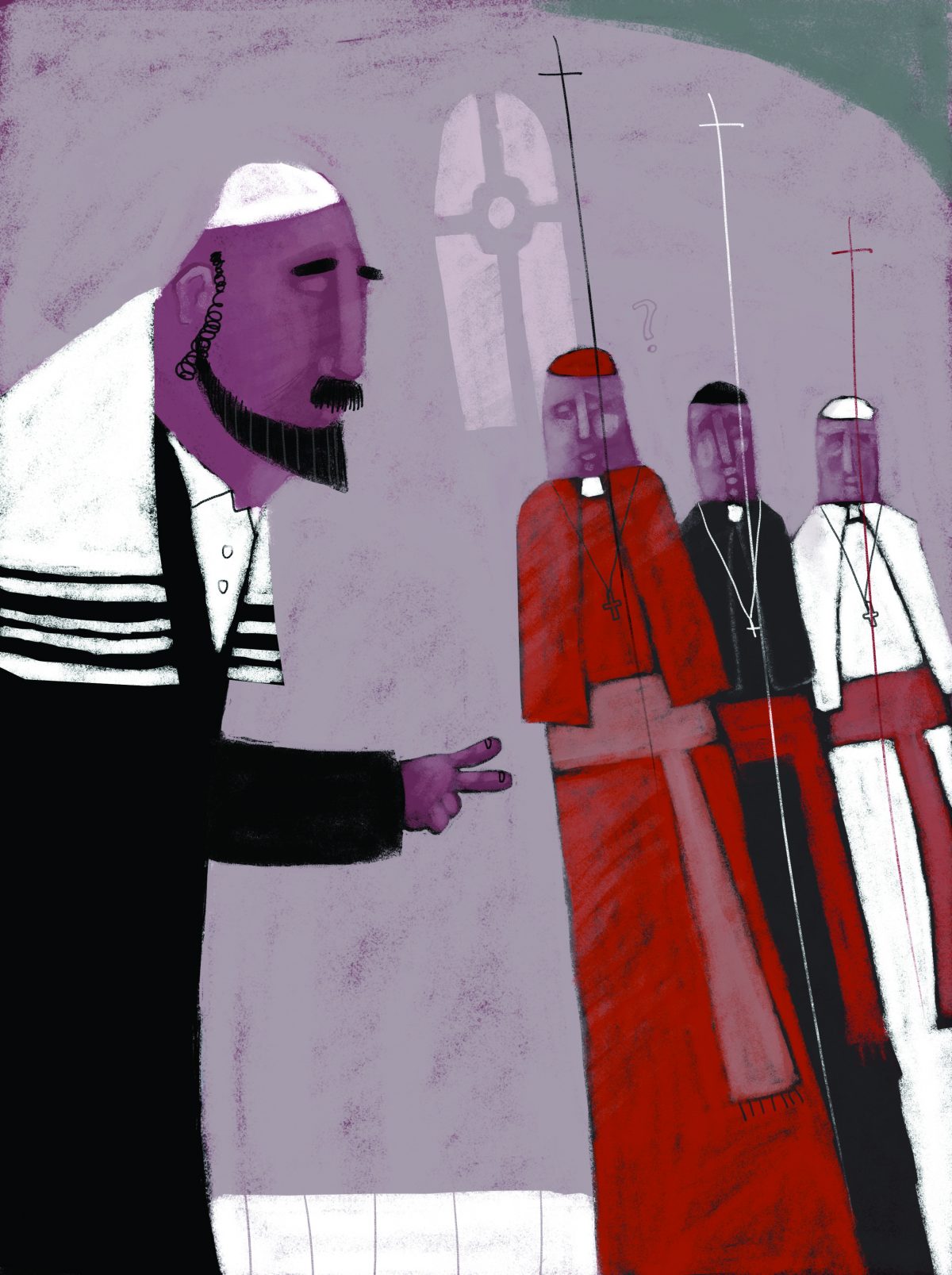 An illustration from “Las tres demandas” (The Pope’s Three Enigmas), from the “Bewitched by Solika” collection published by Lior éditions. Credit: Petros Bouloubasis.

Indeed, difference between peoples is a theme frequently explored in these tales. One recurring character in Azar’s collections is the priest (el papas), whose presence indicates the storytellers’ keen awareness of Jewish difference from other faiths—the not-so-subtle subtext being the violent persecution that has historically flared up as a result. My personal favorite tale, “The Pope’s Three Enigmas (Las tres demandas),” explores the theological question of “Who is the true chosen people?” against the classic narrative backdrop of three riddles. The story ingeniously raises themes of inter-religious conflict and social class while exhibiting the dark humor and slight absurdity typical of this genre.

Judeo-Spanish activism from Paris to Seattle

According to Dr. Devin Naar, the Isaac Alhadeff Professor of Sephardic Studies at the UW, François Azar’s diverse projects have placed Paris “at the very center” of Ladino culture today. Naar also sees a parallel between Azar’s folktale project and his own work building a world-class digital archive: “With the Sephardic Studies Digital Library, our primary focus is to preserve texts and artifacts. But in the process of creating stories around them for online essays and our digital museum, we impart new meanings on those texts. Once the materials are out there, people use them in their own ways, to create Sephardic lifecycle ceremonies or as fodder for political discussions. What our digital library shows is that dynamic transformation and adaptation shaped Sephardic culture over the generations. And that is still happening today, aided by new technologies and the ‘digital diaspora.’ Francois’ books are also evidence: old stories adapted for a new era.” 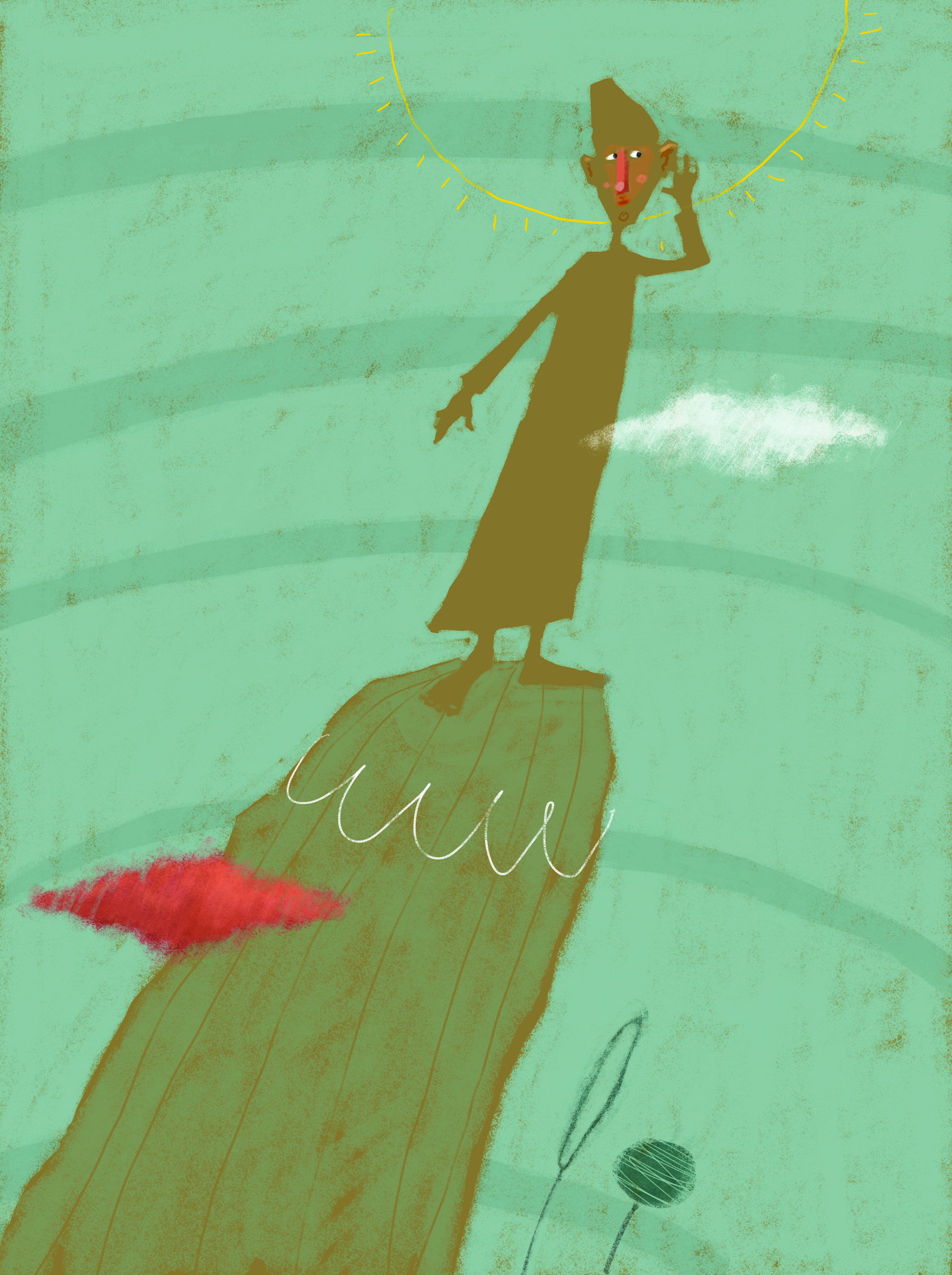 An illustration from “Moshe a la butika!” (Back to the Shop Moshe!), from the “Bewitched by Solika” collection published by Lior éditions. Credit: Petros Bouloubasis.

It is fitting and quite poignant that The Jewish Parrot and Bewitched by Solika are based largely upon the invaluable trove of Ladino folktales that Matilda Koen-Sarano recorded in Israel, the very same texts through which Azar taught himself the Ladino language. Notably, though, The Jewish Parrot also features new stories written by children, a wonderful way of opening up the centuries-old tradition to a new generation.

Bringing the tales to life will also be a goal of the upcoming International Ladino Day celebration at the University of Washington: members of the Ladineros, a local group of Ladino aficionados, will present a reading in the original Ladino of one of the stories published in Azar’s collections. True to the spirit of the ever-evolving oral tradition of the Ladino folktale, the Ladineros have adapted the story to fit their own stylistic and linguistic preferences.

And the history of Ladino folktales is far from over: for the third Lior éditions volume, not yet available in English, Azar composed his own tales. Though it was a challenge, Azar said that he worked from various sources and kept in mind “how Judeo-Spanish storytellers transformed stories that did not belong to them.” He added that, although he has invested time studying the history of Sephardic storytelling and the theory of folktales more generally, all of that falls away when it comes to writing. “[T]o invent stories, it is better to forget the theory. Good stories come at night between dreams or while walking on an island.” 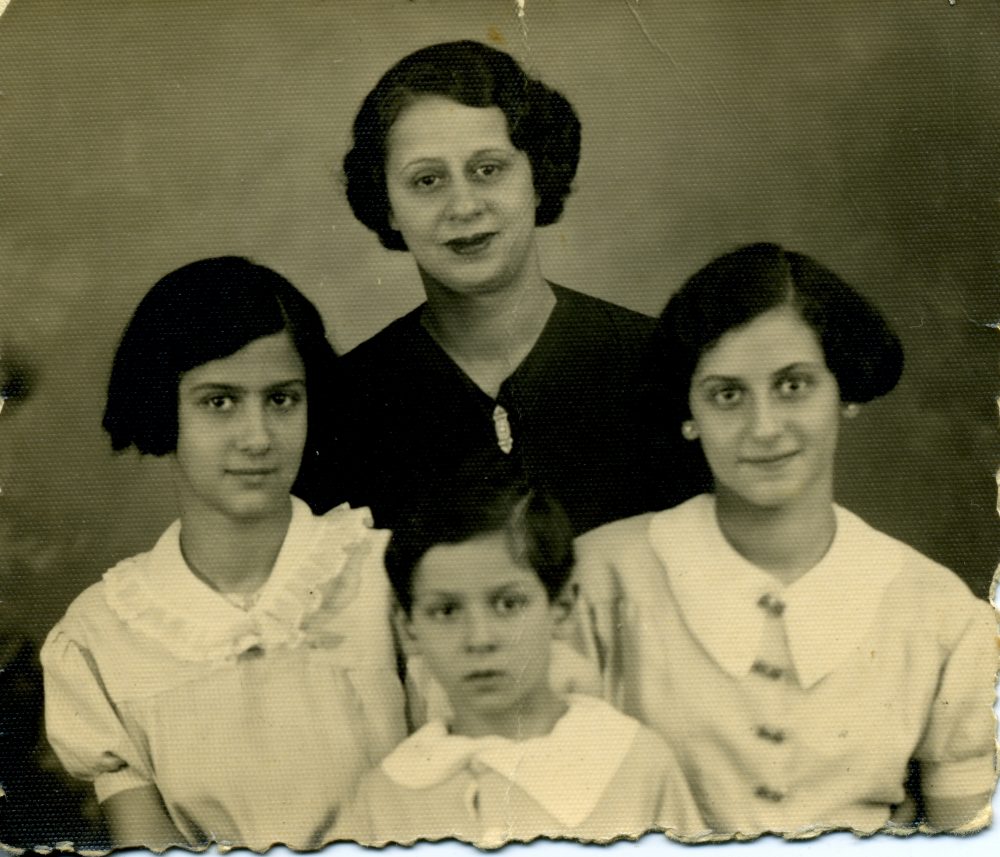 This trailblazing cultural activist began his journey into Sephardic culture with the basic goal of passing Judeo-Spanish culture on to his own children. Through Aki Estamos, which he views as “a start-up,” François Azar has gone much further and energized a movement of several hundred people seeking to connect with their heritage. Asked to comment on his impactful work, he observed with pride, “We therefore have a vocation to teach Judeo-Spanish culture as something new. . . . There is a real opening to welcome researchers and creators. A great confidence in what young people can achieve.”

Want to see more articles like this?  Sign up for our newsletter!
⇒ Learn more about the Stroum Center for Jewish Studies at the University of Washington, our Sephardic Studies Program, or our Israel Studies Program.
Note: The opinions expressed by faculty and students in our publications reflect the views of the individual writer only and not those of the Stroum Center for Jewish Studies.
By Hannah Pressman|2019-01-29T11:34:01-08:00November 11th, 2018|Categories: Arts & Culture, Our Events, Sephardic Studies|Tags: Devin Naar, Folktales, France, Hannah Pressman, Jewish Languages, Ladino, Ladino Day, Ladino Day 2018, Sephardic Studies|0 Comments