From the Collection: El djugeton, a satirical Ladino newspaper 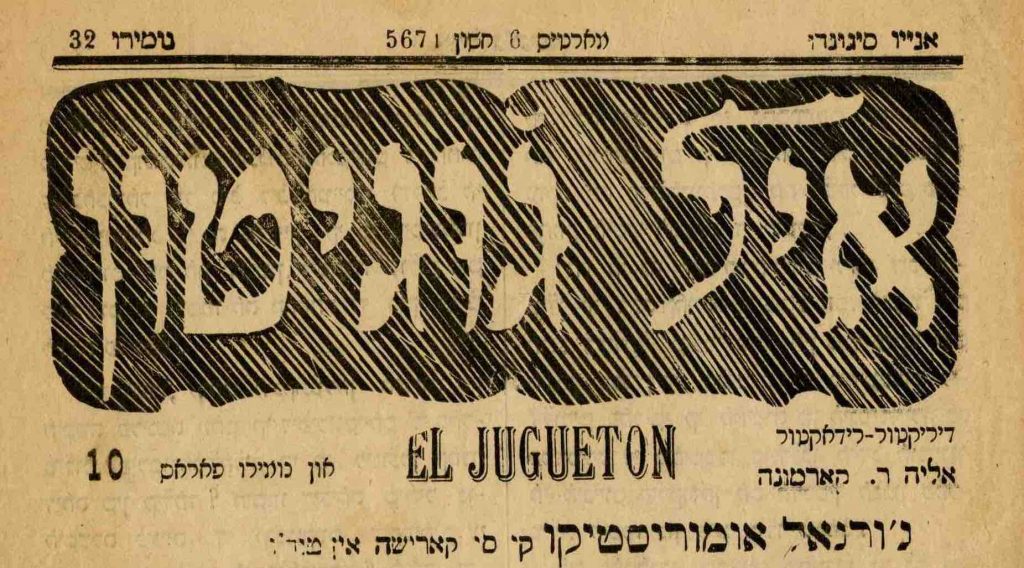 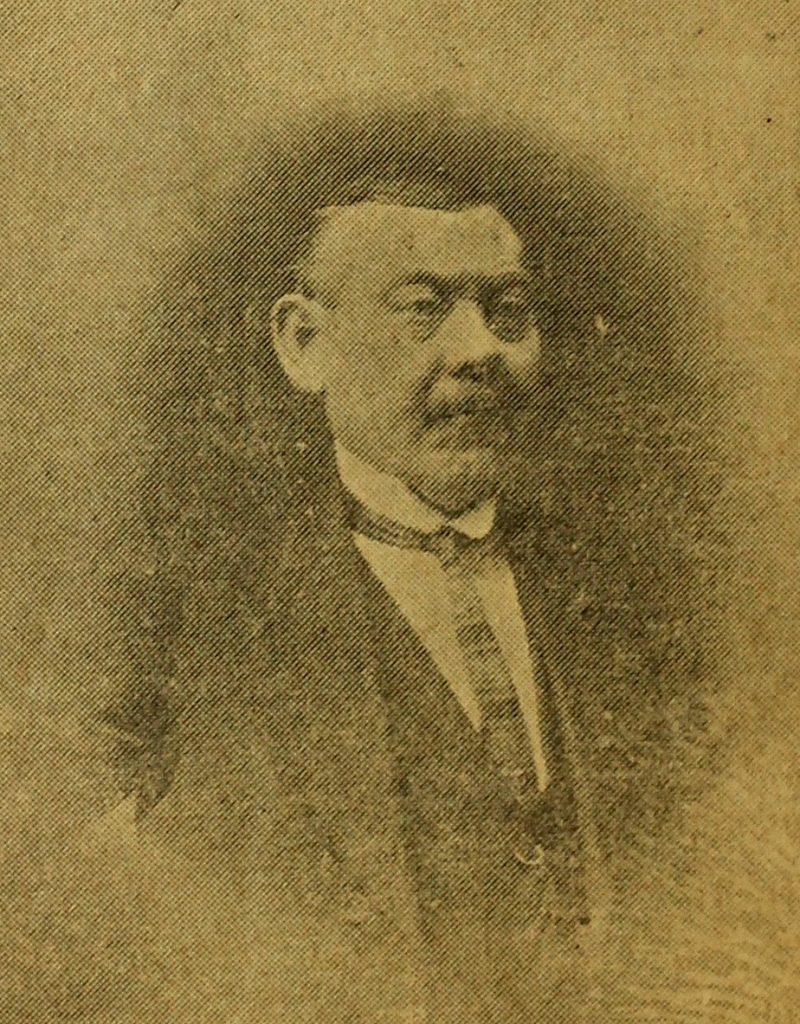 Published in Istanbul from 1908 to 1931, the satirical Ladino newspaper El djugeton (“The Joker”) made headlines in more ways than one. Its editor, the prolific Ladino writer Elia Karmona, was known for the serialized novels that he published on the pages of this journal, as well as the controversies he stirred by poking fun at religious and political authorities — and at other Ladino writers.

The paper’s masthead declares Karmona’s provocative angle. In translation, it’s up for interpretation: El djugeton could be a “humoristic journal that stirs everything up,” or a “humoristic journal that mixes into everything” (djurnal umoristiko ke se karisha en todo). The ambiguous word in the masthead, karisha, is a Ladino variant of the Turkish karışmakor or karıştırmak, which means “to mix (oneself) in” — an apt term for a rabble-rouser like Karmona — and a reminder that although El djugeton was intended for a Jewish audience, its writers and readers were part of a broader Ottoman world.

In this front page from El djugeton (November 8, 1910), the lead story, titled Nuestros males (“Our Troubles”), launches a critique against a contemporaneous Ladino journal from Izmir, La boz del pueblo (“The Voice of the People,” 1908-1919) and demonstrates that El djugeton was a Sephardic newspaper. 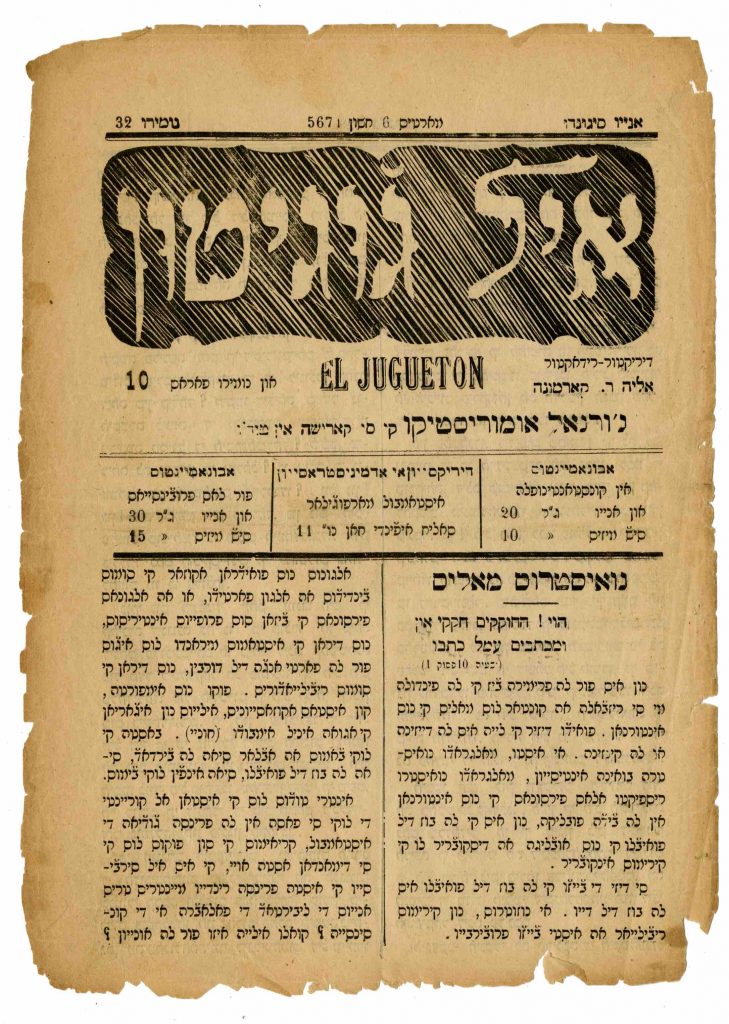 In a style reminiscent of the rabbinic debates recorded in the Talmud, the anonymous writer (likely Karmona himself) begins with a Hebrew verse from the biblical book of Isaiah that pities people who write unjust decrees — a particularly Jewish jab at the writers of La boz.

Later, the writer manipulates a popular Ladino refran, or proverb, that would have been immediately familiar to Sephardic readers in the know. “The old man says that ‘the voice of the people [la boz del pueblo] is the voice of God [la boz del Dio].’ And we [old folks] don’t want to rebel against this old proverb.”

El djugeton’s message to the traditionalist writers and sheltered readers at La boz del pueblo is clear: Much like this Ladino proverb, La boz is old news.

Have an artifact you’d like to contribute to the Sephardic Studies Digital Collection? Learn how to share it with us here.

Want to see more articles like this?  Sign up for our newsletter!
⇒ Learn more about the Stroum Center for Jewish Studies at the University of Washington, our Sephardic Studies Program, or our Israel Studies Program.
Note: The opinions expressed by faculty and students in our publications reflect the views of the individual writer only and not those of the Stroum Center for Jewish Studies.
By Makena Mezistrano|2020-10-19T14:53:14-07:00July 29th, 2020|Categories: Digital Sephardic Treasures, Sephardic Studies|Tags: Ladino, Sephardic Studies Digital Collection|4 Comments