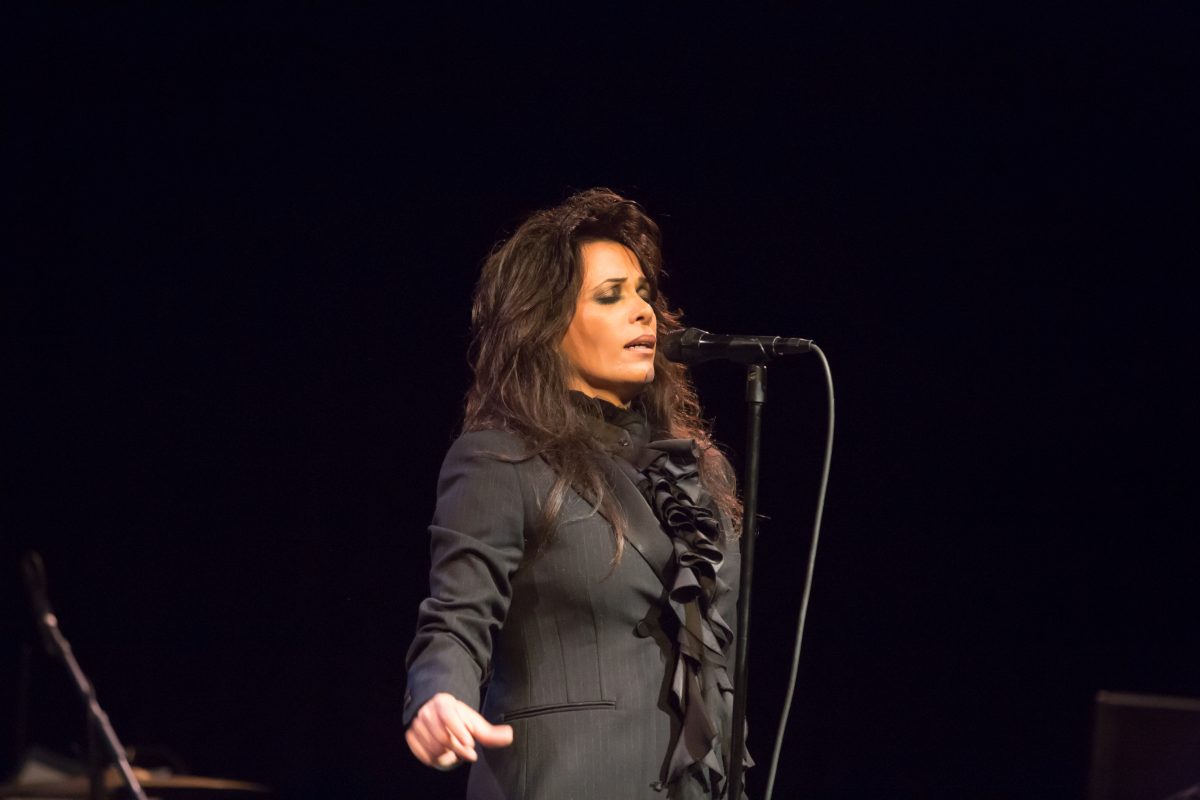 Ms. Levy enchanted audiences with a duet, sung with a recording of “Una Pastora” by her late father, Yitzhak Levy

On Saturday, November 11, Seattle celebrated its fifth annual International Ladino Day with a sold-out performance at the Stroum Jewish Community Center on Mercer Island.  This year, Seattle’s Ladino Day broke with its established tradition of highlighting the Seattle Sephardic community and its Ladino speech community, instead showcasing a world-famous Sephardic musician, Yasmin Levy, who contributes to the preservation of Ladino in a unique way.  Ms. Levy is a Sephardic Israeli singer who sings both traditional Sephardic music in Ladino and original compositions in Modern Spanish.  Her songs, both the traditional and the original, feature heavy influence from flamenco and tango, and at times sound very little like traditional Sephardic music.

The majority of the program on Saturday evening was in Modern Spanish, though Ms. Levy’s performance included the traditional Sephardic songs “Adio Kerida,” “Una Pastora,” and “El Rey Nimrod.”  Perhaps the most notable part of the evening was when Ms. Levy asked the audience to sing the chorus of “Adio Kerida” (Goodbye, Dear…). 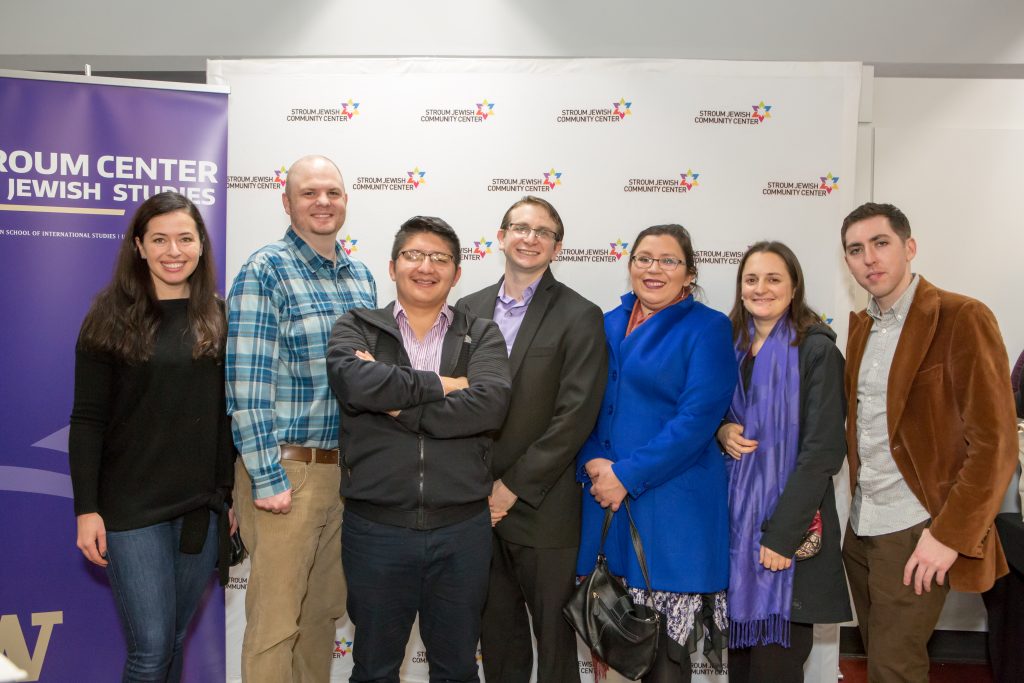 In a post-concert interview with Town Hall Seattle’s Jon Kertzer and Professor Devin Naar of the University of Washington, Ms. Levy, who was born in 1975 in Jerusalem to parents from the Turkish city of Izmir, admitted that she does not speak Ladino. 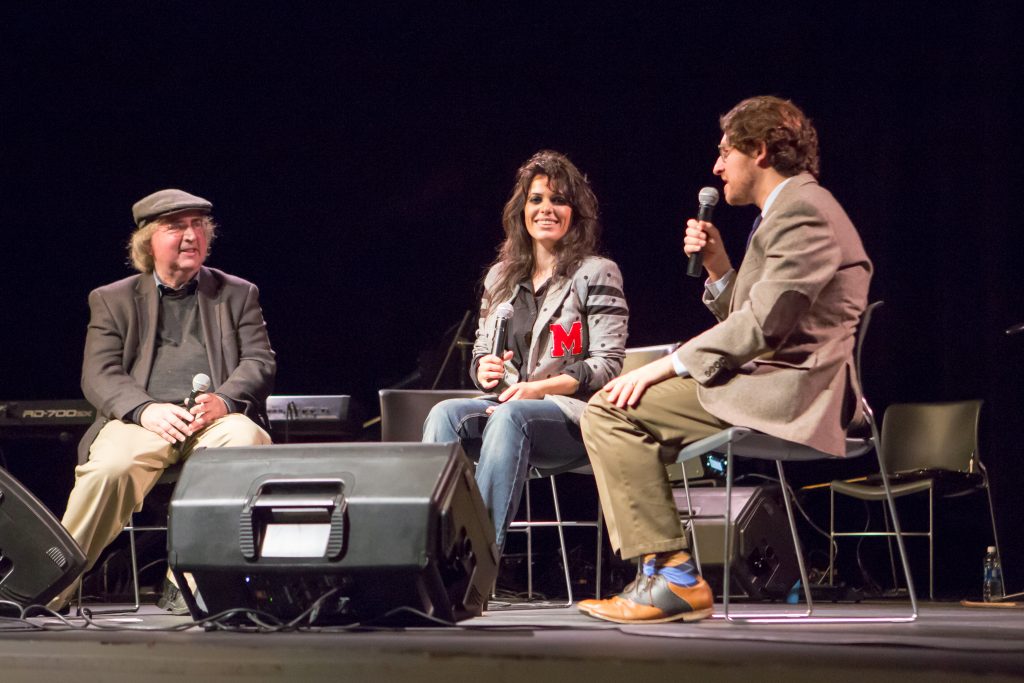 This pattern is, of course, all too familiar to the Seattle Ladino speech community, many of whose American-born members grew up responding in English when their parents spoke to them in Ladino.  For this reason, Ms. Levy’s original compositions are in Modern Spanish rather than Ladino.  Ms. Levy remarked that her music was initially not well received by the Israeli Sephardic community, explaining that she had taken something “ancient” and “holy,” the music of people’s mothers, and transformed it into something quite different.  Ms. Levy explained her actions, though, saying, “I had to make it more approachable for people who had nothing to do with Sephardic tradition.”

Eventually, Ms. Levy says, the Israeli Sephardic community realized that she was, in fact, doing Sephardic music a service by introducing diverse audiences around the world to traditional lyrics and melodies.  “Even though it was sung 500 years ago […] it’s still alive,” Ms. Levy said of the traditional Sephardic music that she sings.  Though she believes the language “will die as a living language” within a couple of generations, it will live on in the songs, which she believes have taken on a life of their own, much like the music of Mozart or Beethoven.  Through these immortal songs, in her unique way, Ms. Levy is contributing to the preservation of Ladino. 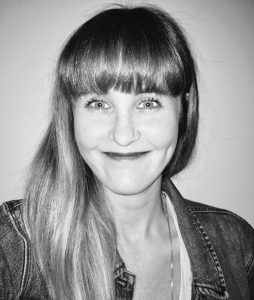 Molly Fitzmorris is a fourth-year Ph.D. student in the Department of Linguistics and is the Isaac Alhadeff Graduate Fellow at the Stroum Center for Jewish Studies.  She has a B.A. in Latin American Studies from New York University, and an M.A. in Hispanic Studies from the University of Washington.  Her research focuses on the documentation of Ladino in Seattle, and her two current projects explore the dialects of Ladino spoken in Seattle and the use of a common Turkish suffix in Ladino.  Molly helped organize the first three International Ladino Day celebrations, and is an occasional student at the weekly Ladineros classes in Seattle.

Want to see more articles like this?  Sign up for our newsletter!
⇒ Learn more about the Stroum Center for Jewish Studies at the University of Washington, our Sephardic Studies Program, or our Israel Studies Program.
Note: The opinions expressed by faculty and students in our publications reflect the views of the individual writer only and not those of the Stroum Center for Jewish Studies.
By Molly FitzMorris|2019-08-23T15:38:14-07:00November 13th, 2017|Categories: Our Events, Sephardic Studies|Tags: Devin Naar, Graduate Fellows, Ladino, Ladino Day, Ladino Day 2017, Sephardic, Sephardic Studies, Turkey|0 Comments