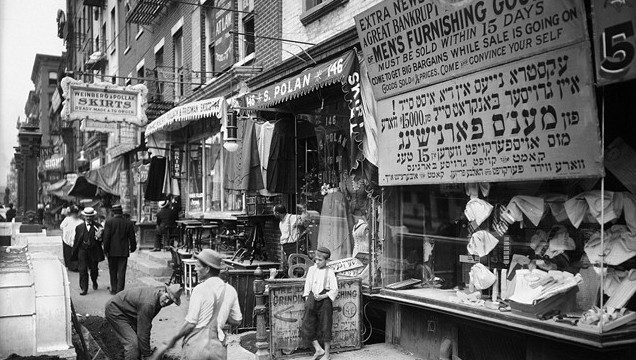 For our Winter Quarter class “Jewish Women in Contemporary America: Activists for Social Justice,” taught by Prof. Kathie Friedman, we watched two films early in the quarter: “Clara Lemlich: A Strike Leader’s Diary” and “The Jewish Americans.”  Both presented a familiar media narrative portraying the Jewish journey to America as the Eastern European immigration between 1880-1920, with most of the newcomers settling in New York City. 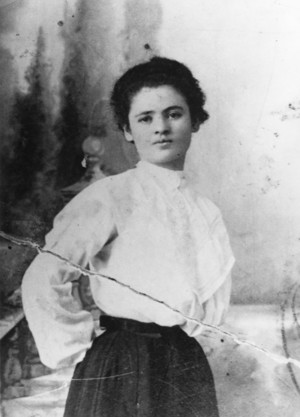 A documentary produced in 2004, “Clara Lemlich” presents the story of a 1903 immigrant to the Lower East Side of New York City from Kishiev (in Moldova) who helped to lead a strike of garment workers in 1909.  She gave a rousing speech in Yiddish at a large union meeting solidifying the resolve of the workers.  In the film her descendants reflected about their memories of her and revealed that she continued to work for social justice from the left her entire life.

“The Jewish Americans,” produced by PBS in 2004, in four two-hour segments, provides a narrative of this minority’s experience immigrating and prospering in America.  This film also heavily features the migration of two million Eastern European Jews at the turn of the century.

Historians have described this familiar narrative of the large numbers of Jews pouring into New York City; as Jonathan Sarna writes in American Judaism: A History, the Jewish population at this port of entry reached 1.4 million in 1915, nearly 28 per cent of the city’s total population (Sarna, 152). Typical components of the mainstream immigration narrative include the teeming masses flowing into New York City’s Lower East side, the Yiddish theater and press, the garment industry, the socialism and left-wing politics.  The courage and determination of the poor working-class citizens crowded into New York City tenements and their gradual climb to affluence and privilege.  The liberal-leaning Jews with the Yiddish-speaking bubbe in the background making pots of borscht.  Red diaper babies.

Though both of my parents were from Jewish East Coast families, this didn’t sound like the history of my family. I came from a long line of Jewish Republicans.  Nobody from my family ever lived on the Lower East Side, nor did they work in the garment industry.  I never heard my grandparents speak Yiddish (though if you cornered my grandmother, she might, a little.) 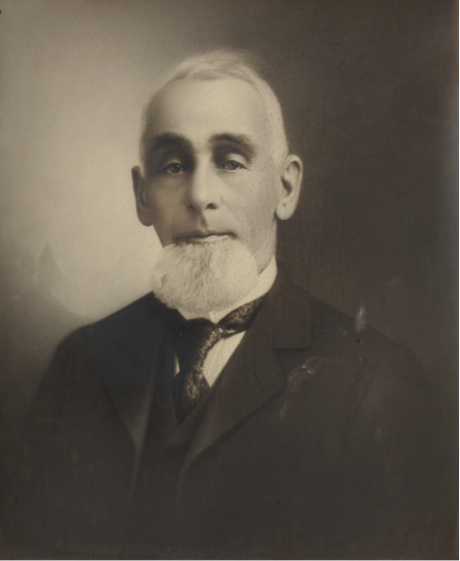 Maier Zunder, the author’s great-great-grandfather, built a successful life in Connecticut in the early 20th century.

Most of my family dates from an earlier wave of migration.  A quarter million Jews emigrated from the German states between 1840 and 1880 (Germany didn’t unify until 1871).  These German Jews dispersed throughout the country, establishing Jewish communities.  Many became prosperous merchants and business-owners.  A group of Jews from Bavaria gathered in New Haven, CT, establishing a synagogue and building a lively social scene including an influential B’nai B’rith lodge.  At that time B’nai B’rith attracted successful young men and spread throughout the country.  Maier Zunder, pictured left, my great-great-grandfather, built a large wholesale grocery business, served as president of one of the largest banks, founded the B’nai B’rith lodge, and served on the New Haven Board of Education for over 20 years.

These Jews spoke German, not Yiddish.  They came to escape the harsh edicts of partial emancipation for Jews imposed in many of the states including Bavaria.  The young people were restricted from marrying, moving, or starting new businesses.  Whole families and villages emigrated.  Many came with nothing, but opportunities for economic success certainly attracted them.  They brought Reform Judaism with them from Germany; however, most did not have the socialist or radical roots of their fellow Jews coming from Eastern Europe in the next generation.  Many looked with dismay at the new arrivals (my mother’s family certainly did!) but helped them with social services and job opportunities.

The narrative of my family conflicts with the typical Lower East Side Yiddishkeit story.  Both the German and Eastern European immigrations involved the more prominent Ashkenazi branch of the Jews.  The Sephardic Jews, originally from the Iberian Peninsula and then driven to Northern Africa, Turkey, Greece and Rhodes, were the first Jews to come to America.  Many Sephardic Jews live in Seattle, one of the largest such communities in the United States.  Their stories in America did not begin with the turn-of-the-century garment trade workers.

American Jews, who share immigrant roots with other Europeans, have a complicated past.  Knowing how our ancestors struggled to become Americans, we cannot reduce the diverse range of Jewish stories to the simplified tale of Tevye from Fiddler on the Roof or the crusading union leaders from the Lower East Side of Manhattan.

Jews have suffered from caricature and stereotype in the lands they have inhabited.  Certainly, the story of the huge Eastern European Jewish migration to the working class slums and their rise is true, but we all must be vigilant that our complex story not be restricted to this single narrative. 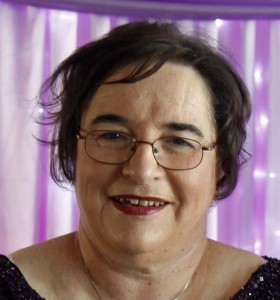 Sandra Ginsburgh Barnes is an access student in JSIS C 438, “Jewish Women in Contemporary America.”  Her article “School Prayer: The Devotional Exercise Controversy in New Haven” was published in Connecticut History Fall 2012.  She will be presenting about Maier Zunder, pictured in this blog post, at the Spring Meeting of the Association for the Study of Connecticut History in April 2014.

Editor’s note: This post appears as part of Prof. Kathie Friedman’s Winter 2014 class, “Jewish Women in Contemporary America,” which explores how Jewish women in America have long made meaningful contributions to social justice causes. Their activism, however, did not always fit traditional views of either Jewish or women’s issues. Using texts, blogs, films, and guest speakers, the course investigates Jewish American women’s activism in the past and present, and analyzes the links they made between their faith, identity, and civic engagement.