Using Yiddish to fight the “othering” of Jews in Poland 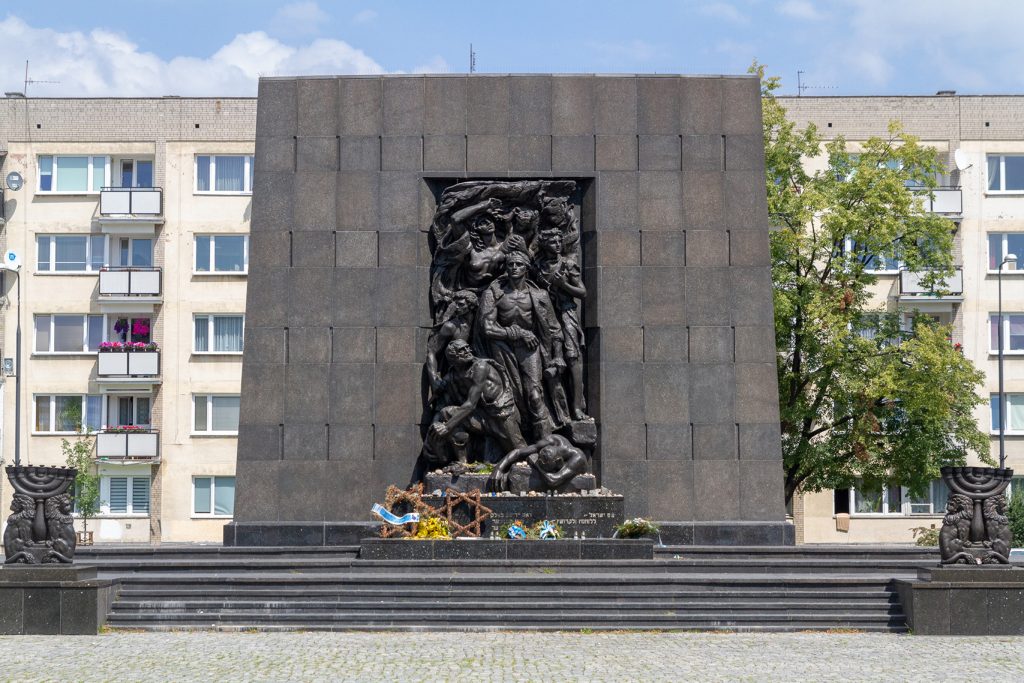 The Monument to the Ghetto Heroes in Warsaw, Poland, commemorating the Ghetto Uprising of Polish Jews against occupying Nazi German forces in 1943.

The political and social landscape in Poland seems to only ever be becoming more right-wing. Poland’s ultra-nationalist ruling party, Law and Justice (Prawo i Sprawiedliwość), has been aggressively introducing conservative laws meant to define Poland as a Catholic, homogeneous country; these include the infamous “Holocaust Law” prohibiting people from naming Poles and Poland as active participants in the Holocaust, and another preventing people from operating shops on Sundays. The Polish premier also seemingly views the Jews and Nazi Germans as having equal roles in the Holocaust.

The 50th anniversary this year of March 1968 (Marzec 1968), a national anti-Semitic movement that forced at least 20,000 Polish Jews to emigrate in 1968, makes the current political climate even more poignant; history is starting to repeat itself yet again.

Despite this, many non-Jewish Poles seem to be very involved in preserving and learning about Polish-Jewish culture and non-Jewish Poles’ role in the demise of that history. 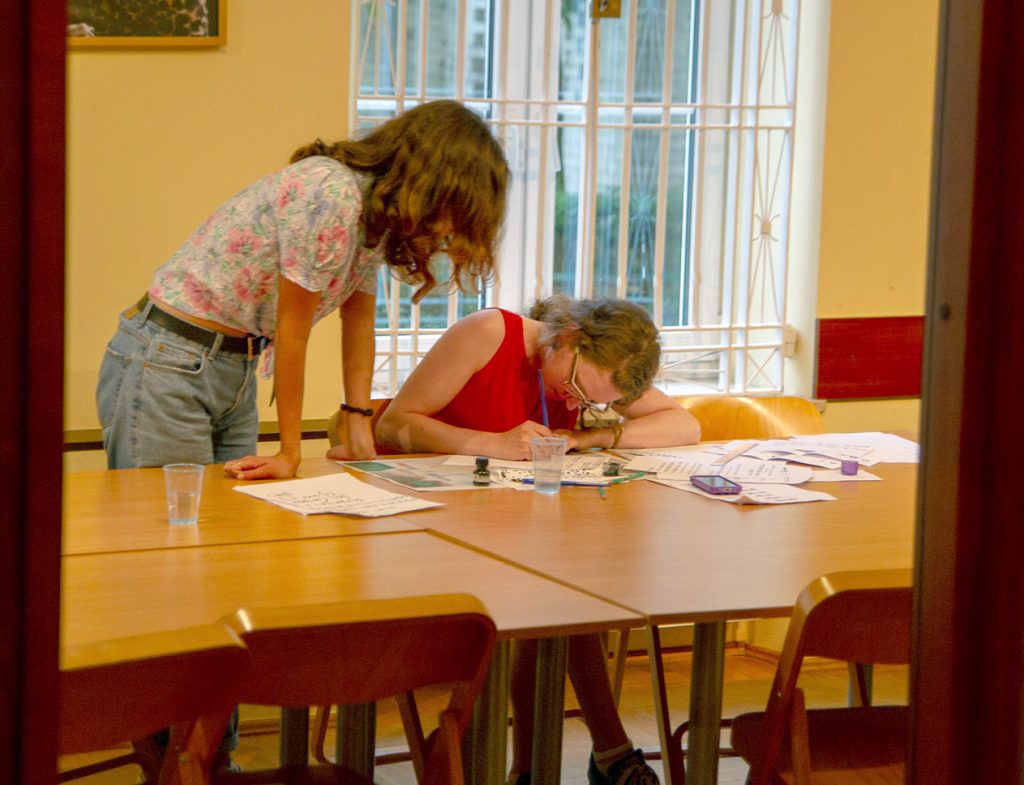 In July, I attended the International Summer Seminar in Yiddish Language and Culture (sponsored by the Centrum Kultury Jidysz and the Fundacja Shalom), which takes place in Warsaw every year. The teaching of Yiddish and emphasis on its place as a native language of certain Poles points to a key tool towards humanizing a marginalized group — learning their language combats further marginalization and illustrates the similarities between that group and the majority.

In my beginning-level Yiddish class, eight of the 14 students were non-Jewish Poles. Their reasons for learning Yiddish varied: One woman worked at POLIN, Warsaw’s Jewish museum, and wanted to be more involved in archival work where a knowledge of Yiddish was necessary; two Poles were actors interested in performing with the Yiddish theater. Two young women simply thought Jewish history and culture were interesting.

Most of these students were delighted by certain parallels between Yiddish and Polish. On the first day we learned the Yiddish word for “frog,” whose diminutive (זשאַבקע, or zhabke) sounds almost exactly like the Polish. The Polish students found the grammatical similarities between Yiddish and Polish even more exciting, and one girl was truly overjoyed upon learning that the Yiddish interrogative particle sounds and is used like the Polish one (צי, or tsi, versus Polish czy).

The active role of non-Jewish Poles in preserving Yiddish was not limited to the beginning class — a man in the third level was from a small town outside of Warsaw and started learning Yiddish to study his town’s Jewish history and prevent it from being forgotten. 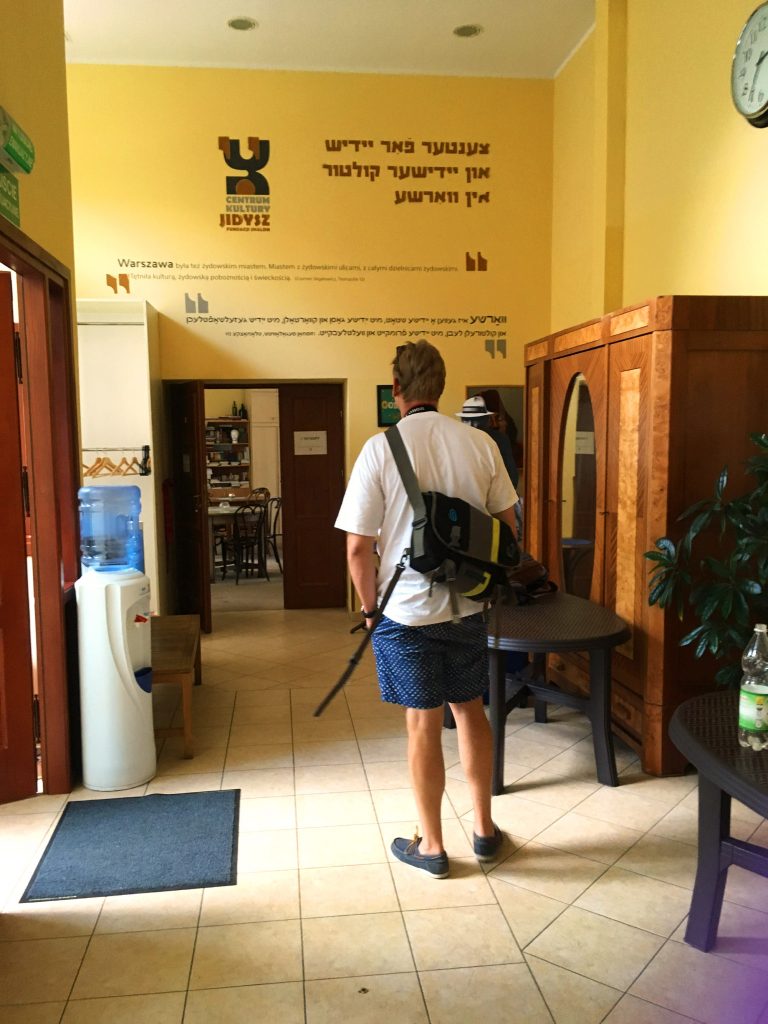 The Center for Yiddish and Yiddish Culture in Warsaw. The text reads, “Warsaw was a Jewish city, with Jewish streets and quarters, with Jewish communities and cultural life, with Jewish piety and worldliness.” Zusman Segalowitch, Tlomatske 13

Even among the Poles at the seminar, the realities of the Holocaust had already been forgotten in favor of the government’s rewriting thereof. Before a group tour at POLIN at the beginning of the course, one of the Polish women in my class told me she loved visiting the museum because it shows that Poles did not commit any atrocities during World War II — only the Germans did (though this could not be further from the museum’s message, in my experience). However, by the end of the seminar this woman — a linguist — had decided that the Poles were indeed active participants in the Holocaust, recognizing the evidence in the near disappearance of Yiddish from Polish society, seen in the dramatic drop in speakers of Yiddish and in creative output such as newspapers, books, and theater.

Learning Yiddish, or any mother tongue of a marginalized people, can offer outsiders a greater understanding of that group, and of how small the differences between people truly are. I know this is true for me; while my family has some Polish roots, I never felt particularly connected to Poland or its people. But during the Yiddish course I felt as if I had found a sort of “home,” a place where non-Jews and Jews alike are keeping the language’s rich history alive. A sheynem dank (thank you) to the Stroum Center for Jewish Studies and to donor Arlene Ehrlich for giving me the opportunity to have this incredible experience.

Learn more about Opportunity Grants of up to $1500 supporting study abroad, language study, and research. Applications are accepted in fall and spring.

Kendra Berry is a Germanics major interested in contemporary social issues and linguistics. She was awarded the Opportunity Grant to attend the 16th Annual Summer Seminar in Yiddish Language and Culture in Warsaw.