Wonder Woman and the superpower of Hebrew 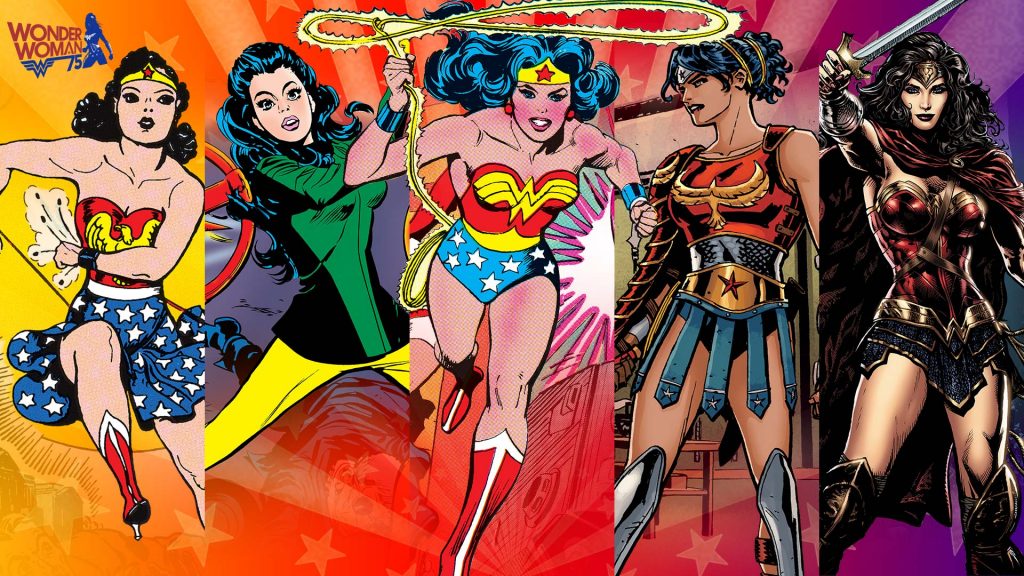 Wonder Woman across the decades. From DC Comics

At a gathering of the Seattle Hebrew Meet-up Group, a friend of mine sports a T-shirt declaring “I Speak Hebrew, What’s Your Superpower?” It’s a wonderful slogan that acknowledges the wonders of Hebrew — a language improbably reborn in modern times, full of creativity and humor. 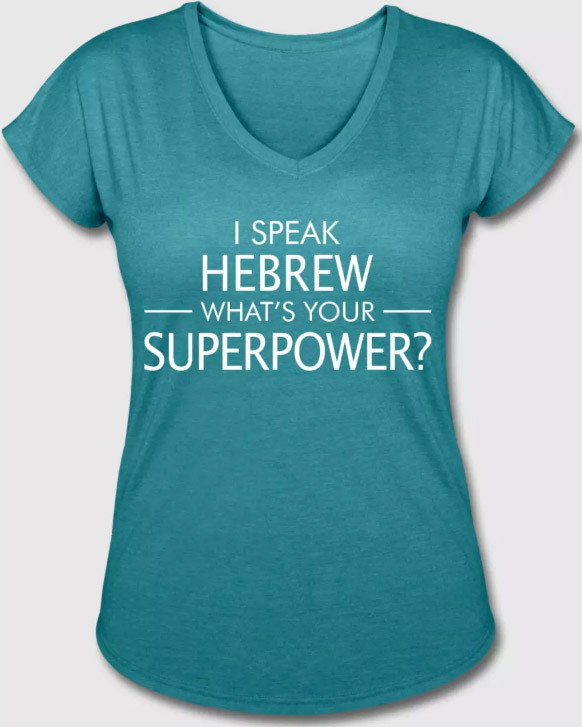 The slogan also comments on the scarcity of Americans who are native speakers of English and have mastered Hebrew. My friend is an exception. Mild mannered and unpretentious, he is nonetheless a talented polyglot. He loves to learn languages and he soaks up vocabulary, pronunciation, and grammatical structures  — all with astonishing alacrity. Which is a good thing for someone who wants to converse in Hebrew.

Modern Hebrew is evolving quickly and constantly posing new challenges. The language itself rapidly soaks up new vocabulary along with changes in pronunciation and grammatical shifts. When it comes into contact with innovative ideas and with other cultures, Hebrew absorbs novelty by coining words, by transliterating foreign expressions, and by wrestling with translation.

Take one example of translation in this wondrous, sometimes nimble, sometimes clumsy, process of linguistic adaptation: Wonder Woman, on Israeli TV, was known as “Eshet Chayil.” That’s a delightfully apt and inexact translation which draws on a phrase from the Bible.

Applied to a contemporary super-heroine, it encompasses a range of connotations. In Proverbs 31, “Eshet Chayil” is often translated as “A Woman of Valor.” However, the root that gives rise to the word chayil can refer to valor (courage), valiance (determination and heroism), or force, particularly military force (hence implying boldness, daring, audacity, and strength), as well as virtue (meaning decency, honor, goodness).

Sometimes chayil is translated as “noble” (implying that the woman in question is worthy, unselfish, generous and/or magnanimous), but in English the word “noble” adds other qualities as well, pointing to someone dignified, respectable, striking, and impressive. Altogether, chayil is one word that covers a lot of semantic ground. It suggests that Wonder Woman possesses, and is capable of, many wonders indeed.

“Eshet Chayil” therefore can serve as a super-concise and efficient reference to a woman of prodigious strengths. The long history of Jewish customs associated with Proverbs 31 adds further punch to the phrase. Since this text is traditionally sung or recited in Jewish households on Friday night (by the man of the house, to honor his wife), “Eshet Chayil” inevitably carries connotations of piety and religious observance. 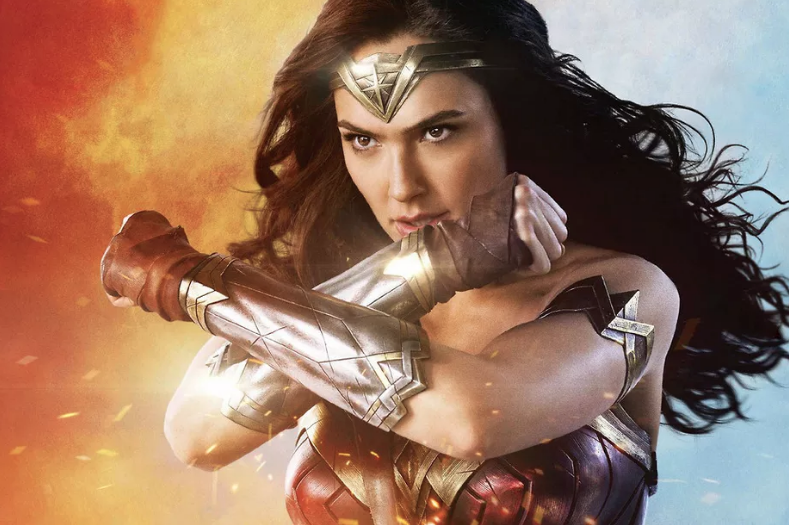 The discrepancy between that image and the image of a scantily clad Amazonian superhero makes for comic discordance. Amusing? Yes. Clever? To be sure. Perhaps too clever. The translation of “Wonder Woman” can instantly make bilinguals smile, but it carries a lot of cultural baggage. No wonder, then, that the recent Hollywood “Wonder Woman” films starring Israeli supermodel Gal Gadot are often referred to in the Israeli press  as “Vunder Voman” (וונדר וומן). The transliteration from English helps the pop culture icon make sense in a Hebrew-speaking milieu. It immediately labels the cartoon character as indisputably herself and none other. She’s a global phenomenon.

Yet the option remains of going with what makes sense within Hebrew tradition, and simply enjoying the surplus of meaning that the phrase “Eshet Chayil” generates. Or, why not do both? We can relish all those dimensions of meaning along with the oscillating dimensions of a cross-cultural phenomenon. Why not have it all?

After all, we’re talking here about a woman who does have it all: she’s capable, beautiful, and powerful. During an impassioned, politicized debate in the media about Wonder Woman as a role model for little girls,  Gal Gadot herself noted, “They say, if she’s smart and strong, she can’t also be sexy. That’s not fair. Why can’t she be all of the above?”

As it turns out, having it all also means having vulnerable traits. At least for Wonder Woman. When not in her super-heroine costume, she reverts to ordinary human capabilities. Going by the alias Diana Prince, she carries on her fight for justice without super powers. Her highly allusive Hebrew name therefore raises the question, should modern women strive to be superwomen or to accept their human limitations?

The phrase “Eshet Chayil” spurs us to reread Proverbs 31 and the multitude of ways that interpreters have understood the text. Some have taken the biblical image of the ever-industrious wife as a prescription for exaggerated gender roles and an ethos of female subservience. Others have seen in it an exaggerated description of a womanly ideal, simply a metaphor that is pressed into service to express appreciation. Others find an allegorical symbol of wisdom.

Part of the power of modern spoken Hebrew — even in its everyday, most ordinary routines and in the setting of popular culture — is that it can spark a cluster of associations. It negotiates constantly between past and present, religious and secular spheres of meaning, Jewish culture and other influences.

Today’s Hebrew encourages us to reconsider traditional texts, and it offers beautifully polyphonic words and phrases in which meanings collide, compete for attention, recombine, subsume, and reinterpret one another.

Read more of Naomi Sokoloff’s thoughts on modern Hebrew in “What We Talk About When We Talk About Hebrew (and What It Means to Americans)” from UW Press (2018), co-edited with Nancy Berg; in our series of short essays on Hebrew & the Humanities; and in her Modern Hebrew blog.

Want to see more articles like this?  Sign up for our newsletter!
⇒ Learn more about the Stroum Center for Jewish Studies at the University of Washington, our Sephardic Studies Program, or our Israel Studies Program.
Note: The opinions expressed by faculty and students in our publications reflect the views of the individual writer only and not those of the Stroum Center for Jewish Studies.
By Naomi Sokoloff|2022-03-03T12:31:21-08:00May 9th, 2018|Categories: Hebrew & the Humanities, Israel & Hebrew Studies, Naomi Sokoloff's Blog|Tags: Faculty Writing, Hebrew, Israel, Naomi Sokoloff|2 Comments