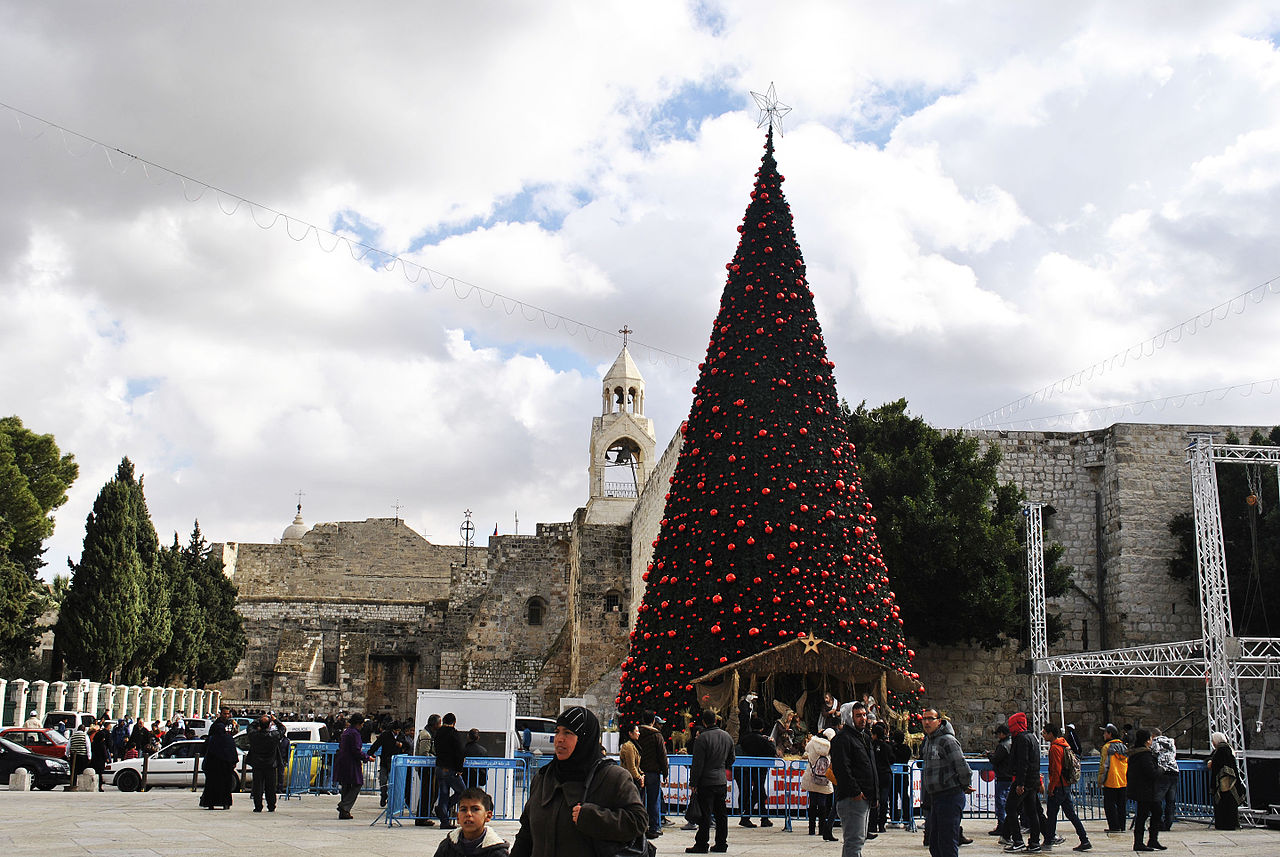 One of the more interesting things I’ve done during my time doing fieldwork in Israel was to visit Bethlehem on Christmas Eve. Although I am not Christian, I still found it amazing to be in such a sacred place that has attracted generations of pilgrims at any time of year, and particularly on Christmas. I’m not sure what I expected traveling into the West Bank for a Christian holiday, but whatever it was, what I found wasn’t it. It was remarkable in wholly different ways from what I’d expected, and because I can’t lose my inner researcher even in holy places, I found it sociologically fascinating.

First, since farmers in surrounding areas still live as shepherds and olive farmers, while the city of Bethlehem may resemble what it might have been like at Christ’s birth, it has imported many symbols of what “Christmas” means abroad, perhaps in an attempt to Westernize and make it feel more “authentic” for tourists. A giant synthetic pine tree stands over the square neighboring the Church of the Nativity, and Santa hats (mostly green and white) abound. The juxtaposition of shawarma stands, streets full of women wearing hijab and little boys selling Christmas tree ornaments blends with the fact that chestnuts roasting on an open fire is the Palestinian idea of Christmas, too. Indeed, chestnuts are native to the area.

The day begins with a parade of bands from Palestinian schools throughout the West Bank. The instruments of choice? Bagpipes and drums. For some reason the overwhelming prevalence of bagpipes surprised me, until I remember the British influence and control of this part of the world from the early part of the 20th century. The bands are fantastic, but as a result of my American upbringing and the four years I lived in the UK, I never associated Christmas with parades. I’m forced to confront the bias in my own thinking: that something that exciting and expected by people here is “strange” to me for Christmas.

Another surprise? The prevalence of clowns. Christmas seems to be something of a carnival, with balloons and street snacks and a surprising number of people with clown wigs and white face paint gathering for the Papal mass. Because both Catholics and Orthodox Christians consider Bethlehem a pilgrimage site, the Christmas schedule in both Bethlehem and Jerusalem alternates between Catholic and Orthodox services–in the same churches, simply shifting the priests and a bit of the décor.

On the whole, the experience highlighted for me the way cultures develop their own meaning for certain events, and how power (in this case tourists from the West and their US dollars) drives changes in local spaces to accommodate and cater to those conceptions. 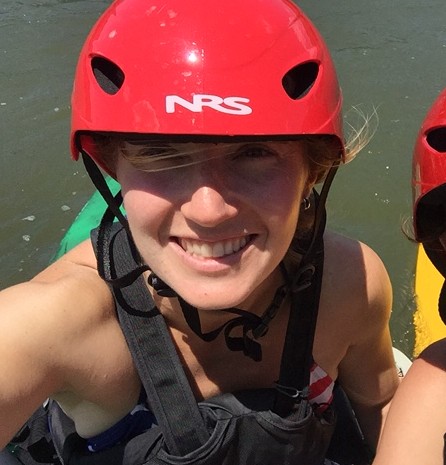 Emily Gade was awarded an Opportunity Grant to support the completion of her dissertation, which focuses on comparative cases of state use of force in conflicts where governments have used violence to quell growing unrest. She will be conducting an online survey of ZAKA and MDA (Magen David Adom) relief workers across Israel, giving generalizability to her qualitative interviews. Emily, who is this year’s Samuel and Althea Stroum Fellow, has already been awarded a position for next year: she received the Moore/Sloan Data Science and Washington Research Foundation in Data Science Post doctoral Fellowship in the Political Science Department at UW.