Connecting to Israel through birds, swamps, and eucalyptus 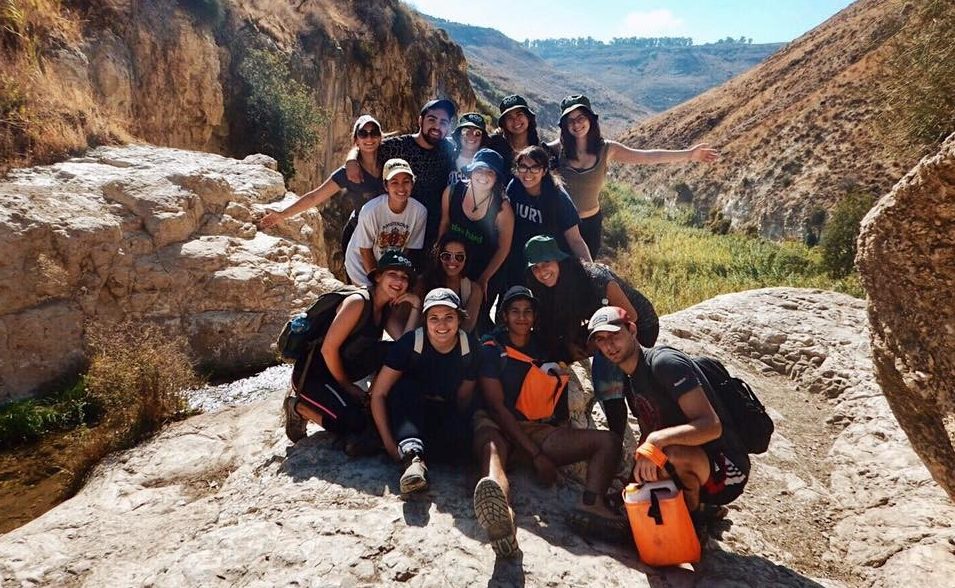 Sara Podwall with her “Israel and the Environment” class at Tel Aviv University.

I grew up with the map of Israel. I traced it in Hebrew School, memorizing its regions and bodies of water. The Galilee and Negev are as familiar to me as the Mississippi River and Grand Canyon. I had visited Israel three times before spending a semester studying through UW Study Abroad at Tel Aviv University (TAU). I’ve been to the Western Wall over a dozen times and floated in the Dead Sea enough to realize it’s not worth the burning eyes. However, a course on “Israel and the Environment” at TAU offered me a completely different perspective on the country, helping me see beyond the sightseeing attractions. I learned to better understand the plants and animals that call Israel home— they mark the country’s history as well as any formal tourist landmark.

Early in the semester, my professor organized a class visit to northern Israel. The trip consisted of hiking the rocky terrain that makes up the Golan Heights with a focus on the Banias River, which runs along the northeast of Israel and feeds into the Hula Lake. We had discussed Israel’s water sources in class, so I was excited to see with my own eyes what we had previously read about.

Riding north on the bus from Tel Aviv, I saw eucalyptus plants that Zionists famously planted during the Second Aliyah. We passed orange groves that the British encouraged young Jews to plant and acidic pine forests that were planted to hold down the soil. I could literally see history in the land; the trees and animals represent the growth of the nation and the physical efforts of its laborers. Although Israel has always felt familiar to me, paying attention to these aspects of the land helped me feel a connection to Israel that I had never felt before.

Toward the end of our trip we visited the Hula, a swamp that is home to much wildlife in Israel. The autumn and winter months are big bird-watching times in Israel. People from around the world visit the Hula each year to watch for migrating birds, and there have been international efforts to help preserve it as a sanctuary. My time in the Hula was particularly powerful since all of the international students studying at TAU gathered to watch these birds pass through Israel on a variety of different routes.

When I decided to study abroad in Israel, I assumed that I would reconnect to my Jewish heritage and brush up on my conversational Hebrew. I had not counted on the power of experiential educational learning such as “Israel and the Environment” to help me see Israel’s history in the physical land—and not just in the valleys and meadows, but also in its cities and urban areas. I am grateful for the new connection this class gave me to Israel, which is something I never would have gotten if not for my time at Tel Aviv University and the support of the Stroum Center Opportunity Grant.