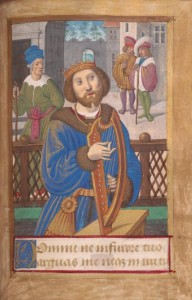 My course, Hebrew in Song (HEBR 457) presents a brief cultural history of Israel through popular music. To examine the central and lively role that songs have played in the shaping of Israeli identity, this class examines a range of diverse lyrics, including selections from folk music, pop and rock music, musika mizrahit, children’s songs and more. Topics covered include the sing-along, army ensembles, song festivals and competitions, the rise of minorities, major poets set to music, outstanding performers and songwriters, traditional and religious sources, international influences, and changes in the media.

For their final project in the course, students make presentations to the class on topics of their choosing. Here, for your enjoyment, are some write-ups of student presentations from Winter 2012:

1) Millicent Haase, “Music and the Power to Connect” – on the fusion sound of Gad Elbaz and Alon De Loco

2) Gabriella Horowitz, “Musical Message of Peace without Politics” – on the band Shotey HaNevua

Editor’s Note: Several more student blogs will be published over the summer and fall, so check back with JewDub for more musical discoveries from Professor Sokoloff’s course!

Naomi Sokoloff is Professor of Hebrew and Comparative Literature at the University of Washington. Click here for more information about UW’s Modern Hebrew and Israel Studies Program.