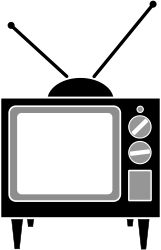 I turn on the television and hear the music to the opening credits. Immediately, I know what television show I will be watching. Why? Those distinctive notes or words have shaped my auditory life: quick associations with useless visuals or credits. As the years progress, my repertoire of television shows continues to expand. Perhaps it’s good. Or perhaps it’s bad as I am now preconditioned to identify a television show solely based on the theme song. As if my mind weren’t overloaded enough, I recently ventured into international television including the shows of Israel.

Theme music is music that accompanies the introduction of television programs, radio shows, or movies and that may or may not have lyrics. Often, theme songs with lyrics may reference situations within the story or plot and set the mood for the show. In the United States, sometimes there is a popular song with lyrics that perfectly fit the story of the show, as with “CSI” and its theme song of “Who are You” by The Who. Other times, songs like “I’ll Be There for You” by The Rembrandts for the television show “Friends” were written for the sole purpose of being an opening theme song.

“Ramzor” tells the story of three best friends from college, who are now in their mid-thirties. Each man appears to be at a different stage of his life, as Hefer is eternally single, Amir lives with his girlfriend Tali, and Eyal (Itzko) is married with a daughter. Each of the men symbolizes the three colors of a traffic light: Itzko is the “red light,” Amir is the “yellow light,” and Hefer is the “green light.” The opening theme song for “Ramzor” is called “Lo Rotze LeHitbager” by Muki and Useless ID. Muki is an Israeli singer and rapper from the hip hop and punk group named Shabak Samech and Useless ID is one of the most successful Israeli punk rock bands. Like the opening song of “Friends,” this song was written for the television show. Interestingly, these musicians got together afterward and created a record.

The song “Lo Rotze LeHitbager,” meaning “I do not want to grow up,” speaks about adult responsibilities such as paying a mortgage, making decisions and reaching compromises. This song addresses the obligations of adulthood like getting insurance and paying taxes. Overall it is very bouncy and light; the narrator of the song does not want to have to compromise his dreams for adulthood. Check out the video:

“Srugim” follows the lives of five single Modern Orthodox men and women in Jerusalem and the word srugim references a certain type of kippah or Jewish skullcap. The show follows a group of friends that include two men, a doctor and a grammar teacher; and three women, a graphic designer, an accountant and a biblical studies major, and their struggle to find love and happiness while being observant Jews in the contemporary age.

The theme song of “Srugim,” called “Ana Efne” (Where Will I Turn), was composed and sung by Erez Lev Ari. His music is part of a new generation of religious rockers and musicians, and this song speaks about the struggle of being religious. For example, within the first lines, the singer grapples with pursuing Jewish laws, yet his passion pursues him. Within his mind, he cannot decide whether he wants to observe Jewish traditions or break laws for love. Rather than be lonely, he begins to reconcile his problem by doing both. View the video here.

Infused with biblical language from Psalms to the Song of Songs, “Ana Efne” identifies this current Jewish struggle with religion and modernity and expresses religious ideas through the modern vehicle of a rock song.

The words in “Ana Efne” have meanings that go beyond the modern Hebrew of “Lo Rotze LeHitbager.” The third and fourth words of the third line of the first verse “I will enter Your gates” references Neilah, the closing service of Yom Kippur, when a Jew’s fate for the year will be sealed. In the chorus, the first and third words of the first line meaning, “Where shall I go, to where will I turn—Le-an Elech, Ana Afne” actually have the same meaning (“where”); however, one word is from modern Hebrew and the other is biblical. In the second line, “How shall I flee, how will I not turn away? —Eicha Evrah, Eich Lo Efne,” the first word, Eicha (“How”) is also the name of the Book of Lamentations. This word differs from the modern word for “how,” which is also the third word in the second line. Also, the fifth line in the chorus echoes the prayer for the Hanukkah miracles when it says “days of yore and modern times—bein ha-yamim ha-hem lazman hazeh.” The last line of the chorus, “between the world to come and this world —bein ha-olam ha-ba la-olam hazeh,” references the messiah or the messianic era: a concept very important in Judaism, as Jews wait for the world to come. 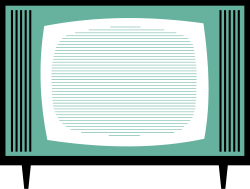 Both “Lo Rotze LeHitbager” and “Ana Efne” are fantastic theme songs for popular television shows, as both the television programs and the songs have complicated meanings. For me, an opening song can make or break a television show and I thoroughly enjoy listening to both of these songs.

Abigail Gluck is a dual major in Statistics and Jewish Studies with a minor in Mathematics. Sometimes she needs some down time, so she watches television. For this course assignment she ventured into international television and explored Israeli TV shows.

Want to see more articles like this?  Sign up for our newsletter!
⇒ Learn more about the Stroum Center for Jewish Studies at the University of Washington, our Sephardic Studies Program, or our Israel Studies Program.
Note: The opinions expressed by faculty and students in our publications reflect the views of the individual writer only and not those of the Stroum Center for Jewish Studies.
By Naomi Sokoloff|2017-09-04T22:42:55-07:00August 1st, 2012|Categories: Hebrew Student Writing, Israel & Hebrew Studies|Tags: Culture, Hebrew Student Writing, Israel, Music, Sokoloff, Winter 2012|0 Comments