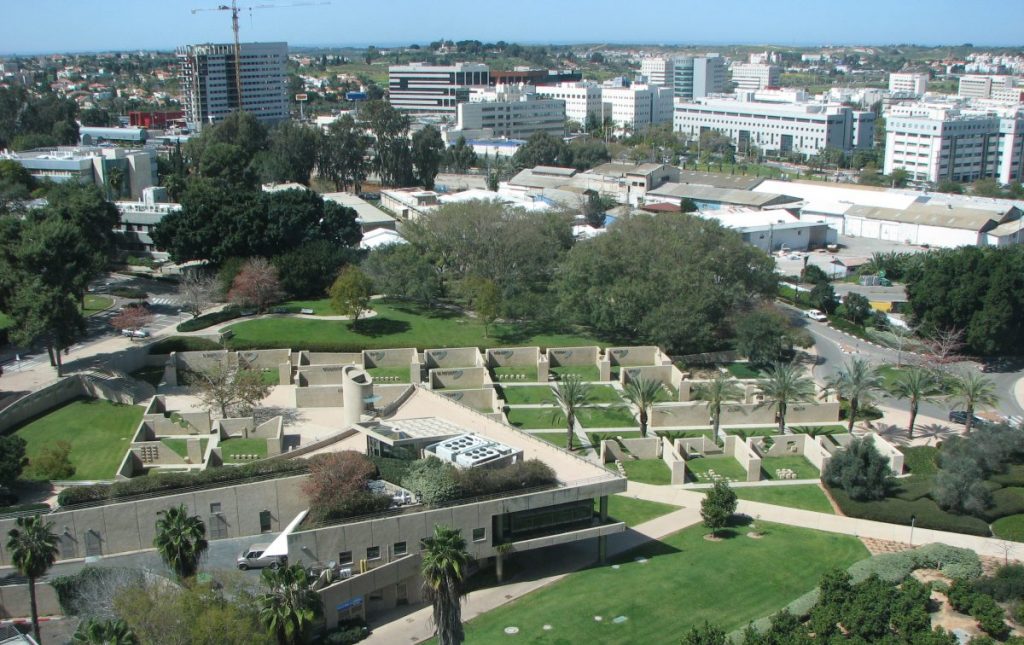 In the summer of 1990, my family embarked on the first of many visits to Rehovot, Israel. My father was taking a sabbatical to conduct a year of laboratory research at the Weizmann Institute of Science, and my mother, siblings, and I went along for the ride. We lived in a beautiful white apartment building on Rehovot’s Hanasi Harishon (the first president) Street. It was a sort of United Nations of scientific families hailing from all over the world. To get to Behor Levi Elementary School, we walked past a grove of grapefruit.

My Hebrew level during that first stay was not anywhere near fluent. I had learned beginners’ Hebrew at my modern Orthodox Sunday school in Virginia, but had never really used it in conversation. At Behor Levi I spent most of my school day in a regular kitah vav (6th grade) classroom, but left class a few times a week for ulpan. There I learned Hebrew alongside several new Russian immigrants, reflective of the huge influx of former Soviet Jews who swelled Rehovot’s population in the early 1990s.

My parents arranged for us to have supplementary Hebrew instruction with a kindly older gentleman named Meir Benjamin. He was part of a network of Anglo-Israelis of my grandparents’ generation who had immigrated to Israel from Zimbabwe or South Africa in the 1960s and ’70s. With Mr. Benjamin’s help, my grasp of the binyanim (verb conjugations) materialized in solid, logical form, and I found myself able to converse and write more fluently as the year went on. I spoke Hebrew when I played dodgeball, which was all the rage on the playground that year; and I spoke Hebrew when I navigated the social scene.

While digging around in my father’s study on a recent visit home, I found a green plastic bag at the bottom of one of the bookshelves. It contained my mother’s ulpan notebooks. Somehow I had forgotten that she was also studying Hebrew while we lived in Rehovot. I guess I was too busy playing dodgeball and learning the lyrics to Mashina songs to notice. 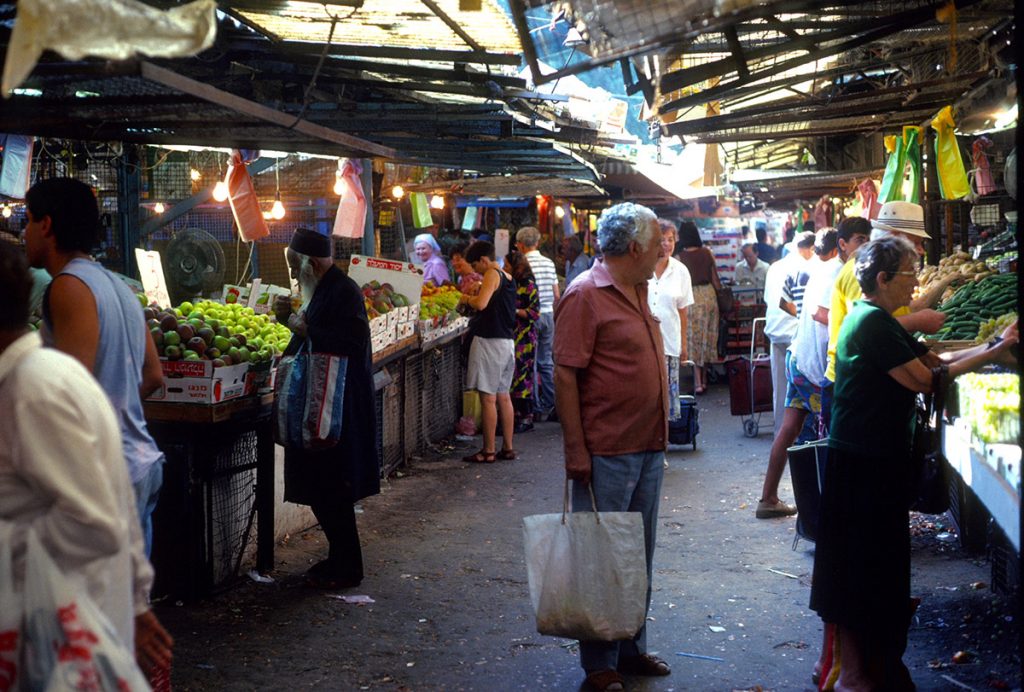 The author’s mother (center) picks produce at the shuk in Rehovot, Israel, in August of 1990. Photo by Martin Graham.

Flipping through my mother’s neatly written notes, I spotted an important list at the back of one legal pad: Hebrew words for all the fruits she needed to buy at the shuk. Anavim—grapes. Tapuzim—oranges. I also gained a sense of what topics her ulpan teacher covered, and hints at what kinds of things my mother wanted to be able to say. She wrote down how to ask for things at the bakery and how to talk about the weather and the economy. Hakalkalah lo tovah—“the economy isn’t good.”

In a section of notes about constructions using yesh and ein (“there is” and “there isn’t,” words that are also used for expressing possession), my mother had written a series of sentences all starting with the phrase yesh li zman (“I have time”) plus the infinitive form of verbs. I smiled as I read, “I have time to make sandwiches for my children,” remembering the many varieties of pita sandwiches that accompanied us to school that year, lunch serving as a familiar ritual while we acclimated to our surroundings.

I started to pack the ulpan materials back into the plastic bag, but then my eye caught another line on the same sheet of paper, written in Hebrew and English: Ani ohevet et hayeladim sheli—“I love my children.” Four words in English, but five words in Hebrew, necessitated by the transitive particle et. The very grammar of relationship in Hebrew emphasizes, with that extra word, the active quality of emotional possession.

This page came back with me to Seattle, where I now write my own grocery lists, talk about the weather, and have time to make sandwiches for my children. Usually.

Hannah S. Pressman contributed a chapter about Hebrew and the community to What We Talk About When We Talk About Hebrew (and What It Means to Americans) (UW Press 2018), edited by Naomi Sokoloff and Nancy Berg. She also participated in our series of short essays on Hebrew & the Humanities.

Want to see more articles like this?  Sign up for our newsletter!
⇒ Learn more about the Stroum Center for Jewish Studies at the University of Washington, our Sephardic Studies Program, or our Israel Studies Program.
Note: The opinions expressed by faculty and students in our publications reflect the views of the individual writer only and not those of the Stroum Center for Jewish Studies.
By Hannah Pressman|2018-07-06T14:18:28-07:00July 6th, 2018|Categories: Hebrew & the Humanities, Israel & Hebrew Studies, Personal History|Tags: Hannah Pressman, Hebrew, Israel|1 Comment