Music and the Power to Connect 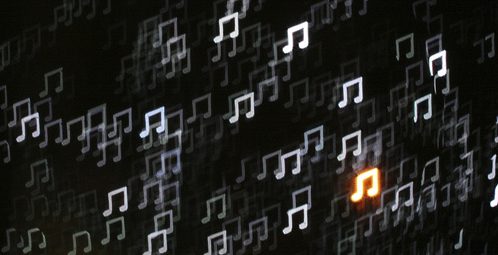 “Music note bokeh”: image from all that improbable blue, courtesy of Flickr and Creative Commons.

Music in Israel has been a site of constant experimentation, navigation, re-negotiation, and exciting exploration, as new styles and techniques are introduced and integrated into the musical milieu of the country. Israeli identity is rich and vast, for citizens and visitors to the state hail from multiple points of origins around the world, and Israel’s musical scene reflects this fact. With cultural musical influence from the Middle East, the Mediterranean, Asia, Africa, Europe, the U.S, or Latin America, to name merely a few, the musical scene is one of tremendous variety and flavor. One instance of musical fusion and collaboration with a variety of global influences, which retains decidedly Israeli identity as something to be celebrated,  is the work of Israeli artists Gad Elbaz and Alon de Loco, who perform in Hebrew.

In their musical collaboration, Gad Elbaz and Alon de Loco draw together the styles of the Middle East, American Hip Hop, and a Latin American flare. In the hit linked here, “Halaylah Zeh Hazman” (Tonight is the Night), one can hear the various global influences in the music of the song. Notice that the song opens with a Latin-infused guitar rift, before breaking into hip hop beats, followed again by a Latin American-fused chorus. The Latin American influence on Israeli music became quite significant following the 1960’s, particularly in the 70’s, 80’s and onwards, due in part to significantly more travel to the region, particularly of young Israelis following their army service.

Moreover, both Israeli and religious identities are held strong and true, in a new and unique way. In “Halaylah Zeh Hazman,” particularly, one can hear the religious tones of the song in such lines as: “Hu natan li et kol ha-koach,” “He gave me all the strength,” in reference to God, and “ligrom lachem lirkod,” “To cause you to dance.” It’s a fast-paced, upbeat, optimistic song, with references to God and religion threaded throughout.

The aim of Elbaz is to bring the religious and the secular together in new and innovative ways: namely, by combining original and biblical texts together in lyrics, and then setting these lyrics to hip and upbeat music, oftentimes global in influence. According to Elbaz, he seeks to bridge the gap between differing points of views, through music.

Gad Elbaz, born 1980 in Israel, is a Jewish singer and songwriter, with such hits as the above, “Halaylah ZehHazman,” and “Or” (“Light”), again, a song with which Elbaz worked in collaboration with Alon de Loco. The video can be viewed here. This song, much like “Halayla Zeh Hazman,” offers a mix of hip hop and Latin American beats, while maintaining and supporting Israeli and religious identity. Find out more on Gad Elbaz.

Millicent Haase is a Comparative Religion graduate student, studying the different ways religion is engaged in new and innovative ways. One such way includes the bridging of religion to popular culture, through music.