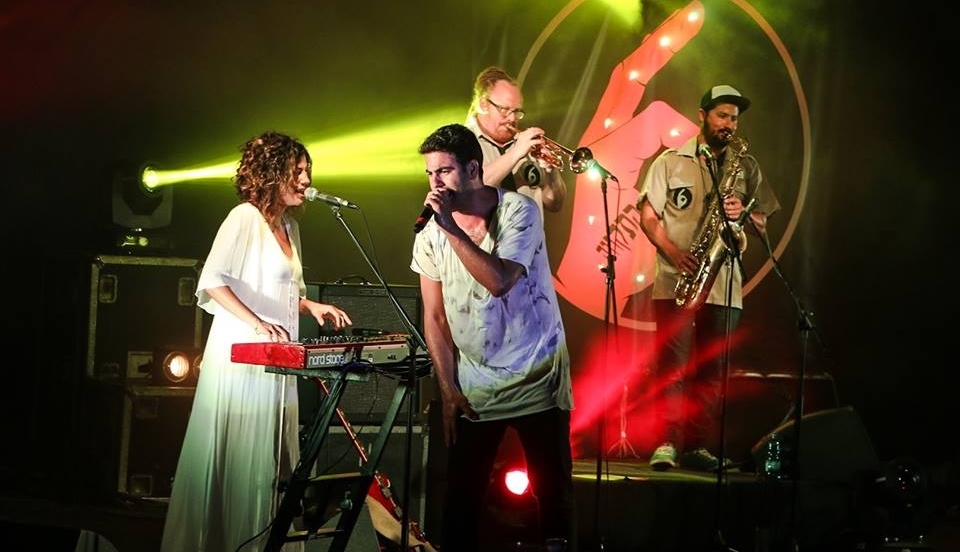 If one were to think about typical Jewish reggae music, the first artist that probably comes to mind is Matisyahu, the man who combined Orthodox themes and songs with reggae, hip hop and rock — typically in English, with some Hebrew or Yiddish lyrics here and there. If you ask an Israeli today, who is the face of Israeli reggae, the answer would no doubt be Hatikva 6. Consisting of siblings, Omri (lead singer and guitar) and Shelley (keyboard & vocal) Glikman as well as Michael Guy (bass) and Ron Linial (drums), they decided on their name based off the street addresses where the Glikmans grew up in Ramat Hasharon, Hatikva 6. Little did they know that Bob Marley also grew up on Hope Street in Kingston, Jamaica, which they discovered while visiting Jamaica. Once they found out, there was a clear connection and inspiration.

Hatikva 6 has become popular in the Israeli music scene using Hebrew, English and French in their songs, with lyrics relating to the social, political, and religious aspects of Israeli life. 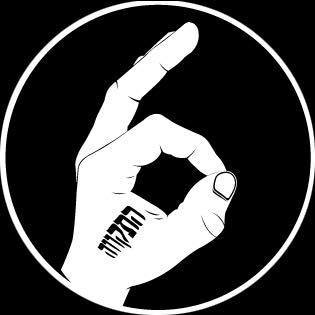 Logo for the Israeli band Hatikvah 6.

In 2007 they released their first single  “Im Efgosh et Elohim” or translated into English “If I Meet God,” and it became a hit. It is comprised of a series of questions that one might ask God. They combine more serious questions such as “are we all alone in the universe”, and “do you know where we land after death”, as well as more light-hearted ones such as “what did you do last night?” or “is the thunder your voice?”. The song which is addressing God uses various different names including, “God,” “Allah,” “Ja,” “Dieu,” and “the king of all kings,” representing many religions.

Not only does this song have a great beat that keeps with typical reggae style, it also accepts and validates everyone’s own opinion of God. The questions that are being asked may be questions that listeners have asked themselves, yet they also could be questions that the audience hadn’t thought about. However, what this song emphasizes is not finding an answer, but rather the importance of asking the question. By using the different names of God, Hatikva 6 allows for this song to be accessible to anyone and everyone. It shows how God is perceived in religions in different ways, and within religions there are many interpretations of God. The song promotes the idea that there isn’t one correct relationship with God, but rather that each relationship is personal.

Here is a video of one of the band’s more recent hits, “B’Olam Shelah” (In Your World):

Now with four albums to date, and a few singles Hatikva 6 is gaining momentum in the music industry. In 2007 they released their first self-titled album, which caught the public’s eye instantly. In 2008 they participated in Israel’s national project called “Avoda Ivrit” celebrating 60 years of Israel, where they recorded the song “Ani Ashir Lach Shir” or “I will Sing You a Song.” The band’s second album Afrokaliptus was released in 2009 and had collaboration with international reggae stars such as Anthony B and I-Noah. And most recently they have been at the top of the music charts in Israel with the songs “B’Olam Shelah” and “Mah sh’eheyeh eheyeh.” Despite being compared to Matisyahu because of similar sounds and connection to Jewish heritage, Hatikva 6 is making their own mark releasing upbeat, meaningful reggae songs and showing that there is hope for the success of reggae music in Israel.

Gaby Natelson heard about Hatikva 6 from her co-worker when she was staffing a summer program in Israel. Her interest in Israeli music was sparked through her years of attending summer camp where every summer they had a mini music festival exposing her to different Israeli music.