Should the Ban on Spinoza Be Lifted? 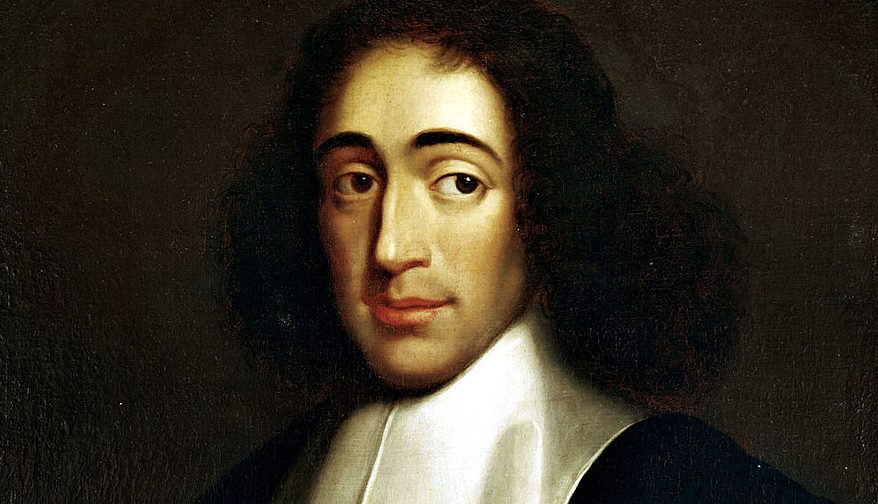 By Daniel B. Schwartz

Scholars continue to debate exactly what Baruch Spinoza (1632-1677) did to warrant excommunication by the Sephardic community of Amsterdam in 1656. If we assume that by that point Spinoza already espoused certain principles of his mature philosophy—including his rejection of a supernatural God who acts with will and purpose, of the divinity of Jewish law and the continued chosenness of the Jewish people, and of biblical authority—the reasons for his ban would be utterly unmysterious. Not a single Jewish congregation in the world at that time would have done any differently.

Today, however, more than 350 years after his expulsion, Jewish attitudes to the most famous excommunicated heretic in Jewish history are more ambivalent. Echoing earlier appeals by the Hebrew literature scholar Joseph Klausner in 1927 and the first Israeli Prime Minister David Ben-Gurion in 1953 to restore the Amsterdam philosopher to the Jewish fold, there have been quite a number of events in recent years (including one in Amsterdam itself just over a year ago) devoted to revisiting, and even reversing the cherem on Spinoza. These efforts must be understood against the backdrop of a rehabilitation of Spinoza in Jewish culture that began in the nineteenth century and aroused considerable controversy from the start. 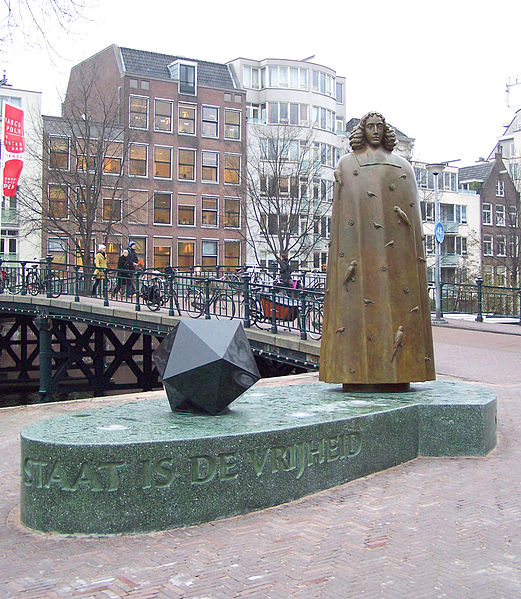 Amsterdam commemorated Spinoza with a statue in 2008. Via Wikimedia Commons.

To use a modish term, we might say that the battle within modern Judaism over Spinoza’s Jewishness was a clash over “Jewish values.” On one side, Spinoza’s partisans cast him in the mold of a prophetic rebel and proto-reformer, as someone who epitomized the allegedly Jewish values of criticism and dissent. On the other side, his detractors castigated him for the sin of disloyalty, for his purported maligning of Judaism in the Theological-Political Treatise (1670), and for ultimately turning his back on his religion and people.

By now, the energy has largely gone out of this particular fight. Even if Spinoza’s image and ideas still remain non grata in the ultra-Orthodox world, and even if many would continue to recoil at an official “pardon” for Spinoza, the former arch-heretic in general no longer provokes strong passions among Jews in the way he once did. To share a personal anecdote, a few years ago I gave a devar torah on Spinoza on Shabbat morning at an Orthodox shul. No one batted an eye.

Yet in spite of this cooling of tensions and my own sympathy for Spinoza, I remain leery of any kind of formal reconciliation and amnesty for him. Even if we could be sure that rehabilitating Spinoza would conform to his own wishes (which is by no means certain), I question whether doing so might not create the false impression that we are not still haunted by the problem of heresy.

If the past couple of years in American Jewish communal politics has taught us anything, it is that we are still as divided over what constitutes Jewishly-sanctioned views and opinions as ever. At least since the years leading up to the Civil War, it is difficult to think of a presidential election that featured as bitter a quarrel over which candidate’s persona and platform better embodied Jewish values as last year’s race. While the majority of American Jews opposed Trump as a demagogue whose populist message, appeal to the “alt-right,” and personal history of racism and misogyny were totally at odds with their Jewish values, there were many who voted for him believing he would be more “pro-Israel” than his predecessor. I doubt any of the synagogues—Reform, Conservative, or Orthodox—in which I have spoken about Spinoza from the pulpit would have similarly welcomed a harshly critical sermon about Israeli settlements or the occupation.

Whenever debate surfaces over the legitimate bounds of criticism of Israel within the organized Jewish community; whenever the fidelity of the Jewish writer or intellectual to the larger Jewish society is put into question; whenever, in short, the values of Jewish universalism and particularism appear to clash—at those moments we are reminded that the “Spinoza problem” is not really past. To pardon Spinoza, however symbolically, would be to miss what makes him so profoundly relevant to the controversies over “Jewish loyalty” and “Jewish values” and simply “Jewishness” that, like the fascination with Spinoza itself, show no signs of abating.

Daniel Schwartz specializes in modern Jewish and European intellectual and cultural history. His first book, The First Modern Jew: Spinoza and the History of an Image traces the shifting image of the seventeenth-century Dutch Jewish philosopher Baruch Spinoza in modern Jewish culture. It was co-winner of the 2012 American Academy for Jewish Research’s Salo Wittmayer Baron Prize, and a finalist for the 2012 National Jewish Book Award in History. Professor Schwartz is currently working on a new research project, a genealogy of the ghetto that traces its evolution as a word, concept, metaphor, and place in both Jewish history and beyond Jewish contexts as such.  His research interests include Jewish historical consciousness, early modern and modern Jewish identities, and Jewish intellectuals.

This post was written as part of the Spinoza & Modern Jewish Philosophy Conference, which will be held in conjunction with the 2016-2017 Stroum Lectures on May 21 and 22, 2017. Learn more at the conference webpage, or register for the Stroum Lectures, which will also explore Spinoza’s legacy.