The Jews of medieval Iraq and Kurdistan: Surprising insights from Rabbi Benjamin of Tudela’s 12th-century geography 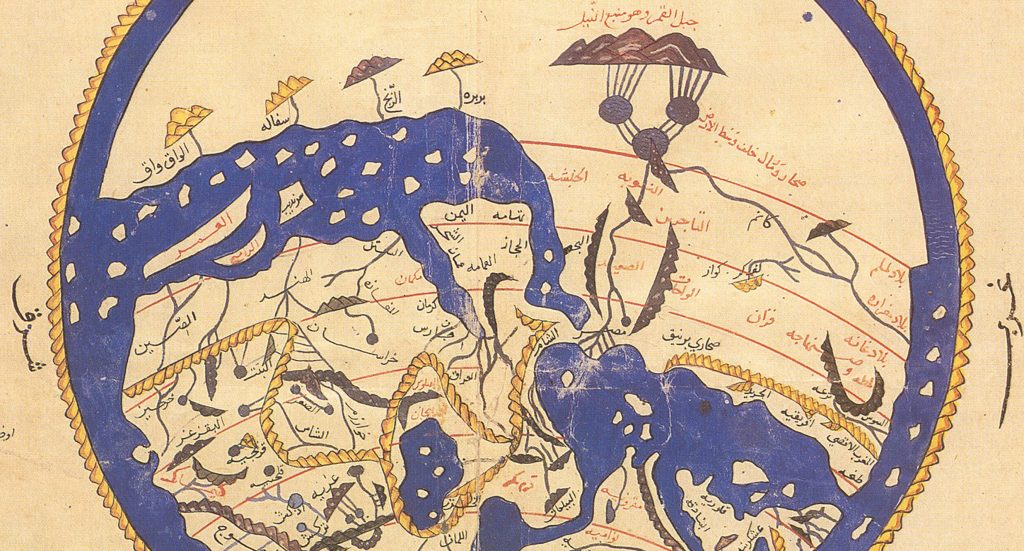 World map created by geographer Muhammad al-Idrisi for King Roger II of Sicily in in 1154, contemporary with traveling rabbi Benjamin of Tudela. Via Wikimedia Commons.

During his travels through Europe and the Middle East, the twelfth-century rabbi Benjamin of Tudela stopped in two of the major world capitals of his day — Constantinople and Baghdad. In Constantinople (present-day Istanbul, Turkey), the center of the still-powerful Byzantine Empire, he noted that the local Jews were treated as undesirables and banished outside the protection of the city walls:

No Jews live in the city, for they have been placed behind an inlet of the sea. [T]heir condition is very low. . . the Greeks hate the Jews, good and bad alike, and subject them to great oppression, and beat them in the streets. . . Yet the Jews are rich and good, kindly and charitable, and bear their lot with cheerfulness.

It is a picture that could have found an echo in many of the cities across Europe at the time, where long-held restrictions were rapidly escalating into violence. But as Benjamin’s travelogue suggests, ­­­not all medieval societies were so oppressive towards Jews, and in some places Jews enjoyed considerably more freedom than they did in Christian-ruled lands.

The Jews of Baghdad

When Benjamin reached Baghdad, the center of the ʿAbbasid caliphate, he marveled at how free, comfortable and easy the lives of the Jews were. Rather than the 2,500 Jews who lived on the fringes of Constantinople, Benjamin reports 40,000 living in Baghdad. He writes glowingly of the twenty-eight synagogues which were spread throughout the city and how beautiful and richly decorated they were: “The great synagogue of the Head of the Captivity has columns of marble of various colors overlaid with silver and gold, and on these columns are sentences of the Psalms in golden letters.” 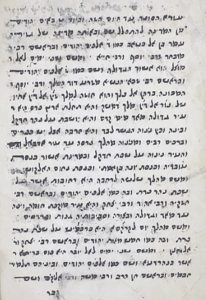 He dwells even more fondly on the respect shown to Jewish officials and institutions by the Muslim caliph, commenting that Muslims of all ranks as well as Jews paid homage to the Exiliarch, the head of the Jewish community, and that Muslims came to pray at the Jewish shrine of the prophet Ezekiel outside of Baghdad, a practice also noted by his contemporary traveler Petachia of Ratisbon. As elated as he was with the wealth and influence of the community, this sense of dignity and civility towards Jews was what stood out to Benjamin as the defining feature of Jewish life in the heart of Islam.

Benjamin’s description of Jewish culture in Baghdad glosses over the real tensions that existed and persecutions that occasionally took place in the city. Though far more generous than Europe in its treatment of Jews, medieval Baghdad also saw violent backlashes and repression against its Jewish community.  Writing in the 13th century, the historian Bar Hebraeus describes incidents in Baghdad such as Jews being forced to wear heavy plaques inscribed with chicken claws around their necks to indicate their Jewishness, as well as the massacre of Jews at the hands of a violent mob.

These outbreaks of violence served as a reminder that Jews were still dependent on the goodwill of the dominant culture, no matter how tolerant it might be. Despite this, Baghdad would remain a center of Jewish culture for more than seven hundred years after Benjamin’s visit. Well into the 1920s, British census figures showed that more than a third of the city’s population was Jewish.

The Jews of Kurdistan

But something else about Jews in the Islamic world captivated Benjamin’s imagination just as much: Unlike Europe, where Jewish landholding was comparatively rare and the vast majority of Jews lived in cities and towns, most of the Jews of the Middle East were rural. They particularly thrived in the mountains in the north of the caliphate, in present-day Kurdistan. 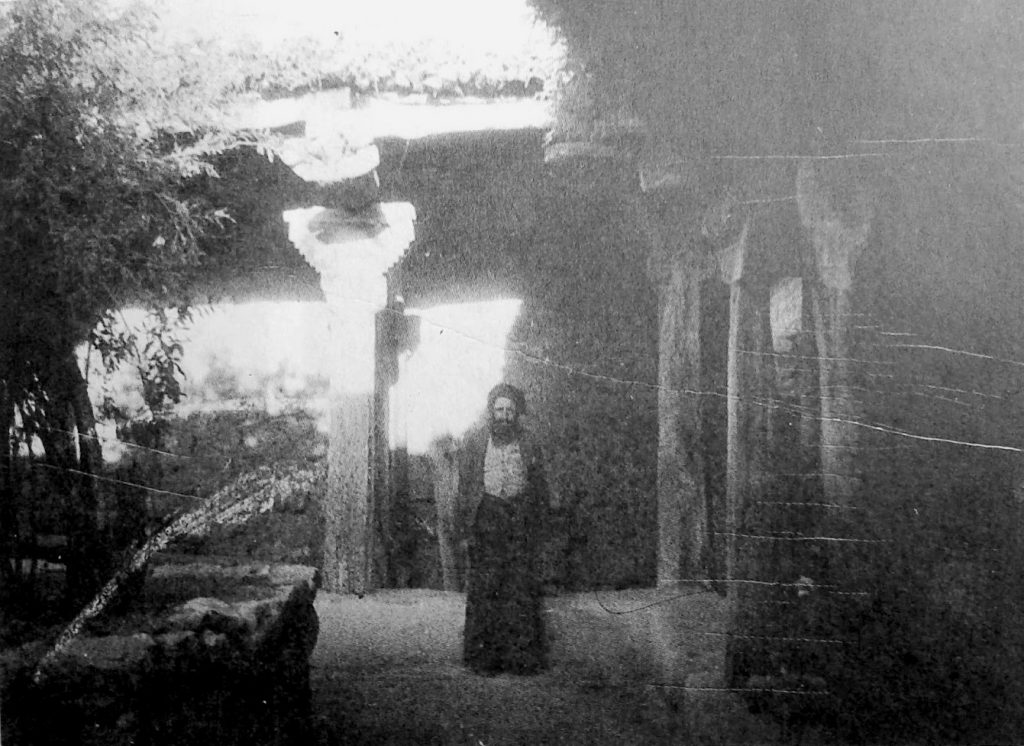 In comparison to the 40,000 Jews who lived in Baghdad, a major capital, Benjamin mentions that there were 25,000 in Amadiya, encompassing a much smaller town in the mountains and its surroundings, and that Jewish villages stretched for miles across the mountains, “from the province of Amadiya to the province of Gilan, twenty-five days distant.” As with other medieval authors, Benjamin’s numbers are to be taken only very loosely, but other contemporary writers, such as the Muslim geographer al-Muqaddasī, lend support to Benjamin’s general picture of widespread Jewish settlement, commenting that in parts of northern Iraq and western Iran there were more Jews than Christians.

Just as Islamic law permitted Jews to flourish in the cities, the rugged topography of the north created the groundwork for yet another kind of Jewish culture, one which was, in Benjamin’s description, fierce and independent. While Jews were banned from carrying weapons by both Islamic and Christian law, Benjamin claimed that the mountain Jews were known for their prowess in battle and fought alongside, and sometimes against, local Muslim lords. One man bragged to him that although he had been captured and enslaved by the Muslims, they had asked him to convert once they saw his skill as an archer.

While those who lived in the larger settlements paid the regular jizya tax that Islamic law levied on non-Muslims, a few communities lived too high in the mountains to be reached by the tax officials and were known for swift and sudden raids on the lowlands, a pattern attested in other highland settlements of the region by Syriac Christian writers. A Jewish rebellion ten years prior to Benjamin’s arrival remained etched in local memory for its efforts to unite the Jewish mountain settlements in a quixotic attempt to retake Jerusalem – at that time part of the Crusader Kingdom of Jerusalem – and reintroduce Jewish rule to Israel. 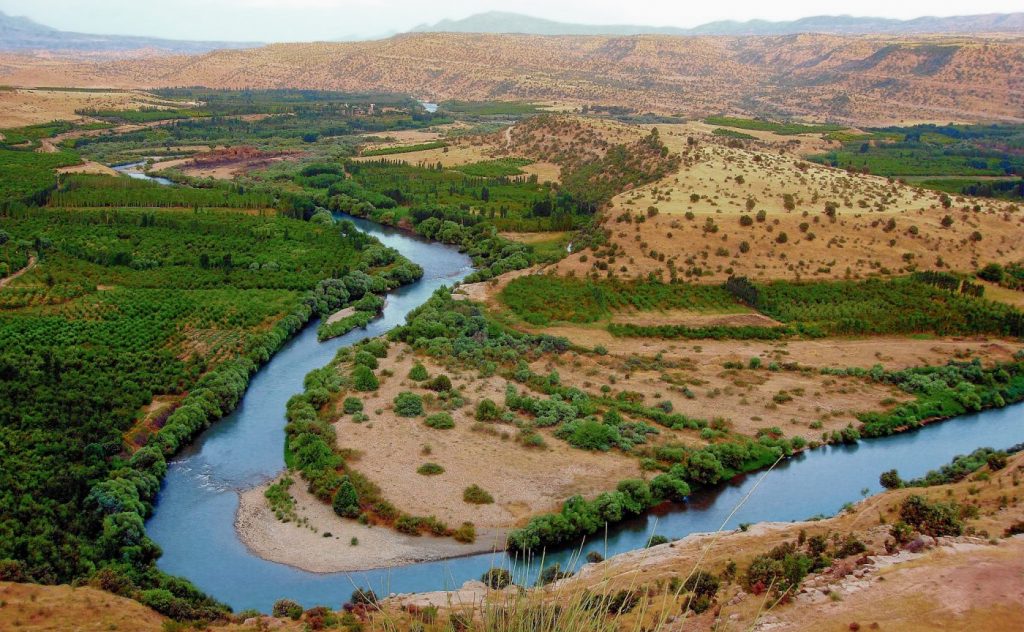 The Greater Zab River near Erbil in Iraqi Kurdistan. Via Wikimedia Commons.

Lest his readers think that these Jews were uncivilized, Benjamin also notes with interest that they spoke a dialect of Aramaic similar to what he had read in the Targum (Aramaic versions of the Torah) and that they were as learned in Jewish law as their cousins to the south.

In summarizing the lifestyle of the Jews in the mountains, Benjamin simply wrote, “The yoke of the Gentiles is not upon them,” a phrase that captures as much unspoken sentiment and yearning as his descriptions of the wealthy and educated Jews in the lowland cities.

If the Jews of Baghdad had reached heights of culture and respectability unknown in Western Europe, those in the mountain villages held a level of independence that evaded both.

Expanding our vision of Jewish history

The modern historian Salo Baron has famously commented that it is difficult to break out of the habit of telling the story of Jews and the larger society as a “lachrymose history” – in other words, to frame the past as more than the constant series of setbacks, betrayals, and oppression that have so often marked the Jewish experience.

For all its imprecisions, Benjamin of Tudela’s mapping of the Middle Eastern Jewish world offers one alternative to that framing. His lists of numbers and places vividly illustrate that Jews from the regions of present-day Iraq and Kurdistan – now a tiny and understudied part of the Jewish diaspora – were once just as widespread and populous as their Ashkenazi and Sephardic counterparts, spanning a vast area and comprising incredibly different lifestyles and cultures.

Mesopotamia has been the source of many of the enduring contributions of medieval Judaism to the world – from the Talmud to medieval philosophers, astronomers, and historians. But for Benjamin, the communities of Baghdad and present-day Kurdistan represented not just intellectual achievement, but two alternative ways in which Jews could live and thrive in settings far removed from the restrictions of medieval Europe. He could take the stories, if not the society, back to his home in Europe. 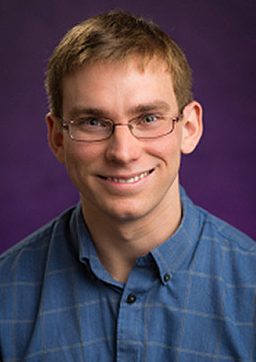 Jeffrey Haines is a fifth-year doctoral candidate in the University of Washington’s Department of History, having previously completed a double B.A. in history and classics at the University of Massachusetts Amherst and an M.A. in early Christian studies at the University of Notre Dame. His dissertation, “Mosul’s Hinterland: Village and Monastery in Early Islamic Mesopotamia,” examines the history of the rural, multi-religious communities that flourished on the northern edge of the Islamic caliphate through the lens of Syriac monastic histories. As a graduate fellow in Jewish Studies, he will focus on the folklore and culture of the Jewish villages that have existed side by side with Christians, Muslims, Yezidis, and Zoroastrians in this region for centuries.