An illustration from a Hebrew primer, “Sefat Yisrael,” published in Canada in 1961. The Hebrew caption reads “Todah Morah” (Thanks Teacher). Image courtesy of Hannah Pressman.

The answer seems so obvious that the question never gets asked. After all, haven’t we seen the latest Pew survey revealing that soon there won’t be any American Jews left anyway? How much can one expect from a community on life support?

I don’t buy this. The reason American Jews don’t learn Hebrew is because they think they can’t. And I understand why. For much of my life, Hebrew scared me. This became rather inconvenient while I was pursuing graduate studies in Hebrew literature. But I had reasons to be scared.

From childhood I had an intense interest in Hebrew, whose earliest origins were in my mother’s artwork. My mother, a Ph.D. in Jewish studies with a talent for watercolor, created abstract paintings illustrating lines from the Torah and liturgy. She incorporated these verses into her paintings in Torah script—which I, at twelve, learned to read well enough that I became the regular Torah reader for a children’s congregation. Hebrew liturgical phrases became woven through my imagination, often resonating in my daily thoughts. I did not experience this with their English translations, which felt strangely distant to me; my encounter with this “original” Hebrew was so immediate that I later fully appreciated the Hebrew poet Bialik’s comment that reading in translation was like kissing a bride through a veil.

As I got older, I studied Hebrew at every opportunity I could find. These included afternoon Hebrew schools, where I was generally the only student who cared; Jewish summer camps, where Hebrew was largely restricted to public announcements; and later a JCC Ulpan class, where at 15, I was the only student who wasn’t retired. In college I found that my Hebrew was good enough to do what I really wanted to do: slog through Hebrew literature to find authors who lived a modern life while hearing ancient verses in their heads. Fortunately I found them. What I didn’t find was confidence.

You see, I already knew that I could never actually learn Hebrew—real Hebrew, fluent Hebrew, Hebrew where you could understand Israeli TV—simply because only three kinds of American Jews were allowed to learn Hebrew, and I wasn’t any of them.

[immigrated to Israel]. Second, I never lived in Israel and had no relatives there. My parents had no reason or ability to take me and my three siblings to Israel for more than a weeklong American-run bus tour. I later spent some summers there as a teenager, but my parents’ unfamiliarity with the country meant that they only sent me on American-run programs, hermetically insulated from Hebrew. And third, I never went to a Jewish school. It was clear to me from public school that there were methodical ways of learning languages. In French I progressed from one level to the next, with many tests along the way to ensure I mastered the material. I assumed that a similar method existed for Hebrew in Jewish schools (I now know this is often untrue). But since I never went to a Jewish school, I found myself in different informal Hebrew classes each year with no consistent program. In my entire life, no one ever tested my Hebrew.

That year I was invited to participate in an international Jewish writers’ conference in Jerusalem. On the first night, the conference hall buzzed with excitement, and also with equipment: everyone’s remarks were being translated simultaneously over headsets into either Hebrew or English. As I entered the hall, I put on an English headset. I needed it, didn’t I? But I quickly found myself distracted by the voice in my ear, and yanked it off. Soon it would be my turn onstage—with another American, two Israelis, and an Israeli moderator who would ask all the questions in Hebrew. I’d wear the headset onstage, I figured. How could I not? What if the moderator or another panelist said something I didn’t understand, and I came up empty in front of 500 people? But as I listened to my fellow writers in the discussions leading up to mine, I thought, lamah lo [why not]?

I went onstage without a headset. During the five-day conference, I was the only American to do so.

It is now very unclear to me why more American Jews do not learn Hebrew. The excuses about assimilation and so forth do not explain why already-committed Jews do not learn Hebrew better, or why we are letting supposed impossibilities stand in our way. And now is exactly the moment when a massive initiative encouraging diaspora Jews to learn Hebrew might actually work. With Israel’s high-tech energy, and with the Israeli government’s eagerness to draw in diaspora Jews, shouldn’t there be an app for that?

As I worked through options for my own children’s Hebrew education, I considered buying the Hebrew version of the commercial language software Rosetta Stone. But why should I have to buy an expensive program which was created without a thought to Jewish culture and which isn’t particularly suitable for children? In a community this creative, shouldn’t there be iPad games and online apps and new learning opportunities that every Jewish kid will want to do, to learn the language they don’t yet know is theirs? Why are there still only three kinds of American Jews who are allowed to learn Hebrew?

At the conference that evening, the canonical Israeli novelist Aharon Appelfeld gave the keynote address. He spoke about learning Hebrew. A native German speaker from Romania, Appelfeld survived the Holocaust as a child and came to Israel in 1946, learning Hebrew as a teenager and consciously choosing it for his fiction. That evening, Appelfeld, who rarely discusses his personal experiences, told us something quite intimate. When he arrived in Israel, he said, he worked on a kibbutz each day and then returned to a small room each night, where he had a notebook and a pen. And there he began to write down the names of each murdered person in his family—not in German, but in the Hebrew he had just begun learning, settling these forgotten people’s names into the ancient letters. And there, he told us, he had them forever, in Hebrew, his.

I listened to him as he spoke, in Hebrew. 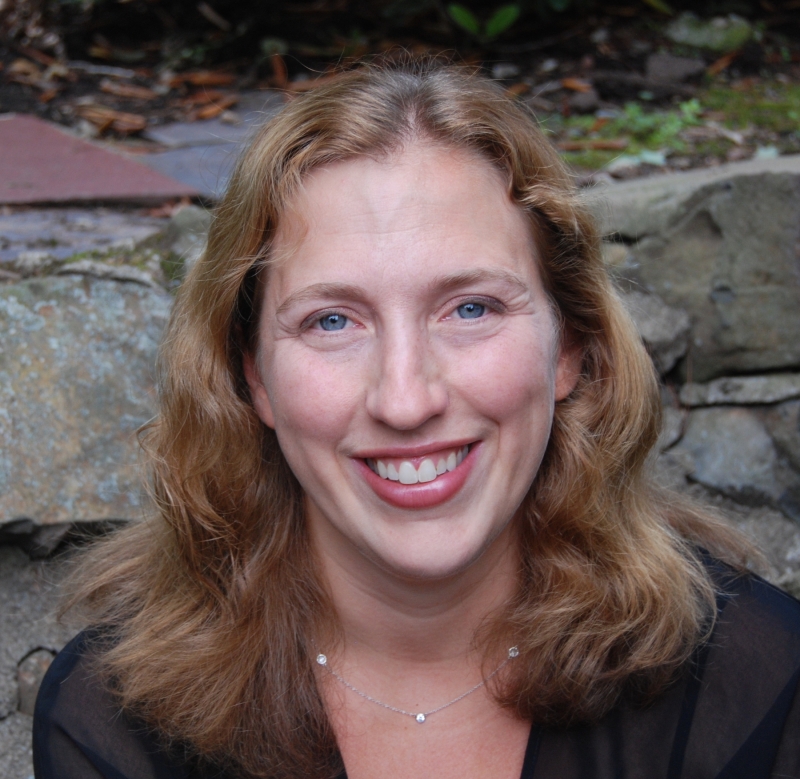 Dara Horn is the author of four novels: In the Image (2003), The World to Come (2006), All Other Nights (2009), and A Guide for the Perplexed (2013). She is also the author of a nonfiction ebook, The Rescuer (2011), and co-editor of an academic anthology, Arguing the Modern Jewish Canon (2008). A Harvard Ph.D. in Hebrew and Yiddish literature, she has taught these literatures as a visiting professor at Sarah Lawrence College, City University of New York, and Harvard University, and has lectured at over 200 universities and cultural institutions throughout North America, Australia and Israel. She lives in New Jersey with her husband and four children.